Kevin Magnussen is set to replace Pastor Maldonado at Renault's new Formula 1 works team for the 2016 season, Autosport has learned

Sources have confirmed Magnussen is poised to sign a deal over the next few days, before being officially confirmed at Renault's launch in Paris next Wednesday.

Autosport understands the move follows a disagreement between the French car manufacturer and Maldonado's long-time sponsor PDVSA, Venezuela's state-owned oil and gas company, that has led to the contract being dissolved.

It is believed a very small window of opportunity still exists for the two parties to return to the negotiating table, sign a new deal, and for Maldonado to retain his seat.

But with such a move highly unlikely, Renault has turned to Magnussen.

The 23-year-old is now on the brink of returning to F1 four months after being informed by McLaren, on his birthday, he was no longer required as reserve driver.

Maldonado will almost certainly end up out of F1 after five seasons, three with Williams and then two with the Lotus team that Renault has acquired.

There are still two seats available at Manor, where Magnussen was apparently one of a handful of drivers in the frame, as the team has yet to announce its line-up.

A Manor move for Maldonado now would require late negotiation work with PDVSA, if it remains his backer.

While the $46million in sponsorship would naturally be welcome to a team such as Manor, the political and economic instability in Venezuela - the latter on the back of plunging oil prices - may make PDVSA wary of returning to F1.

The about-turn on Maldonado comes despite the fact Lotus confirmed he would stay on for a third year at last September's Singapore Grand Prix.

At the time Lotus was in the middle of talks with Renault regarding the takeover deal.

After some deliberation, Renault eventually decided it was happy for Maldonado to retain his seat and for PDVSA to provide sponsorship.

But as time progressed and Renault took stock of its situation, it and PDVSA became involved in a dispute over funding.

It resulted in talks taking place between officials from both sides in Venezuela a fortnight ago, but with no common ground, PDVSA has this week opted to bring matters to an end.

As a contingency, Renault held discussions with Magnussen that are now reaching a conclusion.

Magnussen, who had a full season with McLaren in 2014 before being demoted to reserve as the team opted for Jenson Button to retain his seat alongside new arrival Fernando Alonso, will partner Jolyon Palmer at Renault. 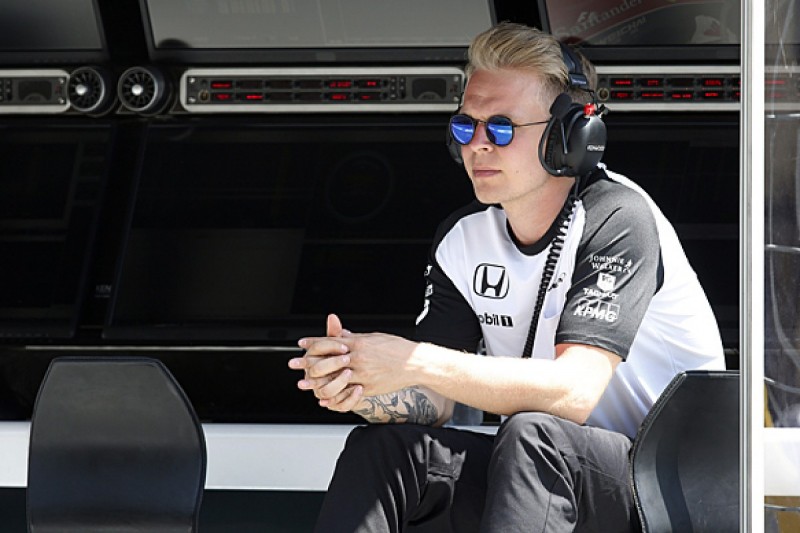 From world champion to backmarker