Kevin Magnussen says he felt "negative pressure" during his early years in Formula 1 with McLaren and Renault, and that joining Haas has helped rebuild his confidence

Magnussen began his F1 career with a podium finish for McLaren on his debut in 2014, but spent '15 mostly on the sidelines after being dropped in favour of Fernando Alonso.

Following a difficult 2016 at Renault that featured just two points finishes, he moved to Haas for '17 and says it was the happiest he has been in F1 so far.

"I've been able to let go of the pressure of being a Formula 1 driver a bit and just enjoy racing, enjoy those cars and enjoy the races more," Magnussen told Autosport.

"It's always easier when you're having fun, that's for sure.

"I am having fun here; I enjoy working with these guys, and I like the way the team is operating and the mentality within the team."

Magnussen admitted it had taken until 2017 to restore the confidence he lost when dropped by McLaren, which had supported the latter part of his junior career. 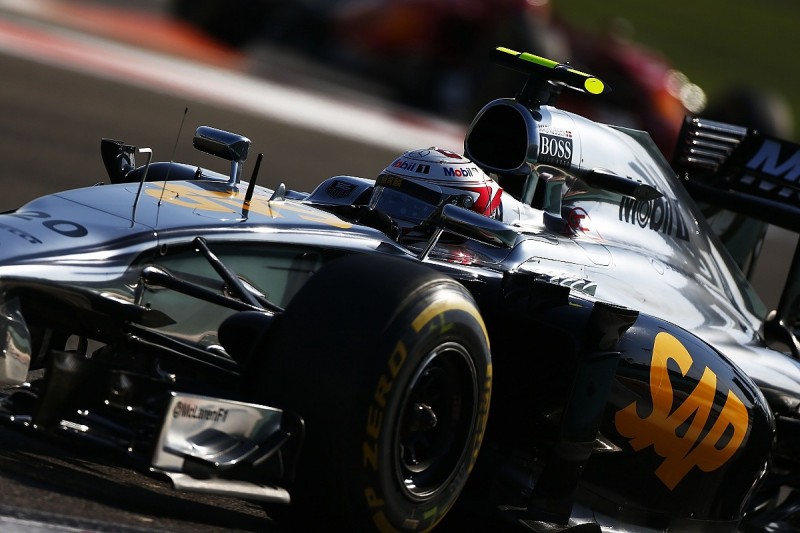 "It was tough to spend a year out of Formula 1 in 2015 when I lost the seat to Fernando at McLaren," he said.

"Then to come back, finding your way back and getting used to everything again, getting back into it in every way took some time.

"[In 2017] I've felt more normal and felt more at home, so I'm really looking forward to [2018] and starting the season with a team I know and hitting the ground running."

Though Magnussen spent his early seasons with F1 with two teams with championship-winning pedigree, he said he was in no hurry to leave relative newcomer Haas for a bigger squad.

"Obviously, if one day I get a chance to race for a top team, I'd jump at it; I'd go for it absolutely," he said.

"We're all dreaming of that but until that happens, I'd be happy here."

The car that kickstarted Jordan's giantkilling