Kevin Magnussen says he is finding it difficult to race further down the order in Formula 1, having been a frontrunner during his junior single-seater career

The Dane finished a superb second on his F1 debut in the Australian Grand Prix, but got involved in two contact incidents with Kimi Raikkonen's Ferrari in subsequent races in Malaysia and Bahrain.

The reigning Formula Renault 3.5 champion told reporters in the build up to this weekend's Chinese GP that he is having to learn to adapt to being further down the order while McLaren fights to make its car more competitive.

"It's not easy to be in the middle of the field. It's a different way to race," said Magnussen, who answered "yes" when asked by AUTOSPORT if he found racing in the pack more difficult.

"When you are at the front, a lot of what you are doing is dealing with the pressure of being on the front row and trying to fight for the win.

"It's a very different way to go about it and it's easy to get frustrated with being in ninth or sixth.

"I'm learning about that as well: there's more traffic, more people to collide with."

Magnussen accepted part responsibility for the clashes with Raikkonen, which compromised both drivers' results as the McLaren rear-ended the Ferrari each time. 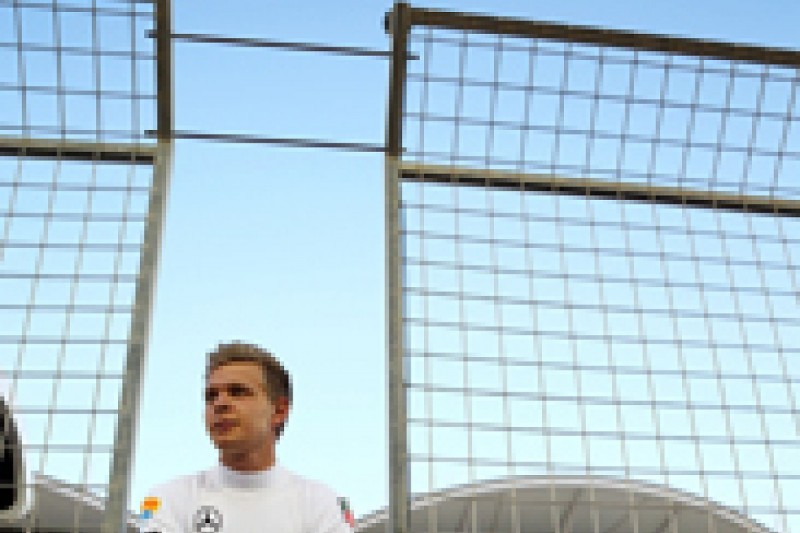 "I don't think I've been totally to blame for these two collisions, but I have some of the responsibility - I'm driving one of the cars in the collision and you can always back out or do something different so I take responsibility for my job," Magnussen added.

"I shouldn't have contact with anyone, and [I need to] make sure that I go out and have a clean race [this weekend] because changing your front wing and stopping for five seconds in the pitstop is not ideal."

Magnussen stayed on in Bahrain to test and said he had worked to understand why he struggled for speed compared to team-mate Jenson Button.

"Bahrain was the weakest race this season for me," Magnussen said.

"There were a lot of questions after the race, and to go through all of that was helpful for me.

"We just tried to focus on the set-up because that decides a lot about how the tyres react and the driving style.

"It was a place where my pace wasn't great, so it was nice to go through that in the test and [I] definitely improved."