Palmer and team-mate Kevin Magnussen are both hoping to be given an extended opportunity with the French manufacturer beyond this year.

Renault has alternatives in mind, as it is hoping to lure Sergio Perez, while its reserve Esteban Ocon has moved to Manor for the final nine grands prix of the season ahead of a potential promotion next year.

Asked about his prospects for 2017, Palmer told Autosport: "I feel good because I'm getting better every weekend, and the team can see that.

"Maybe some of the early races were more difficult, but as a rookie I'm becoming more complete as a driver.

"In terms of progress, the team are going to make a big step for next year. I want to be here.

"I know if I do the job I'm capable of, the team will believe in me and think I can do the job in the future.

"While other teams are thinking about what is happening for drivers next year, the reality is a lot of teams don't know unless they have drivers on multi-year contracts, which we don't, so there is no reason for anyone to rush.

"Any decision will be much further down the line."

As for when he expected a decision, Palmer added: "If I was a Renault boss, I wouldn't be making a decision yet because I don't see the need.

"We're focused on improving what we can this year, and also on the car for next year.

"The best situation for them is they can see over a larger number of races what Kevin and I are capable of, and if they are happy then there is no reason to change." 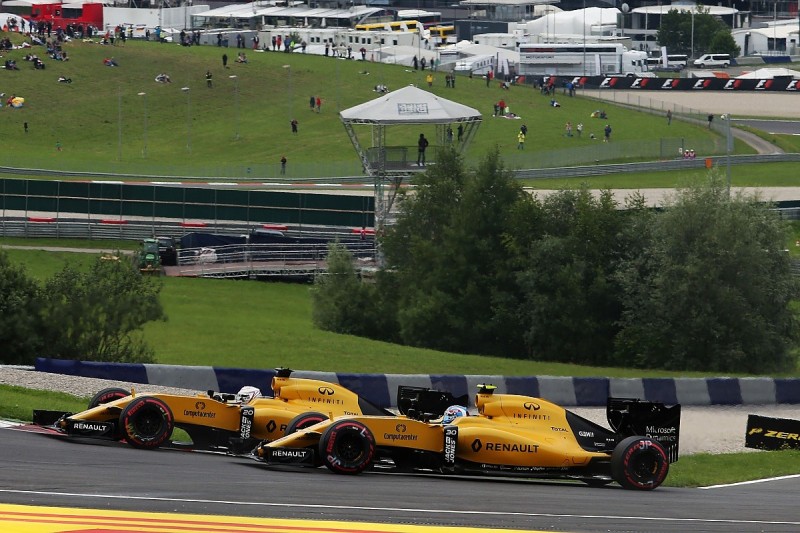 Magnussen has admitted there have been "no serious talks" as yet over his own future but feels he should continue with Renault.

"You can always look back and think you could have done better or different, but I'm giving it my all every time.

"Sometimes you go over the limit, sometimes you make a mistake, but overall I don't think I've done a bad job."

Team principal Frederic Vasseur has at least commended Palmer and Magnussen for their fortitude in the face of what has been a difficult season for Renault.

"We know we don't have the best car on the grid, but they have been able to stay motivated," Vasseur told Autosport.

"I'm happy with their commitment. It's been tough for them to be at this point of their careers.

"They have won races and championships [before F1], but this is one of the first times they have been in this situation.

"They are committed, and they have been able to keep a positive relationship in the team."