Renault driver Palmer attempted a move on Sauber's Nasr, only for the Briton to collide with the Brazilian exiting the first chicane.

Both were forced to retire with damage from the incident.

"I had a really good start, made up a lot of places, and was trying to pass Nasr," Palmer told Sky Sports.

"We were side by side through Turn 1, and then he ran me off the road in Turn 2, so we crashed.

"He's not racing very fairly and he ended both of our races."

Nasr was given a 10-second time penalty for causing the collision, and rejoined from the garage to serve it before retiring for good - leaving his 2014 GP2 title rival Palmer incredulous when informed.

"I think he should have a grid drop because he's ended my race.

"You've got to race fairly, and if you just drive someone off the road when we're side by side then the only choice I have is to drive into the gravel or we crash.

"There's better racing in GP2 and GP3 than that." 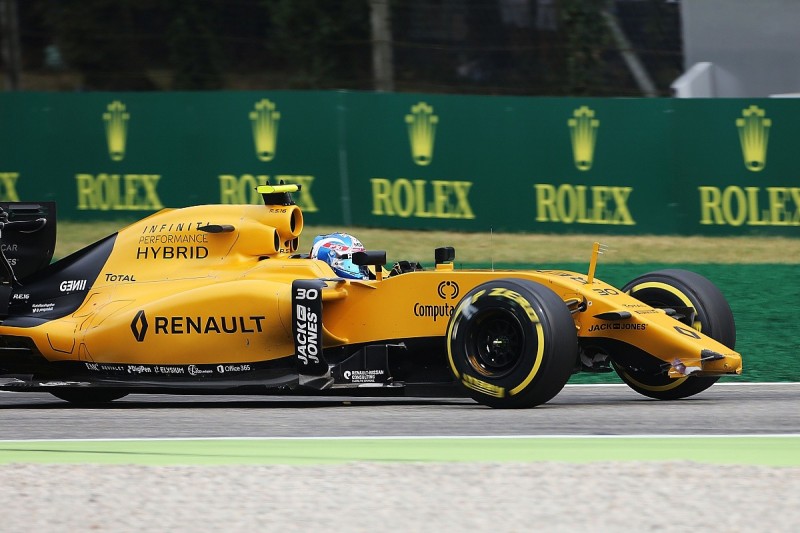 Nasr disputed Palmer's version of events, despite being blamed by the stewards.

Asked if he agreed with the stewards' decision, he told Channel 4: "If I say it's right or wrong it's not going to change anything now.

"The race is over for me and for him.

"I clearly had the car ahead and I felt a big hit coming from the rear."