The FIA implemented a partial ban on radio communications during the recent Singapore Grand Prix, in attempt to enforce a rule that says drivers should drive their F1 cars 'alone and unaided'.

The governing body wanted to bring in sweeping restrictions for the Marina Bay race, but eased those relating to the functions of the cars following a backlash from teams.

The FIA is pressing on with plans to bring in more comprehensive restrictions on radio communications next season, and 2009 world champion Button - who is the most experienced driver on the current grid with 261 starts to his name - thinks this is the right direction for the sport to take.

"If in the new tech regs, the radio limitations end up where they should have ended up in terms of not telling us anything, that is what it should be," Button said.

"We should have to do our homework and plan ahead.

"And I think the more experienced drivers are better at that. 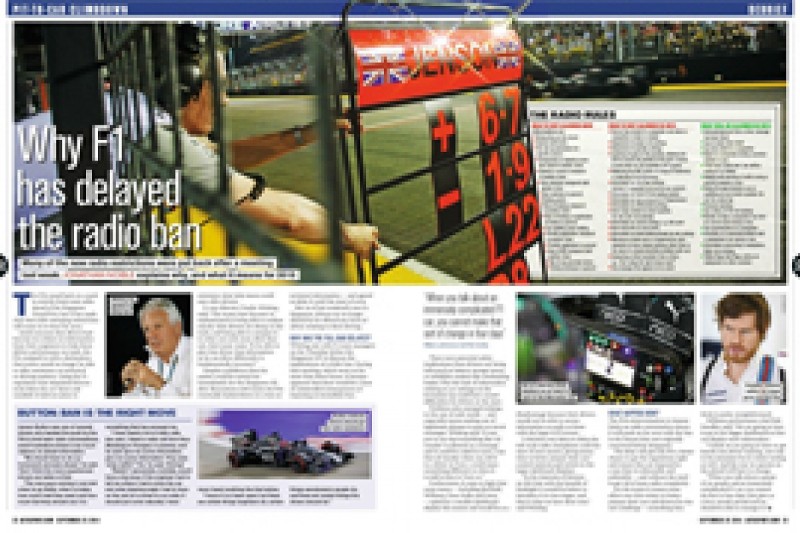 "The new guys coming in are told when to go faster, when to brake, how much heat, how much fuel - it is something that has annoyed me.

"In the years I have raced I have had help from a team, which is what it is about - you learn from things, you make your own mistakes, and you benefit from that as a driver and individual.

"For me, the way I have learned has been the best way."

For more on Formula 1's delayed radio ban and what it means for 2015, read Jonathan Noble's analysis in this week's AUTOSPORT magazine

McLaren: Too late to add third car for 2015 Formula 1 season