The 2009 world champion was the only McLaren driver to set a time in qualifying after Fernando Alonso's car stopped on his outlap in Q1, and he said he was not expecting to make it into the top 10 to take part in Q3.

"There was definitely no more in the car today, I'm ecstatic with that position," said Button.

"We didn't expect to be this far up in qualifying here, hats off to the whole team.

"Honda have brought a new power unit - it's a definite improvement. It's good progress.

"To qualify P9 in Spa, it's the best qualifying of the season. This is a tough circuit for us.

"There's long straights, mid-speed corners which don't really suit us, but it was good.

"I'm really happy with my lap - it was like getting pole position here in 2012 - actually probably better.

"We have a better race car than qualifying car so we'll see what happens tomorrow.

"Our long run pace was reasonable, so we should be able to definitely fight with Williams and maybe one of the Ferraris." 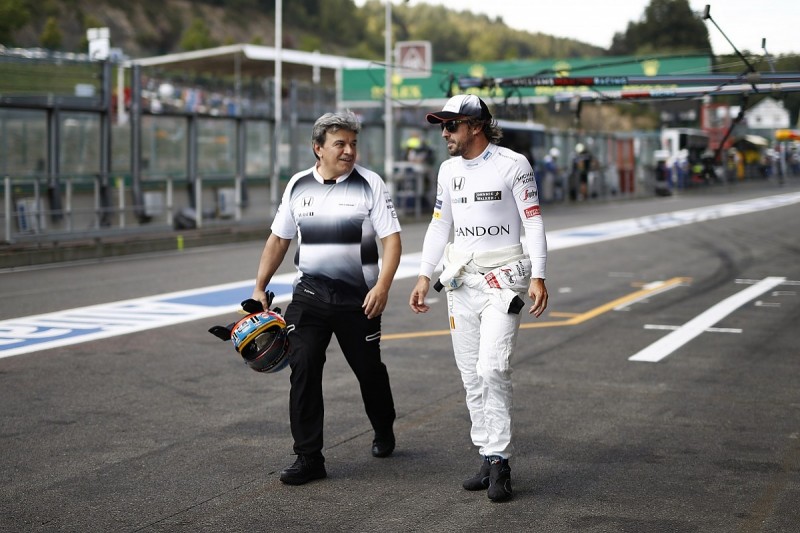 Alonso's weekend with the upgraded Honda engine has been blighted by problems, but he feels it's just misfortune rather than the new unit being too fragile.

"A little bit of luck was in play because Jenson has the same spec and has no problem at all," said Alonso.

"We need to have a thorough investigation.

"We saw problems after FP3 and we didn't have time before qualifying.

"We did 500 metres in Q1 so definitely something was clearly wrong.

"We have learned things that we need to reinforce for next year so let's take the positive side of all these problems and try not to repeat them.

"We are moving in the right direction but we need to understand what is still too fragile on the power unit.

"Next year, we need to have an engine capable of fighting for the world championship."

Alonso expects to start last on the grid - behind Lewis Hamilton - once McLaren likely carries out another engine change on his car.