Button had the opportunity to try the faster and wider F1 cars in the post-race test in Bahrain last month after being called up to stand in for the Indianapolis 500-bound Alonso for Monaco.

But Button believes pre-event simulator work will be sufficient.

"Preparation has been good, apart from the fact I haven't driven the car or these new regulations," Button said in Monaco.

"It's not perfect but the option was to do half a day in Bahrain, which I thought was useless for me to do, as it's a completely different circuit.

"So I said to the team I thought it best if I did the simulator.

"I have spent a lot of time in the simulator getting used to it.

"It will be interesting, there are a few things different, with the regulations and year-to-year with the technology, but it is still a racing car."

Regular driver Stoffel Vandoorne and tester Oliver Turvey drove the MCL32 for a day each in Bahrain instead. 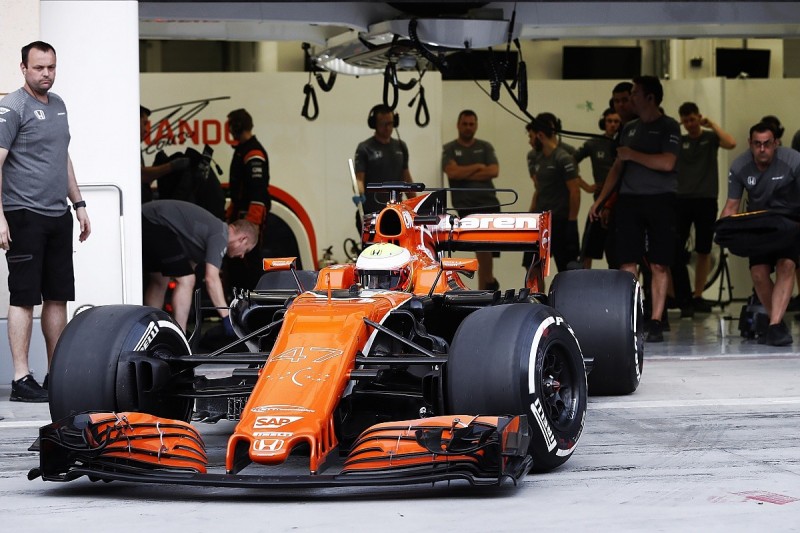 Turvey, whose Bahrain presence allowed McLaren to tick off one of the two official test days that F1 teams are required to give to rookie drivers in 2017, managed only 17 laps, while Vandoorne logged 81 laps the day after.

Button continued: "In hindsight it's always easy to say that I would have done 17 laps the day I would have tested - and only half a day!"

While Monaco is regarded by many as McLaren's best chance at scoring points in what has been a fruitless 2017 campaign so far, Button said he did not feel under pressure.

"I am very relaxed, very excited actually. It is interesting coming back for one grand prix," he said.

"Monaco is very special. I've won it before, done it for 17 years and had some really good experiences. But I don't feel any pressure at all.

"The car was working well in Barcelona qualifying. I drove the upgrade in the simulator and it was a definite improvement.

"If it is all straightforward this weekend, we should be reasonable."