The Frenchman is adamant he has demonstrated the potential to be a Red Bull driver, even though he accepts Ricciardo was stronger than him in certain areas.

He admitted he has known for some time that he would "probably not get a seat" and is set for a third season with Toro Rosso next year.

"I understand," he said when asked by AUTOSPORT if he accepted Red Bull's decision.

"Right now, it's a bit disappointing but who knows? In the future, maybe it will be a good thing to stay at Toro Rosso and get one more year to learn everything and get more experience."

Vergne insists he does not regard 2014 as an opportunity to prove Red Bull wrong.

"I don't need to prove that I can be in the seat, when you look at Daniel's results and mine they are really similar," he said. 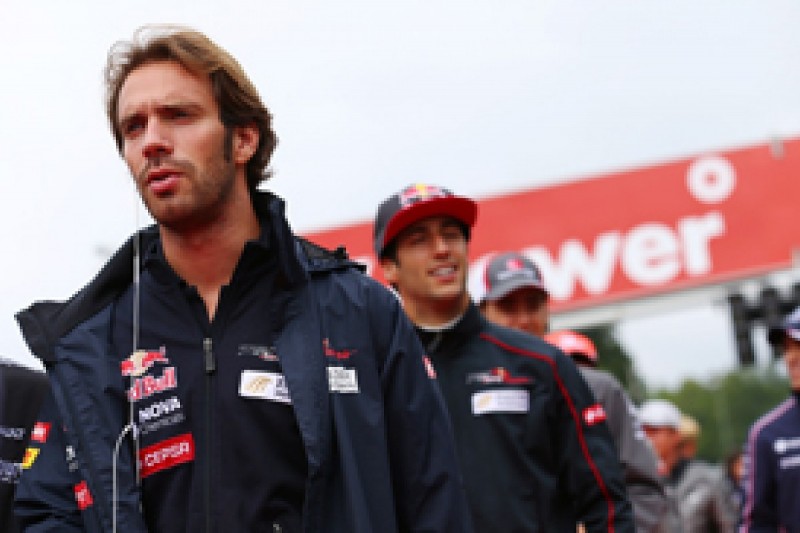 "It does not mean I am a better driver and he has done some things better than me but he has more experience.

"Looking at his performance and mine, I think I could get the seat as well."

Despite his disappointment, Vergne stressed that he does not envy Ricciardo his opportunity.

Instead, he is focusing on the fact that Red Bull opted to promote one of its junior drivers as encouragement for the future.

"Of course I'm not jealous, I am really happy for him. Red Bull took the right decision to take a Red Bull driver next year," he said.

"[For me] it's really about having the best season possible with Toro Rosso."