Hamilton was quickest in all phases of the session, as he claimed his first pole at Suzuka and smashed Michael Schumacher's qualifying lap record from 2006.

The championship leader was more than four tenths clear of Vettel after the first runs in Q3 and lowered his own benchmark by a couple of hundredths to confirm pole.

Vettel's Ferrari was provisionally on the front row after the first runs, but a small improvement at the end was not enough to stay second.

Valtteri Bottas, who almost crashed at the second Degner in Q1 after shunting in FP3, found a chunk of time on his own final run to make it onto the front row.

However, a five-place grid penalty for an unscheduled gearbox change on Bottas's Mercedes will promote Vettel back onto the front row for Sunday's race. 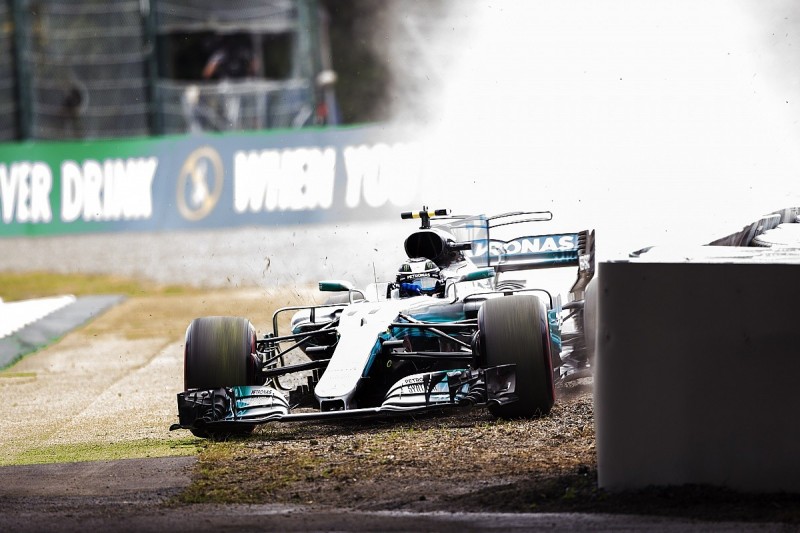 Daniel Ricciardo was fourth fastest in the best of the Red Bulls, just 0.026 seconds clear of team-mate Max Verstappen.

Kimi Raikkonen went off at the second Degner on his first run in Q3, scene of his crash in final practice, and his second effort was only good enough for sixth in the second Ferrari.

Raikkonen will also drop five places on the grid after requiring a new gearbox following that crash.

Perez is under investigation for impeding Massa's Williams team-mate Lance Stroll in Q1, while Alonso will drop to the back of the grid thanks to a 35-place grid penalty for an illegal engine change, following a hydraulic leak discovered after Friday practice.

Alonso's McLaren team-mate Stoffel Vandoorne missed out on beating Alonso into Q3 by just 0.029s after failing to improve on his second run, but he should start the race inside the top 10 thanks to Alonso's grid penalty.

Nico Hulkenberg was 12th fastest in the best of the Renaults in Q2, a tenth further back, while Kevin Magnussen scored the best qualifying result for Haas since August's Belgian GP by posting the 13th fastest time here, within a tenth of Hulkenberg.

The second Renault of Jolyon Palmer was 14th, less than three tenths from making the top 10, while Carlos Sainz Jr's Toro Rosso was cut adrift of the group in 15th, almost four tenths slower than Palmer. 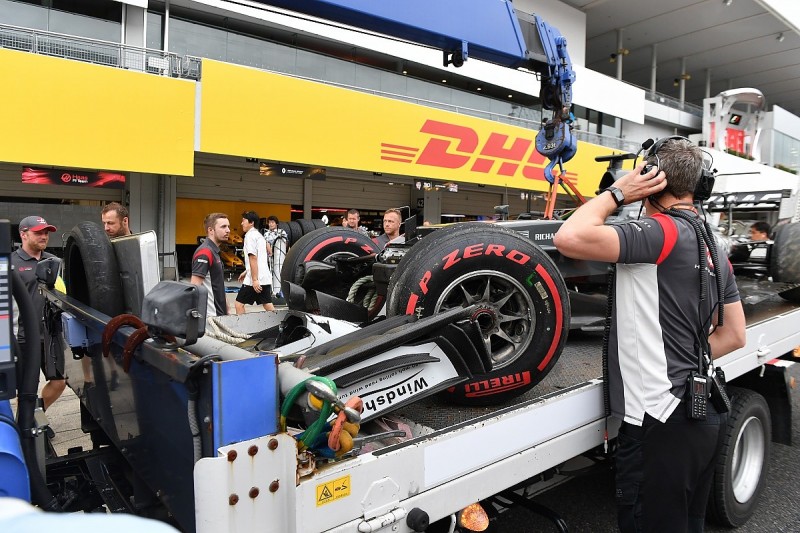 A heavy crash for Romain Grosjean at the top of the Esses in the closing stages of Q1 brought that segment to an early end, which prevented any of the lower runners from bettering their benchmark times.

Grosjean, who complained "something wrong on the car, massive oversteer" as he ran off the road at Turns 5 and 6 before crashing into the wall before Turn 7, was already in the drop zone when he crashed, having earlier lapped less than a tenth slower than Haas team-mate Kevin Magnussen.

So, Grosjean ended up 16th quickest, ahead of Toro Rosso rookie Pierre Gasly and Lance Stroll, who complained about being blocked multiple times in the early part of Q1.

Marcus Ericsson was quickest of the Sauber drivers in 19th, almost three tenths clear of team-mate Pascal Wehrlein and within two tenths of Stroll.