Jacques Villeneuve will test last year’s Alpine A521 Formula 1 car at Monza on the Wednesday after the Italian Grand Prix.

It will be the first time that the 51-year-old has driven a near-contemporary F1 car since his last race with BMW Sauber at Hockenheim in 2006.

The chance came about through his relationship with broadcaster Canal+, and is part of a 25th anniversary celebration of his world championship title, achieved with a Renault-powered Williams in 1997.

Villeneuve drove for the Enstone team in the last three races of the 2004 season alongside current Alpine driver Fernando Alonso, earning two 10th places and an 11th. He also worked with Alpine boss Otmar Szafnauer in their BAR Honda days.

The A521 is the car raced by Fernando Alonso and Esteban Ocon last season and used this year for young driver development testing by Oscar Piastri and Jack Doohan.

“It happened through the link with Canal+, French team and French TV, and I won 25 years ago with Renault,” Villeneuve told Autosport.

“So it's an outing because of that. But it's last year's car in Monza and you cannot detune them, so it will be proper laps.

“I did three races with Fernando, so I do have a past with that team, and [current sporting director] Alan Permane was my engineer.

“This is super, super exciting. It’s crazy. It'll be good to understand what these cars as well. I tried the simulator. The modern cars are not impressive in the slow speed, but they're incredible in high speed.

“I just have to make sure I have a good seat. It will be hell, because the G forces will be incredible. The good thing is at you have long straight line. So physically you can relax!” 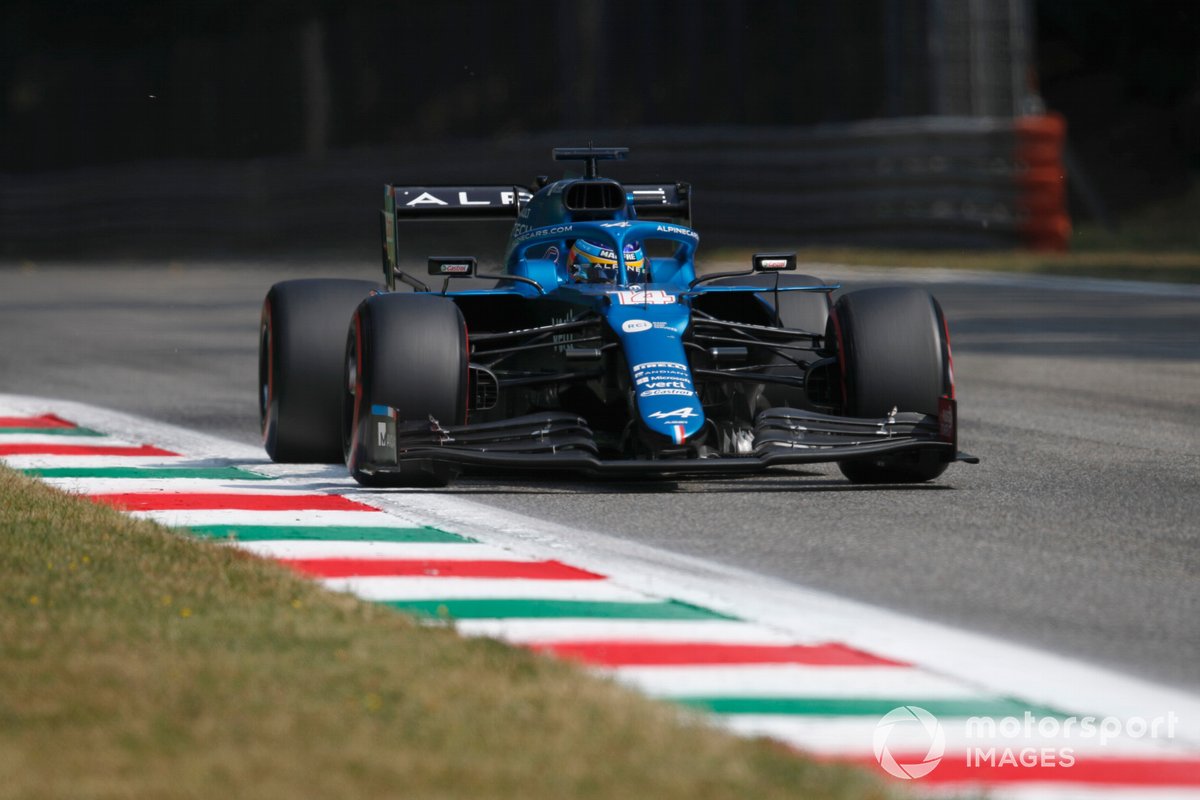 Villeneuve acknowledged that steering wheel controls are even more complicated now than when he last raced in F1 in 2006, but he’s not concerned.

"Yeah, but everything becomes a habit. I've always been a gamer, not only on racing games, and once we get habits, you can do anything.

“It's when it's not a habit that it becomes difficult, when you have to start looking at the steering wheel and think oh, what does that mean that you don't have the time. But when it becomes a habit, it's second nature, then it becomes easy.”

Villeneuve stressed that he’s still an active driver: "I've never stopped wanting to do this. So my goal lately has been to get to NASCAR. After doing Daytona this year that kind of put me in the mood of trying to get a season going. But right now I'm so busy with TV that it kind of blocks anything else."

Canal+ commentator Julien Febreau, an experience racer himself, will also get the opportunity to drive the A521 at Monza, while the team will also be running this year’s A522 for a filming day.

Villeneuve and Febreau will warm up for their Monza runs by sampling a 2012 Lotus E20 “driving experience” car at Paul Ricard this week.