Formula 1 drivers says that the grippier Istanbul circuit feels "intense" and like a completely different track following the recent surface treatment done there.

With last year's Turkish GP return having been marred by problems with the slippery asphalt, circuit officials recently water blasted the venue to try to improve matters.

The changes appear to have worked, with drivers reporting a huge step up in grip levels from their first laps out of the pits in Friday morning's free practice.

McLaren's Lando Norris reckoned that the changes to the circuit meant that the feel was a world away from what he experienced last year.

"It is quite different to what we had last season," he said. "I feel like it is five or six seconds faster than what we did last year.

"It feels like a completely different circuit. It is cool one and a good challenge." 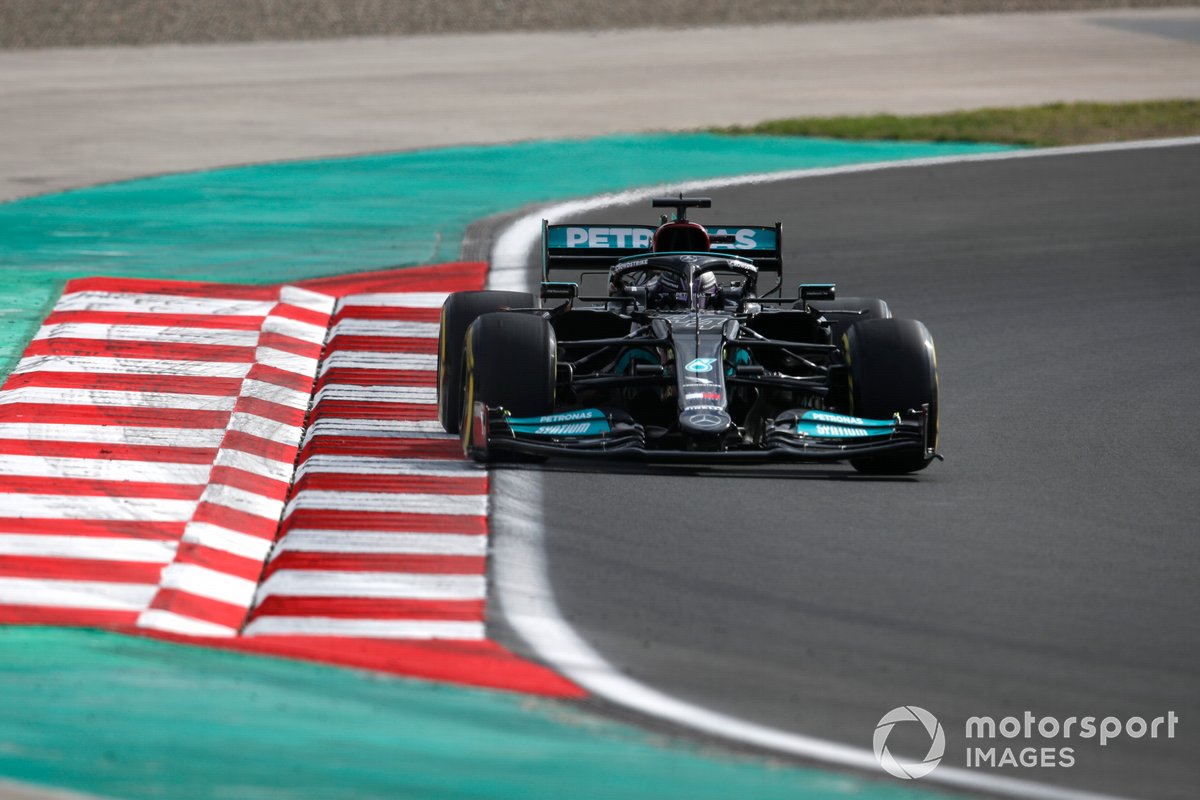 The practice times from this year were actually much quicker than Norris suggested.

Hamilton's fastest time from FP1 on Friday was 1m24.178s. This compared with Max Verstappen's best effort from last year that was 1m35.077s.

Speaking about his experience, Hamilton said: "Yeah, much, much different. I think last year was a brand-new surface, and I think oil came up, and they cleaned it off before.

"So I didn't really know what to expect when I went out there today. But jeez, so much more grip than we've ever had before!

"It's intense how much grip there is out there, which is awesome. It's made it a much, much more enjoyable track to drive, much more like it was before."

The improved track conditions did cause some headaches for drivers and teams, however, because the car setups needed for a high grip surface were much different from what was required 12 months ago.

Valtteri Bottas said: "It's like a proper grip and actually I think one of the grippiest tracks we have on the calendar, so obviously makes the track more fun.

"It's a pretty different approach with the car setup compared to last year because of that, and we had to readjust quite a bit during the day

"That was the main thing today you know: trying to adapt and trying to do the balance. I think the starting point was a bit far off, but I'm sure it was the same for everyone.

"But in practice two, actually the feeling is already pretty good and no big issues with the car. I feel like it can be a strong weekend."