The depth of data supplied by Formula 1's biggest teams for the FIA's 2019 rules research was an "incredible" example of their resource advantage, according to Force India

At the end of last month the F1 Commission voted through last-minute changes to aid overtaking.

It includes a change to the front wing endplates that will stop teams manipulating air at the front so significantly, which means a rethink on how they design their cars.

This could force teams to devote more attention to the 2019 car earlier to compensate, which those with more resources should be able to handle better.

However, Force India technical director Andrew Green and the team's chief operating officer Otmar Szafnauer believe the CFD data the teams provided to help the FIA's studies has also exposed the extent of the resource differences.

"The data that was received [from teams] was anonymous but we got to view it," said Green.

"The level of detail that some of the teams were able to go into in such a short space of time was incredible.

"We barely scratched the surface in the two weeks that we had. We did what we could with what we had and we submitted it to the FIA. 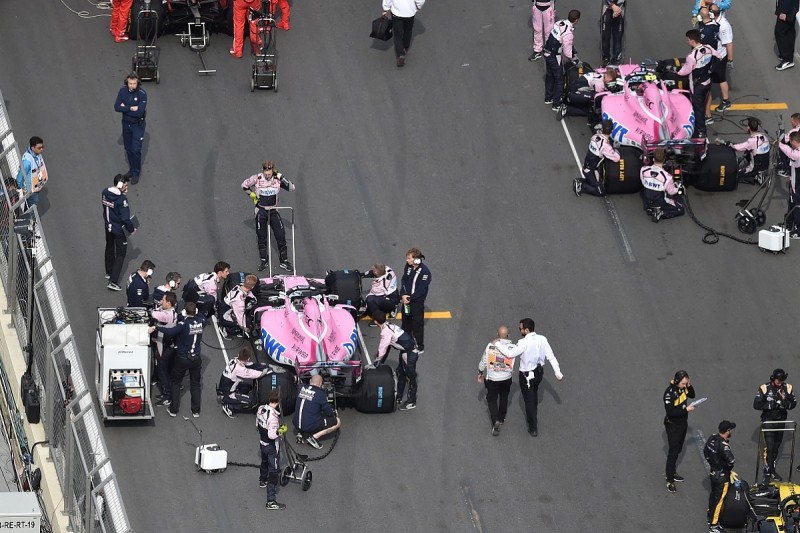 "We looked at what the other teams submitted and we think, "Crikey, for us that's a month's work, minimum'.

"We can't compete with that. It was just incredible what some teams could do in that timeframe.

"We looked on in envy at what they could do."

Szafnauer said it was "phenomenal" and purely down to their financial might, adding: "If we had twice the number of people we could do it too."

Green dismissed that and he and Szafnauer also rejected Horner's claim that the F1 2019 decision was based on "immature" research.

"There was more research done this time than any other in the history of changes [made in F1]," said Szafnauer.

"Maybe there isn't enough but there is more than ever."

Green said the current car generation had "zero" team research whereas the 2019 rules at least had "some".

He believes it will be an important benchmark for F1 to test the much bigger changes it has planned for 2021.

"It's the best possible opportunity to prove or disprove the route they are going is the correct route," he said.