There will be a stricter enforcement of the regulations around radio messages, requiring each F1 driver to drive his car 'alone and unaided'.

Hamilton said: "It is a big change and whether or not I agree with all the of the implications I think it's definitely going to make it a lot harder.

"We have to memorise a lot more things, there's so many different processes and sequences we have to go through in the car.

"We just have to figure out ways in which we can try to remember them.

"Sometimes you will see stickers in the car or stickers on the steering wheel because there is literally so much."

Hamilton added there are elements of the new rules that he is not in favour of, because they do not directly impact on performance.

"Some of it is of no benefit in terms of improving our pace or anything like that, it's just to keep the car going because it is so technical," he said.

"That's why I say some of it I don't agree with because it's irrelevant to the pace of the car or to the spectators.

"The idea is probably a good thing and you'll see it evolve over the races.

"We're all going to struggle probably in the first race in some way or some form but we've tried to prepare the best way we can." 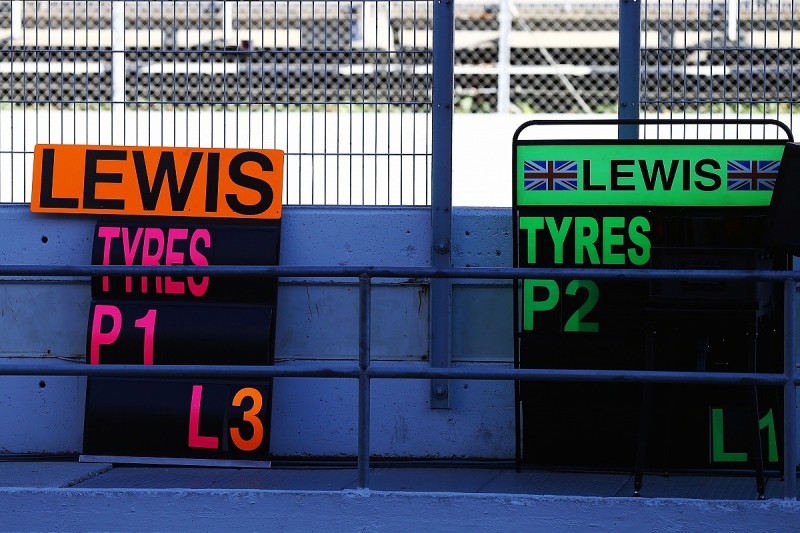 The FIA's radio clampdown is aimed at drivers receiving as little information from the pitfall as possible during grands prix.

The following is the full list of the permitted messages for 2016, with anything else regarded as a breach of article 20.1:

1. Indication of a critical problem with the car, e.g. puncture warning or damage.*
2. Indication of a problem with a competitor's car.*
3. Instruction to enter the pitlane in order to fix or retire the car.*
4. Marshalling information (yellow flag, red flag, race start aborted or other similar instructions or information from race control).*
5. Wet track, oil or debris in certain corners.*
6. Instructions to swap position with other drivers.*
7. Acknowledgement that a driver message has been heard.
8. Lap or sector time detail.
9. Lap time detail of a competitor.
10. Gaps to a competitor during a practice session or race.
11. "Push hard", "push now", "you will be racing xx" or similar.
12. Helping with warning of traffic during a practice session or race.
13. Giving the gaps between cars in qualifying so as to better position the car for a clear lap.
14. Tyre choice at the next pitstop.
15. Number of laps a competitor has done on a set of tyres during a race.
16. Tyre specification of a competitor.
17. Information concerning a competitor's likely race strategy.
18. Safety car window.
19. Driving breaches by team driver or competitor, e.g. missing chicanes, running off track, time penalty will be applied etc.
20. Notification that DRS is enabled or disabled.
21. Dealing with a DRS system failure.
22. Change of front wing position at the next pitstop.
23. Oil transfer.
24. When to enter the pits.
25. Reminders to check for white lines, bollards, weighbridge lights when entering or leaving the pits.
26. Reminders about track limits.
27. Passing on messages from race control.
28. Information concerning damage to the car.
29. Number of laps remaining.
30. Test sequence information during practice sessions, e.g. aero-mapping.
31. Weather information.

*Indicates these are the only messages that may be passed to the driver whilst he is in the car and on the track, from the time the car leaves the garage for the first time after the pit lane is open on the day of the race until the start of the race.