Ilott misses out on Formula 1 seat for 2021 season

Ilott, 22, is part of Ferrari's young driver programme, and currently sits second in the F2 points standings heading into this weekend's Bahrain finale.

The British driver had been linked with possible F1 seats at both Haas and Alfa Romeo in 2021 given the team's ties with Ferrari.

Ilott was due to feature in opening practice for Haas at the Eifel Grand Prix last month, only for the session to be cancelled due to poor weather conditions.

With F2 title rival and fellow Ferrari Driver Academy stablemate Mick Schumacher anticipated to be announced in a seat with Haas for 2021 soon, Ilott confirmed on Monday that he would not be on the F1 grid next year.

"It is time I announce that I have been told I will not be racing F1 in 2021," Ilott wrote on his social media accounts.

"Obviously I have known this for a couple weeks now. I am disappointed, but I will just work harder and do what it takes to make sure it happens in 2022.

"Anyway, I have a championship I want to win." 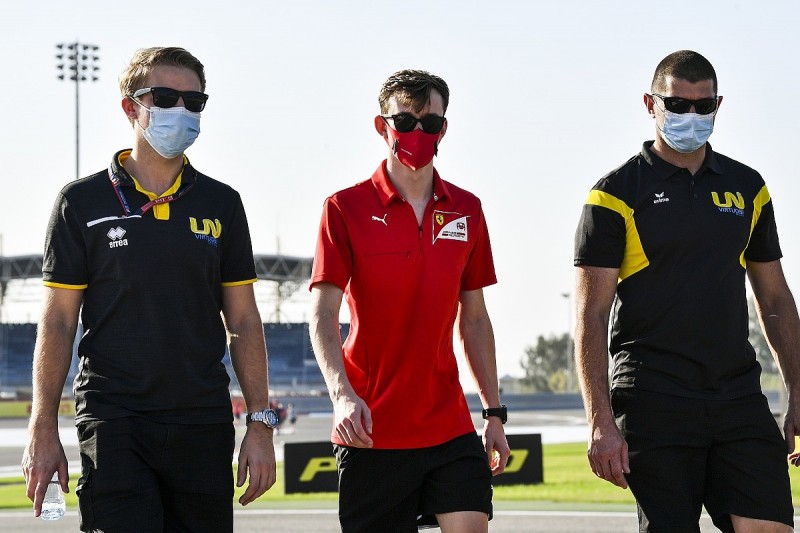 Ilott's announcement is another indication that Schumacher will be the only Ferrari youngster to graduate from F2 to F1 for next year.

The news leaves Ilott with unclear plans for 2021. Should he overturn the 14-point deficit to Schumacher in the final two races and clinch the F2 title, he would be unable to return to the championship next year.

Ilott has scored five pole positions and three wins through the F2 season to date, but saw his title hopes take a blow in Sunday's sprint race in Bahrain when contact with Jehan Daruvala dropped him to the rear of the order.

Ilott and Schumacher will complete their title battle with two races on the Bahrain outer loop this weekend in support of the Sakhir Grand Prix.

Ilott will then drive Alfa Romeo's C39 F1 car at the post-season test in Abu Dhabi in mid-December.