Nico Hulkenberg says things have gone "very, very quiet" over his chances of earning a Formula 1 seat at Red Bull next year

The German is vying with Sergio Perez for a shot at Red Bull in 2021, if Alex Albon cannot do enough to keep hold of the drive.

During an appearance on Red Bull's Servus TV channel, Hulkenberg joked the only thing he had signed recently was a new mortgage contract, but says the F1 chatter has slowed down.

"Of course I hope for a good return in the future, but there is nothing else to report," he said.

"It is very, very quiet at the moment. The reports have calmed down a bit, and I think it will be a while before there is really any final clarity."

The German, who put himself in the frame for the Red Bull seat with outings for Racing Point this year, says he is still in contact with a lot of teams, but says things are not moving fast.

"The stones have already fallen for many teams," he explained.

"The cards are laid. I had my two [race] chances and used them as good as I could.

"I'm not actively involved now anyway, but of course I'm in contact with the people that matter. But not every week now, not every day." 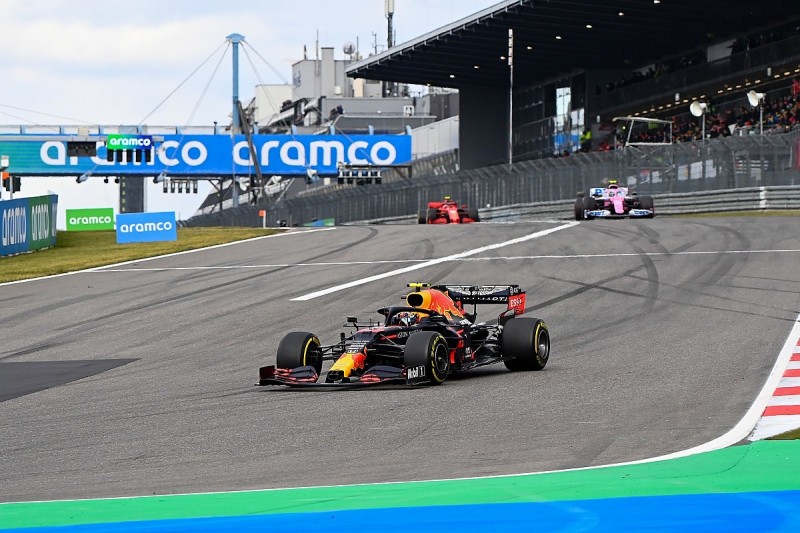 Asked when he expected a decision to be made, Hulkenberg said: "I let it come to me. I am quite relaxed. It's not in my hands.

"That's why I am on standby, so to speak. And of course I hope that there will be a comeback and a chance, which I would be very motivated and keen to do. But we just need a little patience until the final decision is made."

Red Bull has indicated that with all the F1 2021 seats now full, albeit Haas has yet to announce its line-up, it will wait until after the season to make a final decision on whether or not to stick with Albon.

Hulkenberg says his only option right now is to keep himself fit to ensure that if there are any last-minute calls up to race he is ready.

"If it does open, it's completely unpredictable anyway," he said.

"The last two times this happened, it was super spontaneous.

"Of course I can't assume and don't expect that something will happen every weekend. But of course it can happen.

"We know ourselves how unpredictable the situation is at the moment. That's why I simply have to keep myself fit and ready. And I do that too."