Hulkenberg has been a man in form since his switch to Renault was revealed in mid-October, following the Japanese GP.

He qualified a superb seventh for the US GP at Austin, before securing fifth on the grid in Mexico.

The German admits the Renault deal has helped his mindset.

"Perhaps deep down there is something that goes on," he said, when asked if the Renault deal had influenced his performance.

"My future was in quite secure hands anyway, but as I experienced last year with Le Mans [where he won the 24 Hours on debut with Porsche], generally positive stuff boosts you a little, makes you happier and you drive a bit better.

"I think it's a combination of a few things - I'm getting more and more comfortable with the car, understanding the set-up better, knowing where to put it.

"The car [also] switched on a bit more during qualifying with track improvement, more and more rubber coming down really helped the balance and grip.

"During that lap in Q3 the progression was good, the tyre was in the sweet spot.

"I couldn't have done any corner better, so the lap that put me P5 was the best lap of my whole season."

Hulkenberg did not expect to beat the underperforming Ferraris, and he is not expecting to stay ahead of them in the race.

"They are going to be strong again and it will be difficult to keep them behind," added Hulkenberg.

"Long runs Ferrari are usually very good, and they're good on tyres, too, so I still expect them to have the edge over us." 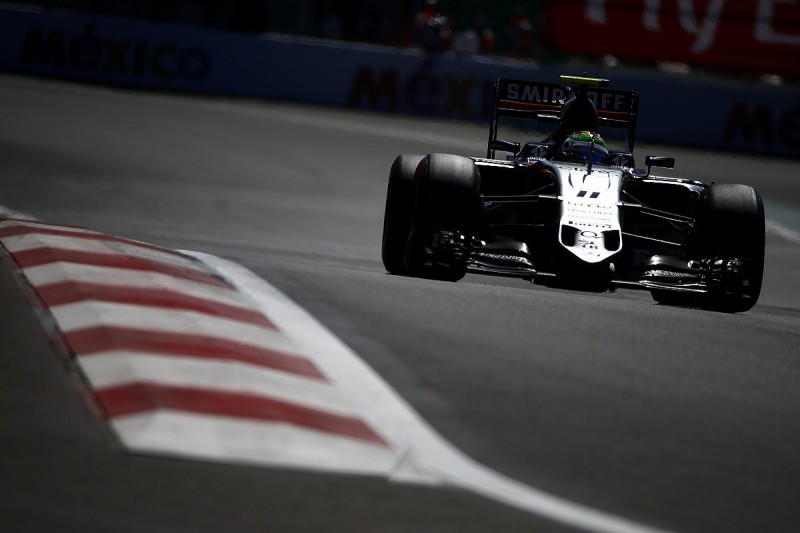 Hulkenberg's team-mate Sergio Perez qualified down in 12th for his home race, and apologised for a mistake on his final run in Q2 that meant he failed to join Hulkenberg in the top 10.

"I did very good laps in Q1, and again in Q2 on the soft tyre - I nearly got through on that, which would have been ideal," said Perez.

"On my last run I made a mistake, locking up into Turn 1 and running wide, basically screwing up my lap.

"It was my mistake, so apologies to the team and to the people.

"If there was a qualifying we wanted to do well it was here, and unfortunately I didn't get it, but I'm still very optimistic for tomorrow that I can recover."