Nico Hulkenberg reached out to Haas about a Formula 1 seat over the summer after his interest in making a comeback “crept back”, paving the way for his 2023 deal.

Haas announced last Thursday that it had signed Hulkenberg for next year as Kevin Magnussen’s team-mate, replacing Mick Schumacher after two seasons.

It marks Hulkenberg’s full-time return to F1 after three years away, the German having only made five stand-in appearances at races since losing his Renault seat at the end of 2019. He spent 2022 working as Aston Martin’s reserve driver, deputising for Sebastian Vettel in Bahrain and Saudi Arabia.

Hulkenberg revealed that he called Haas team boss Gunther Steiner over the summer to say he would be interested in a seat after finding his interest in returning to F1 had grown.

“Obviously [after] ’19 I was out and I was happy, I had some distance and some breather from it,” said Hulkenberg.

“In 2021, nothing much happened, and even at the beginning of this year, I wasn't stressing or thinking about it too much.

“But then coming towards the summer, it somehow grew in me again. When I came and visited races, and saw the action and the excitement, I had the desire to come back.

“And then the discussions started.”

Hulkenberg said that talks then got “more concrete and serious” over the last month as Haas weighed up its driver options, before ruling out retaining Schumacher or signing Antonio Giovinazzi. The deal with Hulkenberg was eventually signed last Wednesday.

Prior to his comeback interest growing again, Hulkenberg explained that he “wasn’t too stressed” about returning to F1 full-time as he was “enjoying the life out of the driving seat.” 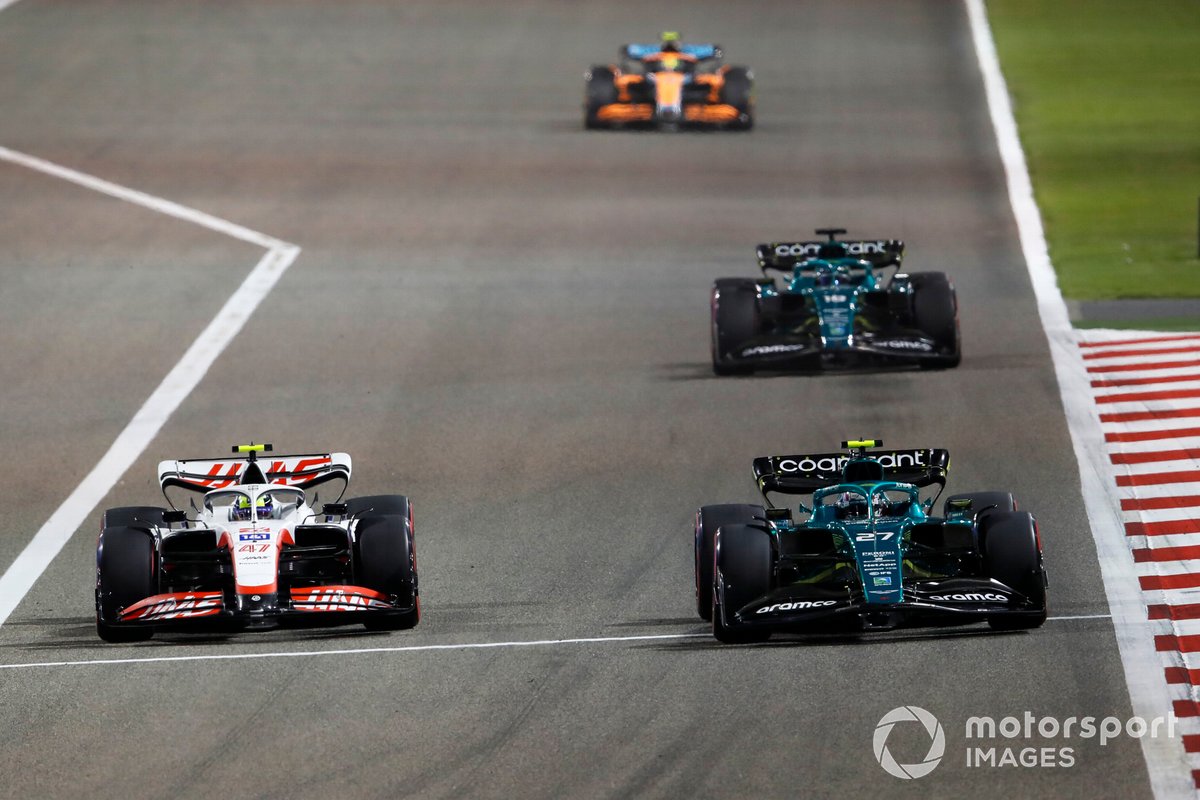 “It’s much more relaxed, there’s other benefits, but then it sort of crept back - the desire to come back on the grid, to go racing, to kick ass, to be in the driving seat.

Hulkenberg will drive a Haas car for the first time on Tuesday in Abu Dhabi when he takes part in the post-season test before making his race debut for the team in Bahrain next March.

Although he has experience of the 2022 cars from the first two races of the year and in tyre testing since then, Hulkenberg thought it would take “a couple of runs to get up to speed, familiarise with the car and work from there.”

He added: “The most important thing for tomorrow is just for me to get my head around F1 and especially this Haas car, to understand it, as it's a bit of a headstart for next year.

“Three days' pre-season testing is not a lot before the first event. So that's just for me a little teaser, to get a feel for this car and how the systems work, driver fit stuff, a lot of basics as well that you can already clear and get out of the way.”

“You never know until it's signed, but I think the last month, it got more and more concrete and serious, and I was getting more optimistic and confident that we can agree a deal,” Hulkenberg explained on Monday at the Yas Marina Circuit.