Red Bull's latest success in Formula 1's Styrian Grand Prix has stirred up further intrigue about the gains the team has made in recent weeks.

In particular, the straightline speed boost that has been witnessed since the arrival of Honda's second power unit at the French GP has left Mercedes chasing answers about why it can no longer keep up.

Red Bull has brushed off any talk that Honda's newer power unit features any performance upgrades, which would not be allowed in the regulations.

Instead, it points to other factors that have worked in its favour, including its choice of a lower downforce/drag specification compared to what Mercedes is running.

But, while Honda's hardware is the same, there are some elements that have changed recently to give it a performance step.

PLUS: How Red Bull reversed an old Mercedes advantage in the Styrian GP

First of all, how the Honda engines are being run is almost certainly a factor, with increased confidence over reliability, and a better understanding of energy management, allowing them to run at improved power levels and not be wound back.

Plus, what is going inside the power units themselves is also different. The team's fuel and lubricants supplier ExxonMobil delivered a revolutionary new oil at the Azerbaijan Grand Prix that has helped push the team forwards.

The new Mobil 1 oil is particularly intriguing because ExxonMobil made a big push in evaluating chemicals not traditionally used in engine products to help deliver the step.

The end result is an oil that features components normally used in the cosmetics industry, but are now being utilised to help improve the oil's protective film that it leaves on metal parts. This saves the engine from damage caused by extreme heat and wear.

In such a competitive world as F1, ExxonMobil won't reveal exactly what specific chemicals it has used, but says they were key to the progress it has made with its product. 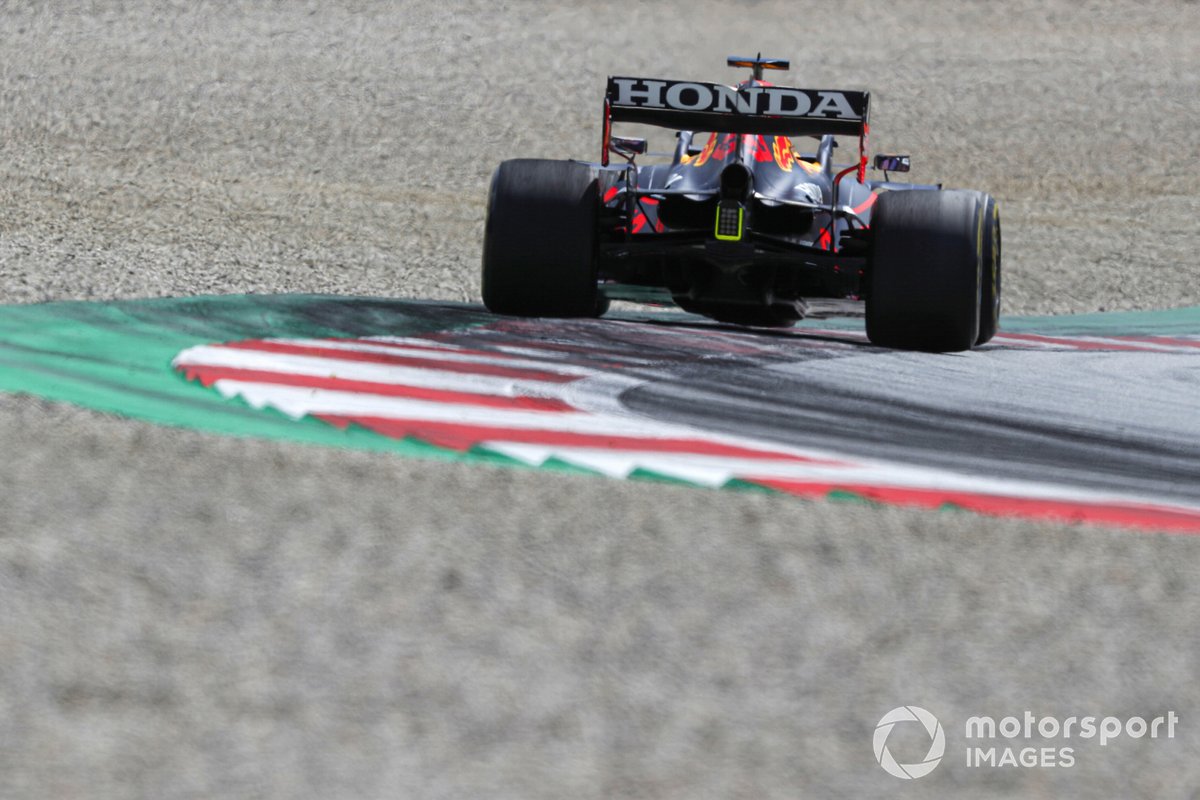 ExxonMobil Global Motorsport Technology Manager Tomek Young told Autosport: "The cosmetics industry offers many unique naturally-derived components and we had to evaluate a range of similar products before selecting the best.

"These new components were incorporated as they were found to offer many benefits, including stronger interactions with metal surfaces and lower friction, helping deliver maximum power while offering protection and fuel efficiency.

"These benefits also translate into an ability to run the engine across a wider range of operating conditions."

Young has revealed that the initial idea to use such chemicals first came up around eight years ago, and they have been tested in ExxonMobil's laboratories since then.

But, it was only over the last year, as the collaboration with Honda and Red Bull ramped up, that the company was able to bring them properly into play.

Young adds: "Some elements of the chemical composition of our new engine oil are a departure from what we would normally formulate a product with.

"What was a long shot a few years ago - a vision of a low ash, high temperature, low friction engine oil that incorporates bio-based components became a reality this year, thanks to the efforts of our whole team, in collaboration with Honda and Red Bull.

"We believe that this new platform will offer us opportunities into the future." 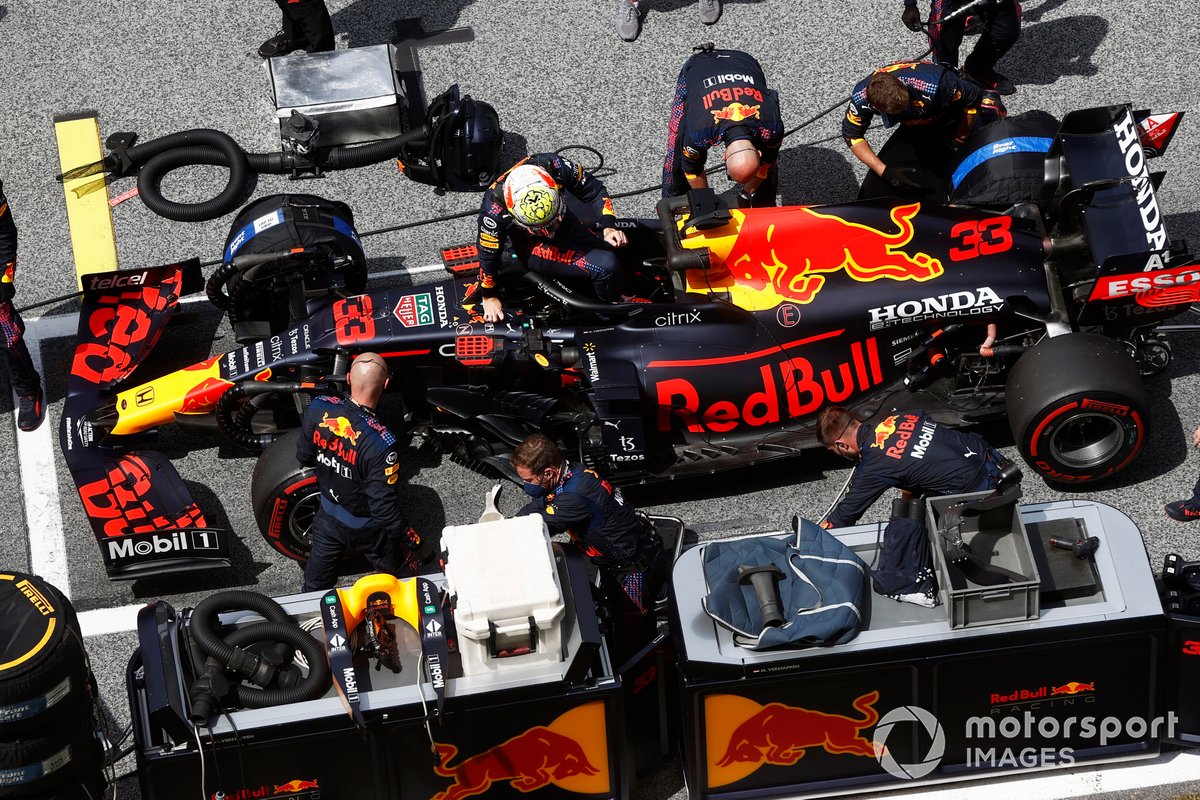 While the oil itself may seem at first glance to be quite inconsequential to an F1 car's top speed, under current regulations that limit power unit use, it is actually very important.

For if the oil delivers friction improvements and a reliability boost, then that will allow the engines to be run harder for longer.

As Red Bull chief engineer Paul Monaghan says: "If it's improved the engine reliability a little bit, then it makes it easier for us to observe the three power units per year regulation.

"And it also gives us the ability to run it more free with the miles in its most performant mode.

"We can also learn more about the car through a race weekend rather than having potentially a restriction.

"In terms of outright performance if it ups the efficiency of the engine a little bit because we have less pumping losses through it, we bring the friction down a little bit, then those are all small steps that simply contribute to an overall gain in the car's performance."

Just how much of a contribution the ExxonMobil oil has made to the Red Bull top speed gain is hard to say for certain, but Young is clear that it is one of the elements that has helped.

"We are still working with Red Bull and Honda to accumulate more performance data," he said when asked what role the oil had made in recent steps.

"The team is constantly refining every aspect that can result in a benefit, so there are always multiple changes in play.

"In the end it may be difficult to separate out at-the-track oil contribution with the contributions from fuel, engine operation parameters, and vehicle aerodynamics. But we had tested multiple formulations with Red Bull and Honda in a laboratory, before selecting the one we race with." 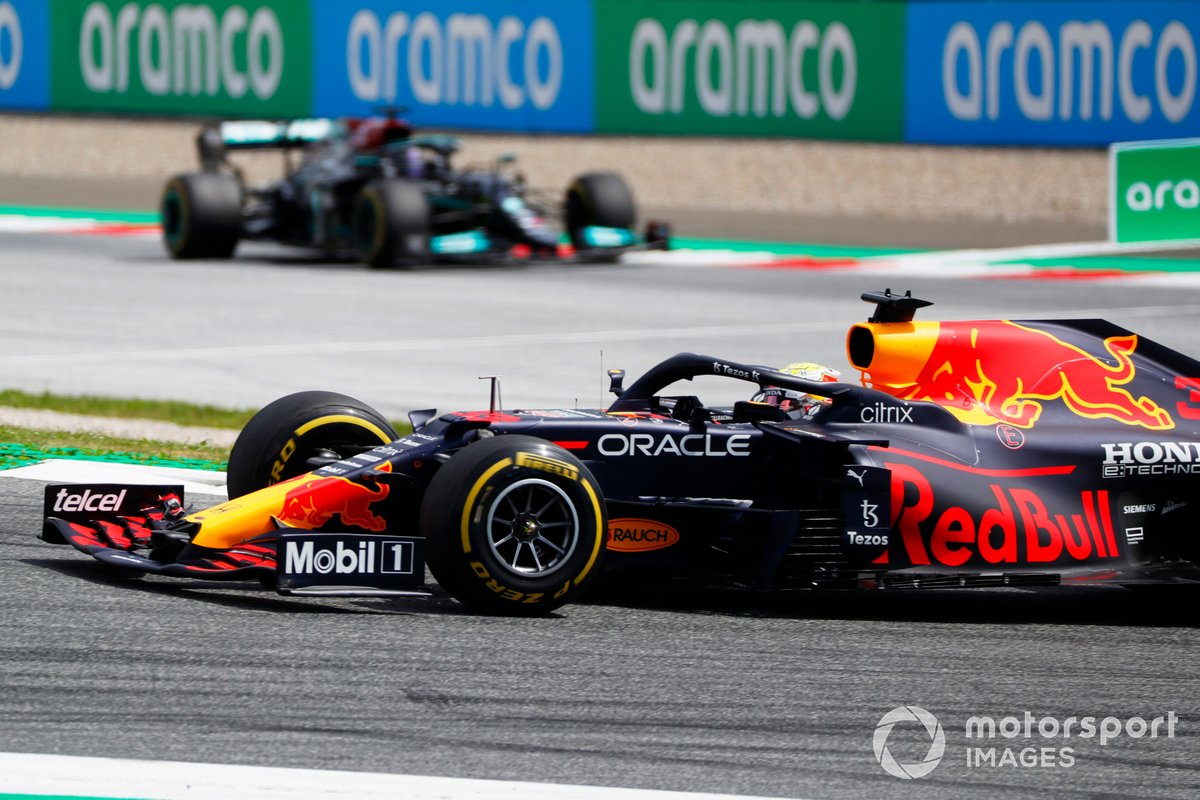 The introduction of this oil marks only the first step in freeing up Honda and Red Bull to make further engine gains though, as Young reveals.

"We made this oil so unusual that the engine can potentially run even harder down the road," he said. "So further optimisations to the aerodynamics and to the operating conditions will be possible."

For Red Bull team principal Christian Horner, the benefits are obvious: an engine that can run harder and hotter means more power and more aggressive aerodynamics through the reduced need for extra cooling.

So it was no surprise, as Mercedes and Lewis Hamilton continued pondering what his team had done after the Styrian GP, that he bigged up the role oil was playing.

"We had a new oil from ExxonMobil," he said. "So, I think they should take full credit for all Lewis' pointing at the engine." 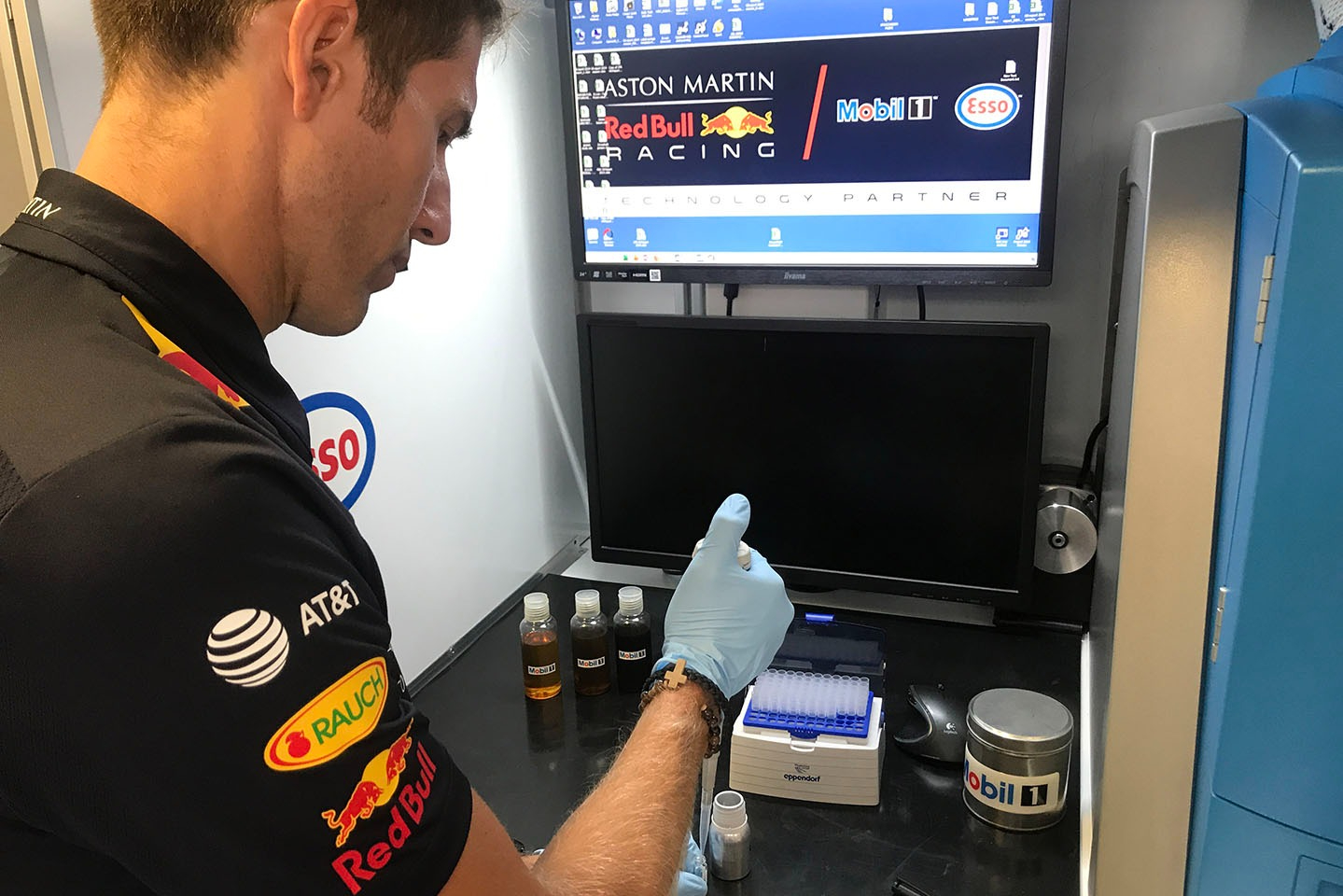