Max Verstappen's charge to the cusp of his second Formula 1 title has been pretty smooth, but that's not to say there were no bumps in the road.

Amid all the dominant form that means he could capture the crown at next weekend's Singapore Grand Prix, it is easy to forget the dramas that overshadowed the start of the campaign.

In fact, early on in the year, it appeared that his championship challenge could be over before it started, as a spate of reliability dramas allowed main rival Charles Leclerc to open up a pretty hefty advantage in the drivers' championship.

Then, once Red Bull had finally got its RB18's reliability sorted, Verstappen found himself battling against some car characteristics that were not to his liking.

Instead, the weak front end of the car appeared to play perfectly to what team-mate Sergio Perez likes from the car, and there was a phase around the Monaco Grand Prix where it looked like the Mexican would even be the main title threat.

As the 2022 season wore on, it was very noticeable that both Red Bull and Verstappen managed to find another gear, especially on Sundays.

While the Ferrari F1-75 still appears to be a faster car over a single lap, the progress that the RB18 has managed to make with its tyre degradation has been impressive.

And it is that factor which has played perfectly into the team's hands, in allowing Verstappen to not lose ground on those occasions when he started further down the order.

But more importantly, to help seal his championship advantage was the fact that he appeared to be more and more at ease with the way the RB18 was being developed, which was also taking the car away from what Perez liked.

This shift has prompted some suggestions that the team deliberately set about on an upgrade push that favoured Verstappen. 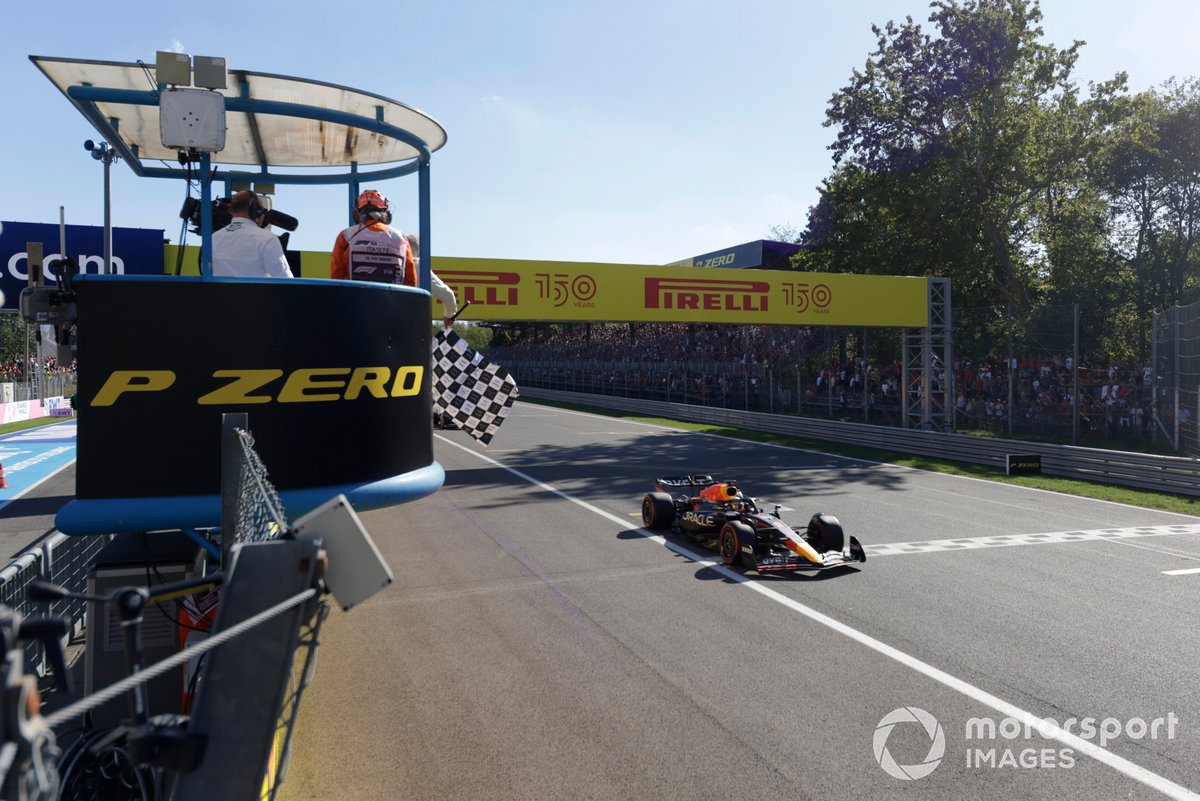 However, the reality is that the car came more to Verstappen simply through its natural evolution of being made better, and more especially the opening up of set-up windows that were not available in its infancy.

The real breakthrough for Verstappen was not some aero development or a bespoke set-up that was brought to help him make gains – it was simply that, as Red Bull got the weight off, that then delivered a double whammy of gains.

First, losing most of what was believed to be as much as 10kg of excess weight at the start of the season, delivered an automatic speed advantage.

In F1, it is said that every 10kg of weight is worth 0.3 seconds per lap, so a rough estimate means there were a couple of tenths gained.

But perhaps more crucially for Verstappen, a driver who is known to love a sharp front end to a car, bringing some extra weight off the car meant that there were finally some options to move ballast around.

Even a few kilos of extra weight shifted towards the rear of the car would have been enough to dial out a lazy front end – and bring the handling close to what Verstappen craves.

As he explained recently at Monza: "The car was very overweight, it was just the wrong place of the car as well as overweight, so that's why it was just understeering a lot more and prone to front locking."

Red Bull technical director Pierre Wache elaborated that as the freedom to be more aggressive with the set-up opened up, so that played more to letting Verstappen get what he wanted from the car.

"At the beginning of the season, we didn't have the possibility to move the weight, and it was part of the set-up," he said.

"But I think it's everything together and, after you find your performance somewhere, and it's a little bit more tricky to set up the car, then it went in the favour of Max.

"I think he's able to drive any car. Now we have to find a way to give a car for Sergio to be performing and to compete." 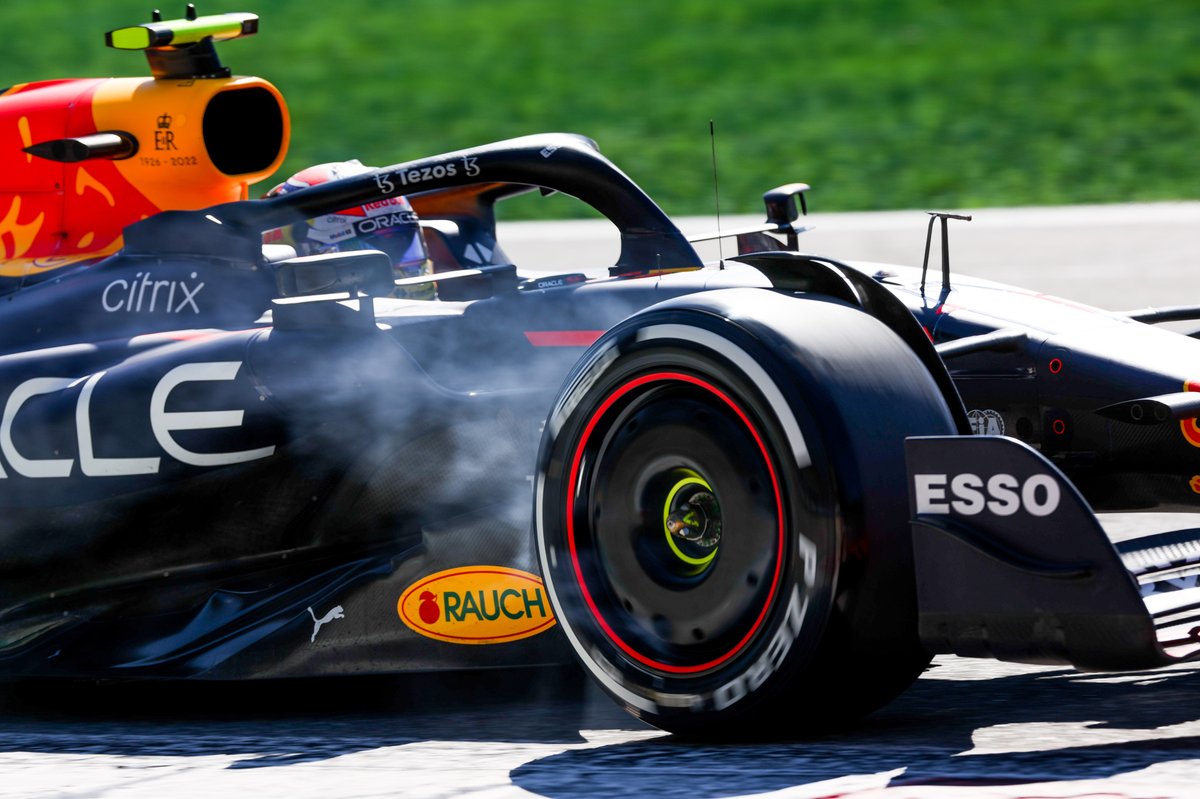 A solution for Perez

While Verstappen is completely at one with the RB18, more needs to be done to help Perez get more comfortable.

Wache says the situation is easy to understand: that Perez is not as happy with the handling as he was earlier in the campaign. But the hard part is coming up with a solution that doesn't make the car slower.

"The main factor is clearly the car balance and the confidence with a car, compared to the beginning of the year when the car was a little bit more balanced for him and a little bit less for Max," he said.

"And after the potential of development we put on the car during the season, moving away from that is maybe part of it.

"After, finding a right set-up for him, it is quite difficult to put him as confident as he could be to beat, or to fight with Max."

Ultimately, Wache concedes that the only way forward may be to sacrifice some ultimate lap time that can be won back by making Perez happier.

"Every time [it is] difficult when you try to develop the car theoretically for the performance, and after you're stuck in terms of set-up tools to re-balance the car," he said.

"Then it means that you will have to go down a little bit on performance. To achieve the right counterbalance, the desired one, I would say normally you will lose a bit of performance to make it better. It doesn't mean it's a lot, but it is this type of direction, yeah."

Brown: F1’s success in the US not dependent on American driver or team

Does Tsunoda have what it takes to lead AlphaTauri if Gasly leaves?