How porpoising has become the biggest F1 2022 headache

For anyone who has following the first pre-season Formula 1 test in Barcelona, there's one word that has popped up more than any this week: porpoising.

For those who had not heard of it before, it is something that has not been around since F1's last ground-effect era in the early 1980s.

But the return to a more heavy bias on the underfloor Venturi tunnels with this generation of cars has meant the phenomenon has once again reared its head.

It results in the cars bouncing up and down on the suspension at the end of the long straights, and it has been something that almost every team has suffered from to a greater or lesser extent.

The biggest factor here is that as the downforce builds, the car is effectively sucked closer to the track.

This leads to flow separation at a certain point and, with downforce then being lost, the car's ride height will momentarily rise. The airflow will then reattach and the cycle begins again as the downforce builds quickly to the tipping point.

The cyclic nature of this can obviously be broken very easily by running the car at a slightly higher ride height.

However, that is not something that teams want to do as that leads to performance compromises. It's here, in this small ride height pocket, where the most downforce can be found.

Teams are therefore now working flat out to understand how best to manage the situation.

No team seems to have escaped the problem, albeit they are suffering from it at different intensity levels.

This can come down to a number of factors, including the fact that, from an aerodynamic perspective, each of them have come up with their own design concepts within a very narrow set of regulations.

This is most appreciable in the design of the sidepods. But you can also transfer this logic to the front wing, floor, underfloor tunnels and diffuser, all of which have a bearing on how they'll be affected.

For example, those that find a better way to artificially seal the edge of the floor with aerodynamic flow structures will likely benefit over those that have not.

This will then potentially allow them to run the car less aggressively from a suspension perspective and get the same net result as those that are running closer to the ground.

And, whilst the regulations have been made more prescriptive in regards to the design of the floor's edge and their flexibility in 2022, teams are already looking for ways to leverage performance with different surface geometries, slots, scrolls and flaps. 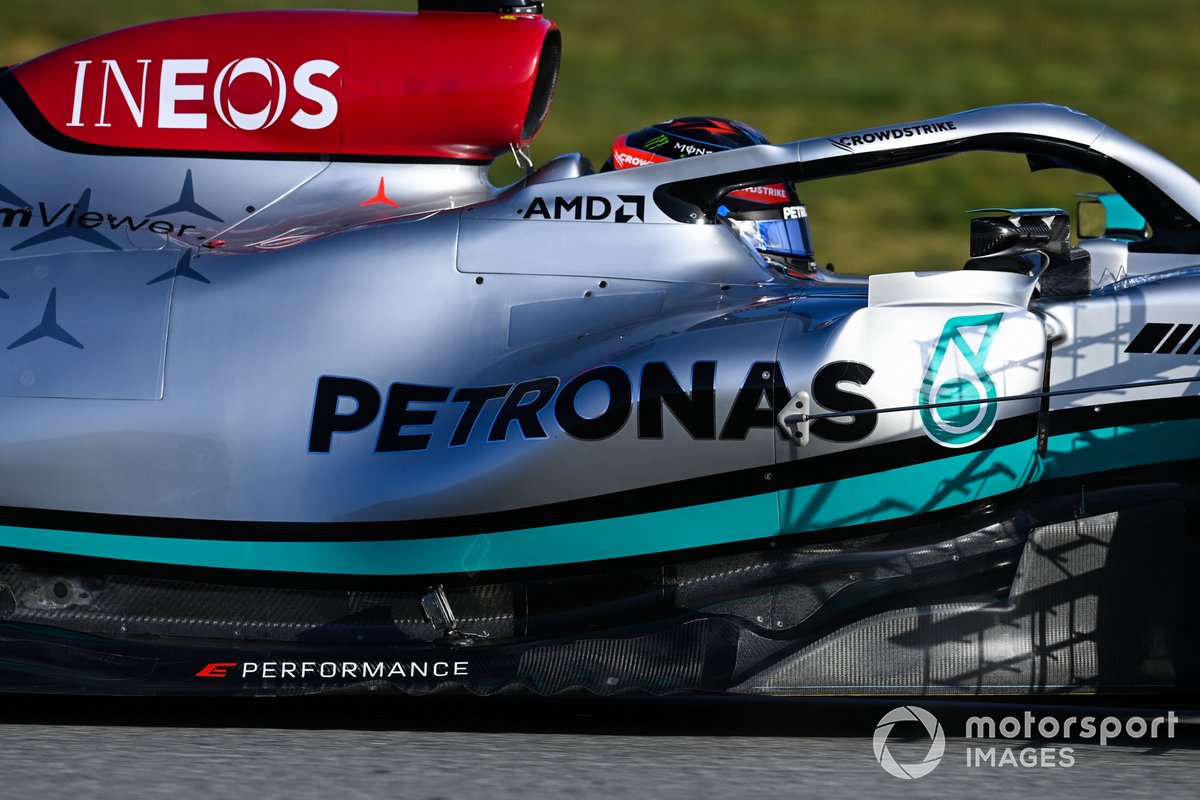 Whilst on the face of it the conundrum faced by the teams might seem to be an aerodynamic one, it's also worth remembering that some of the luxury suspension items of the last few decades that could have helped address the problem have also been taken away for 2022.

The suspension must now be classically sprung, with inerters and hydraulic systems that previously helped with compliance and platform control, now banned entirely.

An area where this might be causing the most issues is in a suspension mode called 'heave', which is the vertical displacement of the car and where teams had made the most gains with hydraulic elements down the years.

Teams will still utilise heave elements in the suspension this year, as evidenced on the front suspension of the Aston Martin, Haas and Ferrari, below. However, they might not offer the ability to fine tune the suspension's responsiveness in the way that teams have become accustomed to. 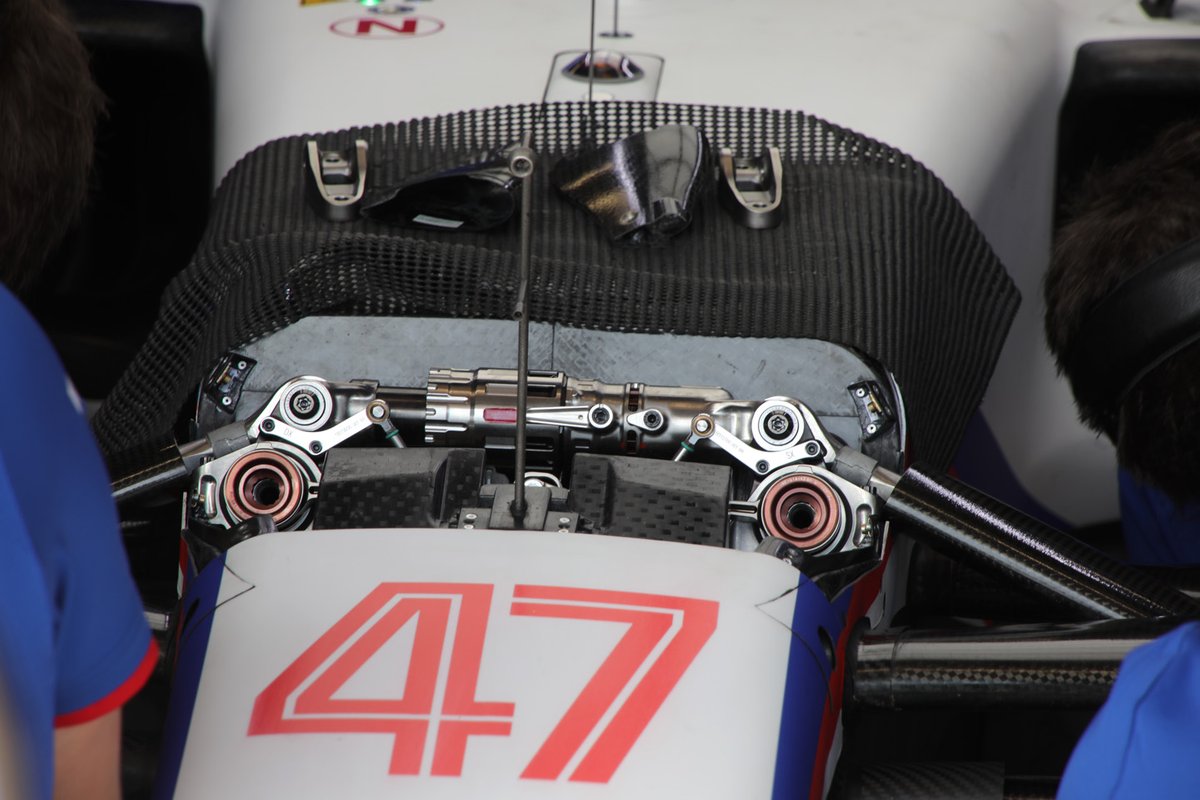 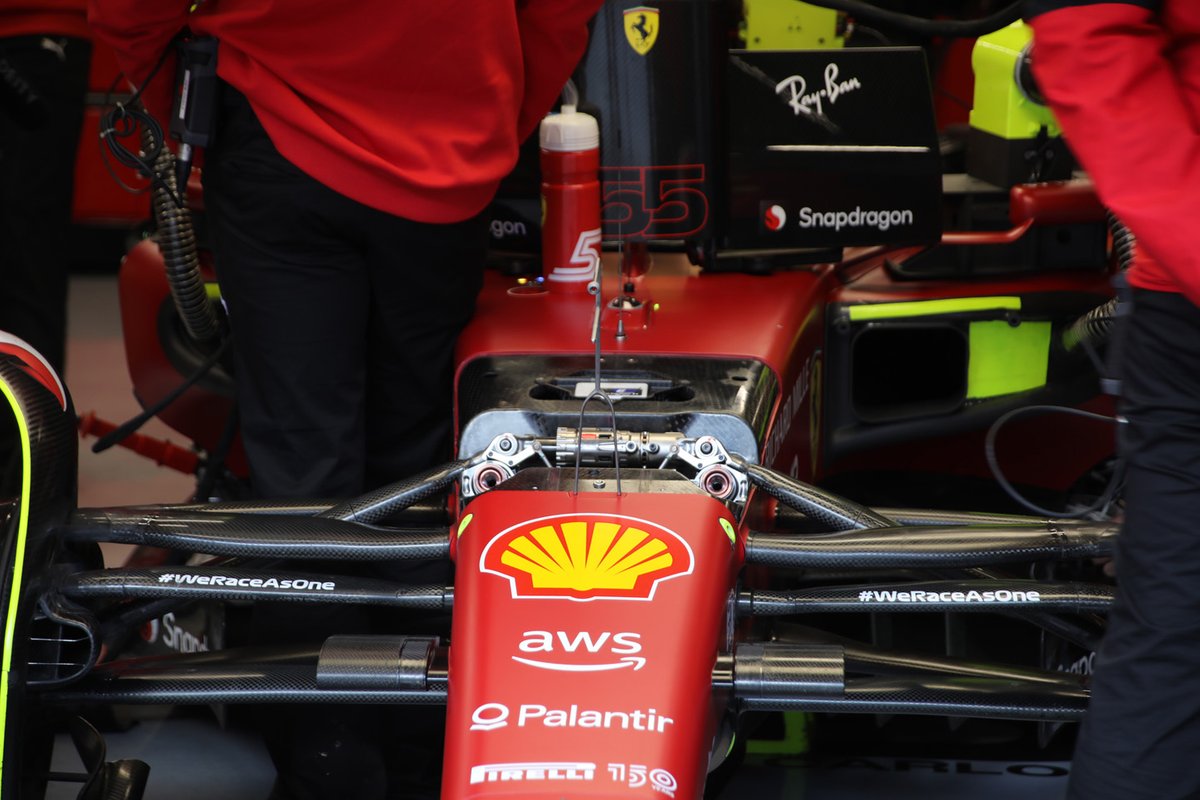 Another variable that has crept into the mix and could be causing the teams more of a headache than they might have considered is the tyres.

F1 has finally bit the bullet and exchanged its 13" wheels for 18" wheels, which has also required Italian tyre manufacturer, Pirelli, to design a tyre with a much shorter sidewall.

Teams have decades worth of experience with the outgoing balloon-like sidewall tyres, which has allowed them to tune their suspension accordingly.

In response to their arrival, the majority of the teams helped with the development of the new tyres, albeit with mule cars that have unrepresentative suspension layouts.

Furthermore, from an aerodynamic perspective, which could be critical when we consider the heavier bias towards downforce being generated by the floor, we must consider the tyre's deformation characteristics when loaded.

After all, teams have honed their simulation tools to deal with the effects posed by the phenomenon known as 'tyre squirt' for over a decade.

This has a significant bearing on the performance of the diffuser, as airflow is squirted laterally into its path as the tyre deforms.

Teams have used a variety of different techniques during the previous regulatory eras to help manage this effect, with all sorts of strakes, flaps, slots and fully enclosed holes in the floor ahead of the rear tyre used to push the airflow laterally across the tyre face to reduce its effect.

It had been expected that the shorter sidewall of this generation of tyres would pose less of an issue, as there's simply less deformation due to the sidewall's stiffness.

But, with reduced fidelity from the heave elements it could lead to a much peakier 'tyre squirt' variant as the rear of the car compresses towards the track surface.

It's also understood that the simulations conducted by the teams in CFD and their wind tunnels did not show the level of porpoising that's currently being seen on track, suggesting that there's work to be done both trackside and back at the factory to understand how to deal with the phenomenon.