Formula 1 cars have strict weight limits teams have to follow, but what's included in those limits and how much do the parts weigh? Find out here.

It’s no secret that weight is everything in Formula 1, but also that F1 cars have been getting heavier over time too. In 2022 the cars are comfortably the heaviest in the championship’s history and this gain can typically be explained by increased safety features in recent years (the halo weighs 7kg, for example).

In 2022 the minimum weight of a Formula 1 car is 798kg (1,759 lbs). The original limit was set at 795kg, but the limit increased by 3kg as teams struggled to meet it. This is for the mass of the car with the driver, fitted with dry-weather tyres, but without fuel. The minimum weight limit is set by the FIA in their rulebook.

However, each team’s car will be at varying amounts over the minimum weight depending on the team. For example, this year, 2022 has seen cars run overweight compared to this minimum value. Alfa Romeo was believed to be the only car that is not considerably overweight, hence why the team is particularly opposed to the raising of the minimum weight limit earlier in the season.

This minimum weight is measured after the grand prix, when the car has used its fuel. The total fuel capacity of a Formula 1 car is 110kg, meaning at the beginning of a grand prix with the driver and a full fuel load the car will weigh at least as 908kg, assuming they have a full fuel load. 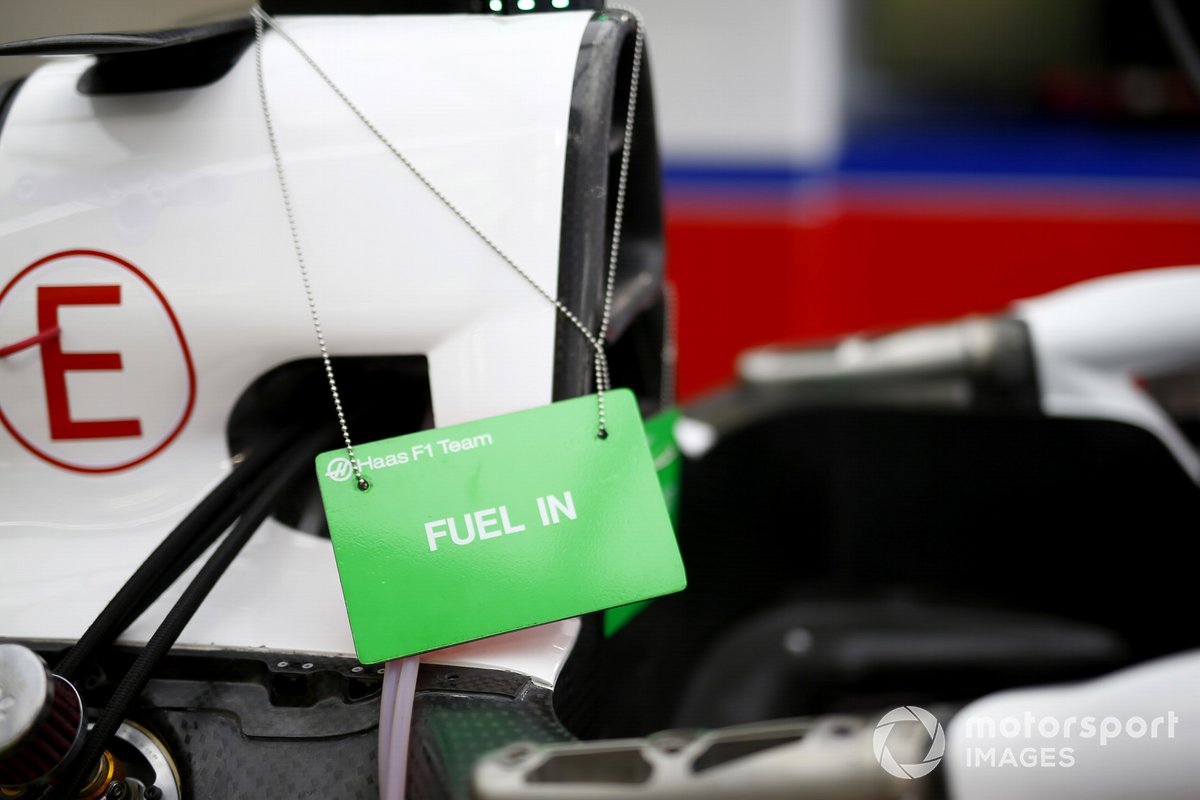 However, teams may choose to run with less than 110kg of fuel depending on the track - tracks with heavier braking and acceleration zones make for higher fuel consumption.

There is no upper limit in terms of the weight of a Formula 1 car, however it is highly undesirable to be overweight. Increasing the weight makes the car slower, so teams aim to get as close to that lower limit as possible. If cars are under the minimum weight limit teams will add ballast, which is extra weight to hit this minimum weight. This ballast can be placed anywhere on the car to improve balance meaning it is desirable to even aim below the minimum weight figure, and to then have extra weight in the form of ballast to play around with.

How much does a driver weigh?

With the shortest, driver Yuki Tsunoda, being 5’2” and tallest drivers, Alex Albon and Esteban Ocon, both being 6’1”, there is no surprise that weight fluctuates between all the drivers. However, FIA rules state a minimum weight for an Formula 1 driver of 80kg.

If the driver weighs less than 80kg (which is the vast majority of drivers) then this difference is corrected with ballast. This ballast is added to the cockpit so it cannot be placed anywhere on the car to improve balance. This figure also includes the driver’s helmet, race suit and shoes so drivers do not aim to weigh exactly 80kg.

This 80kg minimum rule was implemented in 2019 to reduce the advantage shorter and lighter drivers had. Before this rule, the driver weight was included holistically within the overall F1 car weight rules which meant lighter drivers provided teams with more room to improve the balance of the car. Before that, it was not uncommon for drivers to be told the specific weight they were allowed to be by their teams, and this was often lower than what was healthy for the drivers. 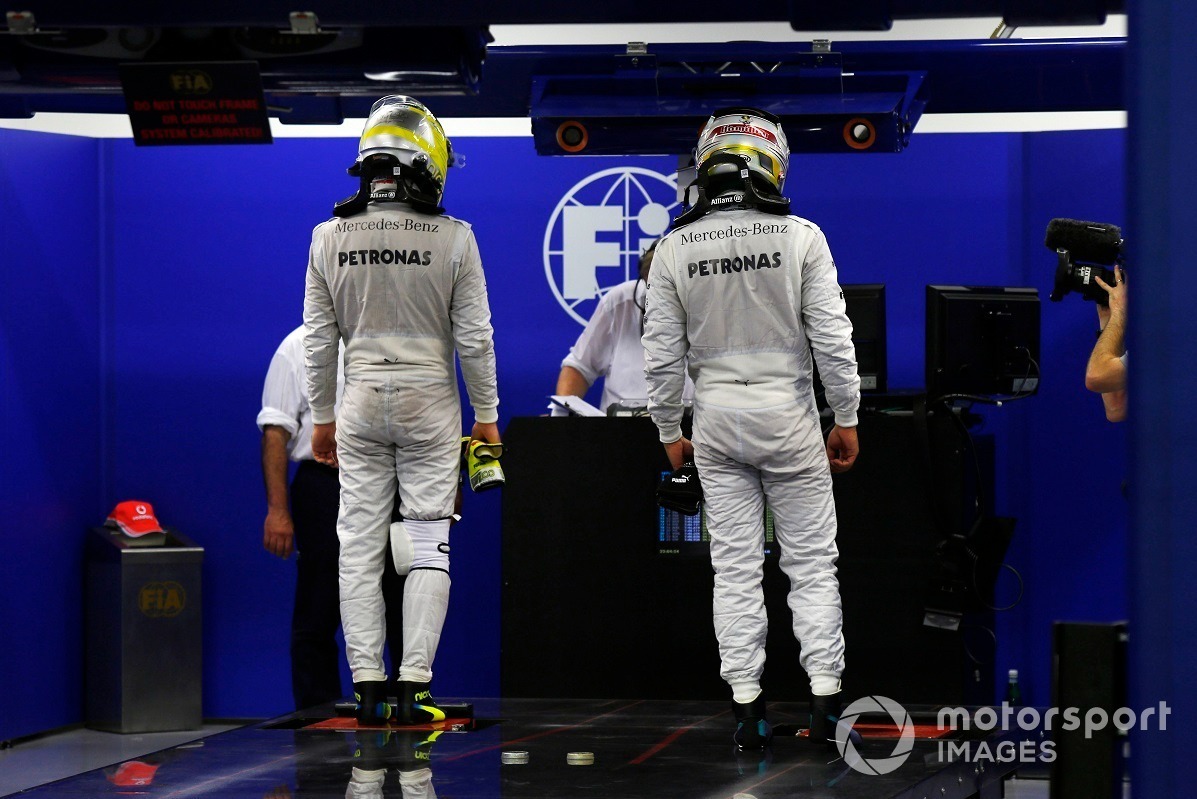 Why do drivers get weighed after a race?

Drivers are weighed after the race for two reasons - one is to measure how much weight a driver has lost during the race, and the other is to ensure that the driver and car still meet the minimum weight limit.

Drivers lose around 2-3kg a race, even more in hotter conditions, so they are weighed to understand exactly how much weight they have lost so fluids can be replenished and subsequent training programmes for the next week are informed by any dramatic weight loss. Secondly, as the minimum mass of the Formula 1 car includes the driver, their weight needs to be known so that when the car is weighed the two figures can be added up to ensure the teams have reached that minimum amount.

The drivers are weighed with their full race gear, including helmets, as this is included in the weight of the driver, and this means the FIA can calculate that the correct amount of ballast has been added if necessary.

How much do F1 parts weigh?

While the entire F1 car should weigh no less than 798kg, the heaviest part of a Formula 1 car is the engine which must weigh a minimum of 150kg, whereas the lightest part is the steering wheel which weighs 1.3kg. Some parts have minimum weight requirements listed in the rulebook, whereas others are free for teams to make as light as possible. 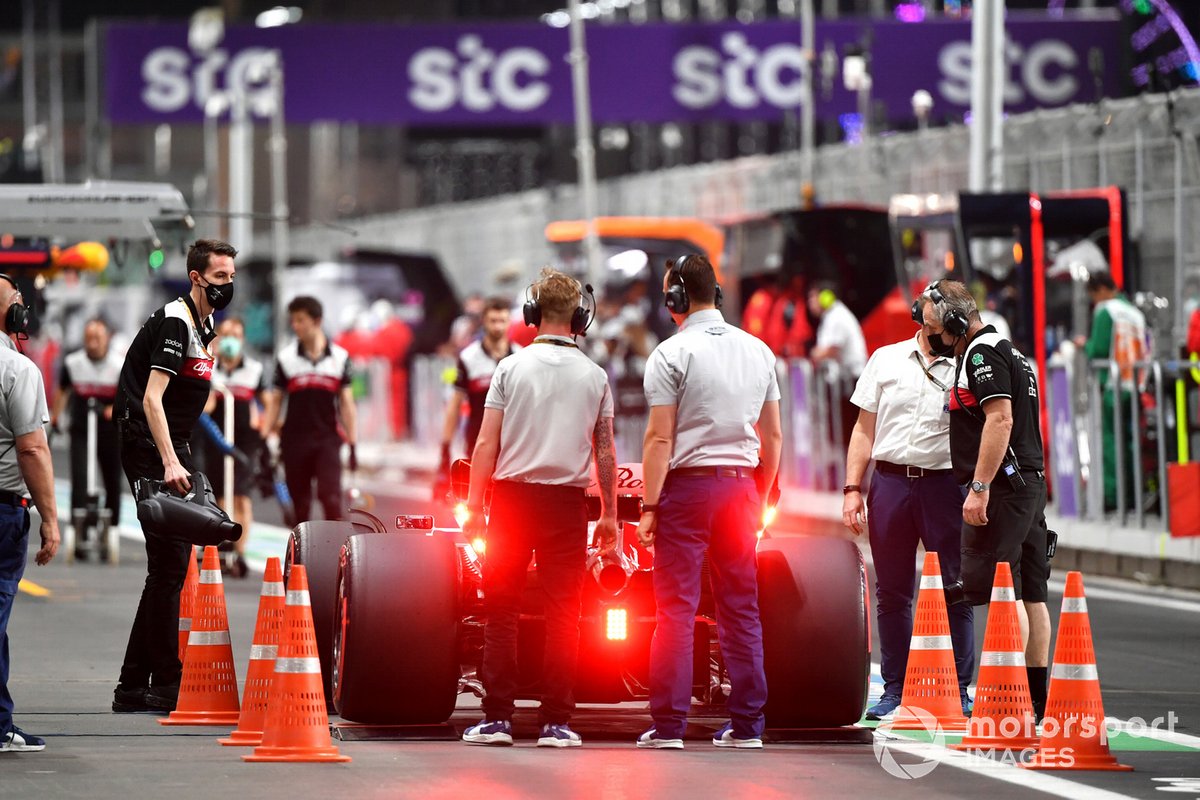 Scrutineers at the weighbridge with Zhou Guanyu, Alfa Romeo C42

F1 weight through the years

The 2022 cars are now comfortably the heaviest in the history of F1, and this is largely the result of safety regulations that have mandated the inclusion of safety features such as the halo. The banning of refuelling also contributed to larger, and therefore heavier cars.