Mercedes has played down expectations for its Miami Grand Prix upgrades, but the Formula 1 team’s ambitions are clearly based on a pretty innovative front wing revamp.

While at the back of the car, Mercedes has played things pretty conventional with its low drag rear wing, at the front it has taken things to the extreme with its endplate, which offers a hint at how it intends to push forward with the W13.

Having been plagued by the ill effects of porpoising since the campaign got underway, Mercedes has a clear intention of better managing the way the car behaves so it can run it lower to the ground. 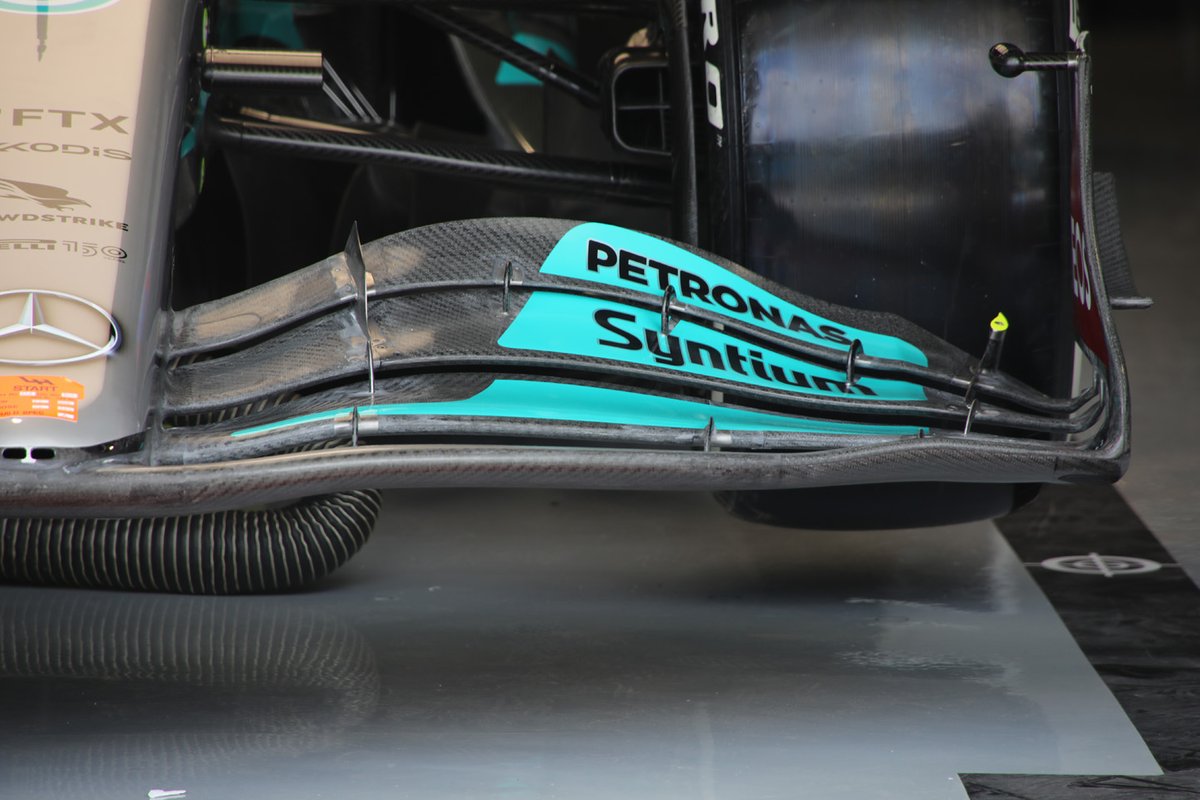 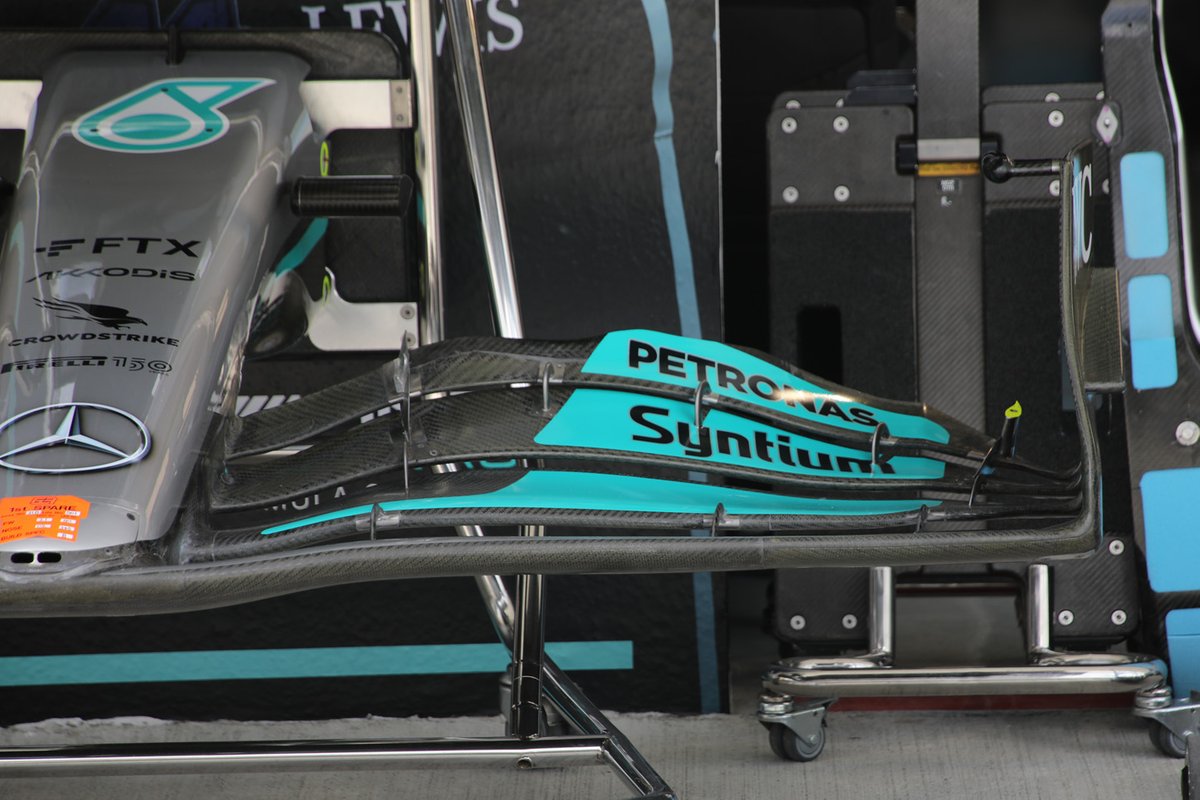 It’s clear to see that the geometry of the front wing’s upper flap has been revised, with the section that had previously been trimmed back returning to its regular curvature (new wing specification on the left, old on the right).

However, it’s the outer corner of the front wing that the team seems to have placed the highest priority on overhauling.

Not only is the leading edge of the mainplane now upturned, there’s a novel approach being taken to the design of the intersection between the flapped section and the endplate in order to try to recoup some of the outwash that was lost with the new regulations. 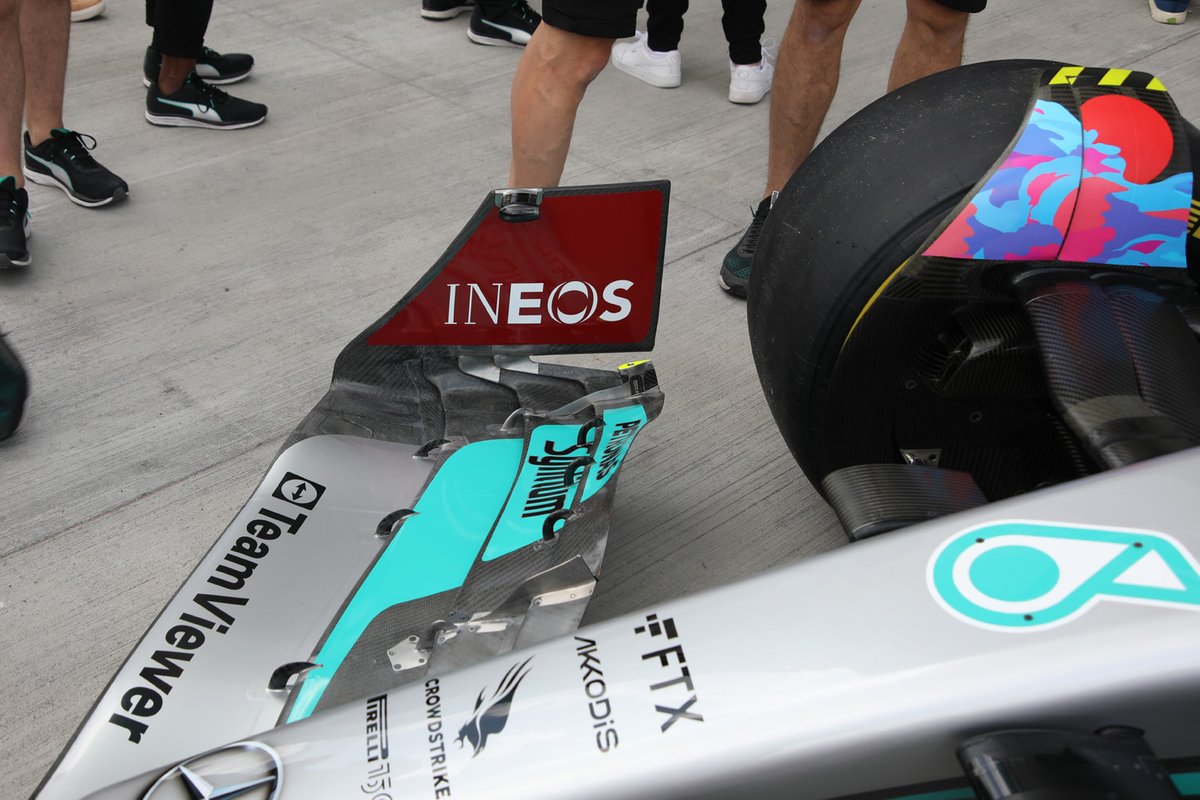 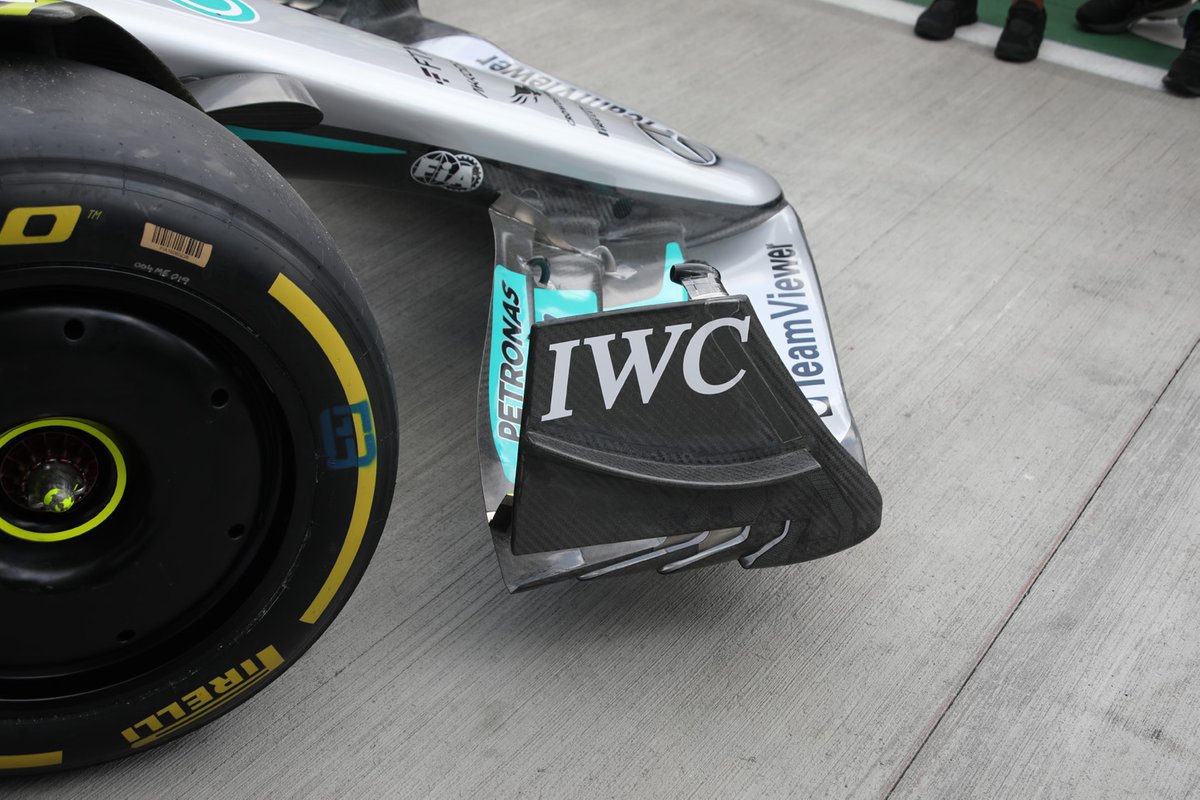 The flaps have been swept forward very aggressively in the outer section, so the rear lower edge of the endplate is completely detached from the flaps.

This has required the team to add some metalwork into the structure to prevent the flaps and/or endplate from deflecting more than the static tests permit.

It’s certainly an interesting interpretation given how it will drastically alter the airflow's behaviour, not only altering the tyre wake but also in creating somewhat of a domino effect on the other flow structures downstream.

Given the extreme nature of the design and given how most teams had converged on very similar solutions up until this point, it is unlikely to have been considered when the regulations were formed and will undoubtedly have the other teams questioning their own development paths going forward. 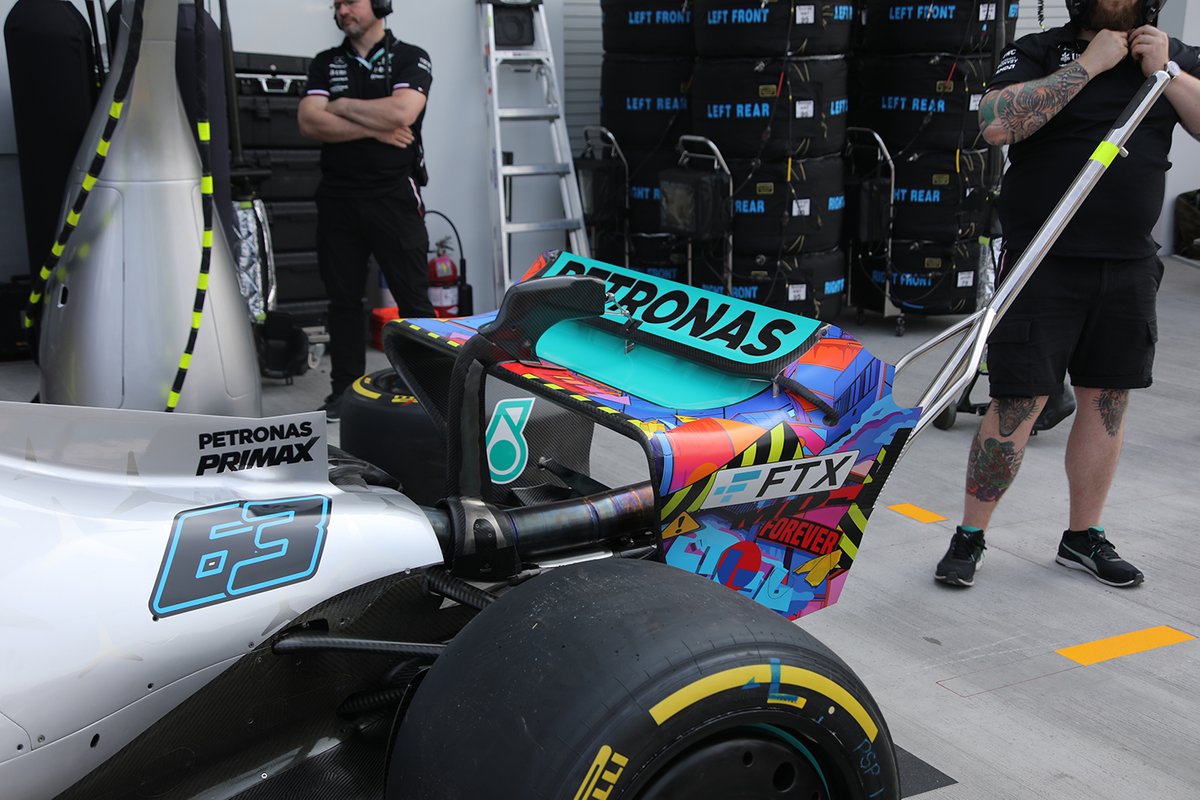 At the other end of the car, a new, lower downforce rear wing see the team continuing to use a more traditional mainplane design like we’ve seen in previous eras, with a flat leading edge, rather than the spoon-shaped design we've seen some of its rivals adopt.

The beam wing elements have been revised too, with a very similar approach taken, as the chord length of the upper element has been reduced near the outboard end in order to reduce the load and drag being generated.

Hamilton gets two-race F1 exemption from FIA over jewellery