How McLaren is taking high-tech connectivity to another level

Imagine if you could sit in your house opposite McLaren Formula 1 Team driver Lando Norris and chat to him as if he was right there with you. Well, with some high tech solutions McLaren and Cisco are working on, that could actually be closer than you think.

In a world where technology is turning even the most unlikely sci-fi into reality, the cutting-edge F1 team is working with its partner to explore every area of technology that could give them an advantage, on track and off.

As Chief Technology Officer for Cisco UK and Ireland, Chintan Patel works with the company’s sports and entertainment partners to “push technology to the edge” and he believes there are some big advances on the horizon for F1.

“Milliseconds matter in motorsport and the underlying technology that powers what McLaren does as a racing team is really important,” he says. “Our work is all about making them faster but also pushing the envelope for fan experiences.

“There is a huge range of technologies we can use to do that and it all started off during the pandemic, when racing wasn't going on and there was a need for teams to collaborate in new ways.”

We’ll talk more about Lando in your living room later. For now, the tech and innovation at McLaren is all about big data, high speeds and finding ways to bring people together even though they are miles apart.

“In the same way that the car continually evolves and has new capabilities added to it, so does our technology,” says Patel. “What we're exploring with McLaren is how to get faster, reliable communications across the entire team network.

“It’s about anything that can be connected, being connected. We're seeing this whole concept of the Internet of Things – and more and more things are being connected from a trackside perspective.

“More and more assets are being connected so they can be tracked. Sensors are being put on all sorts of things and there is a huge amount of telemetry coming off all of these components.”

There is an increasing strain on data transmission in F1 and Patel and his team are constantly pushing to explore networking technologies to expand McLaren’s capability. Their current focus is on a new form of Wi-Fi, Wi-Fi 6E.

This will not only allow more things to be connected securely but it comes with added intelligence, enabling important data – such as live in-car telemetry – to be given priority over, say, someone in the garage checking their Facebook feed.

In F1, small things matter and this is a good example of a behind the scenes innovation that McLaren and their partner are exploring right now that could start to pay dividends very soon.

“It's in the test bed stage right now, so the coming months we'll use to test and then what often happens is the off season is where you start to put things in place so that they're ready for the next season.” 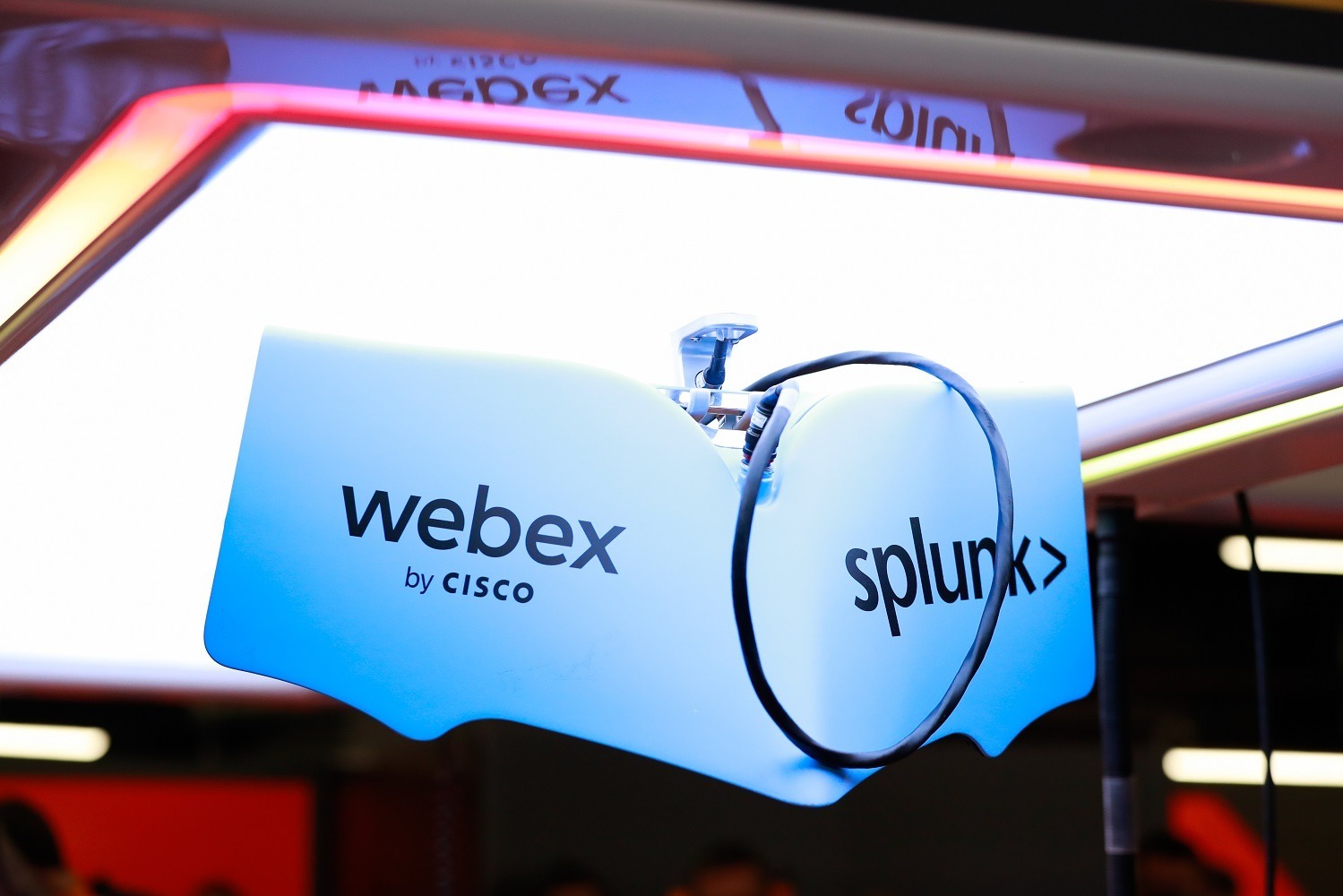 McLaren has already been pioneering the use of Cisco’s industry-leading video collaboration solution Webex to bring its team members closer together wherever in the world they are, both in its offices back at base but also out at the track.

In a fast-paced world where multi-nationality teams need to work against the clock and combine their expertise to improve performance, it is vital to make sure everyone’s voice is heard – sometimes quite literally.

That is where attention to detail can make all the difference and Patel explains: “In the environment McLaren operates, there's generally a lot of noise so we used AI technology to actually filter out all of that background noise.

“That was a game changer for many organizations and for McLaren it meant team members could hear each other irrespective of where they were. That's now a mainstream capability embedded in the platform.

“Things like gesture recognition, too. If you don’t want to talk because everyone's concentrating on the race, the system’s AI can actually recognise if someone physically makes an action, raises a hand or is giving a thumbs up.

“There's some interesting uses that came out of that and the real time translation function also became really important because it removed the language barriers that might potentially exist.

“We also do a lot of things on camera technology to automatically frame the person who's speaking, zoom in and then frame back. That actually improves the experience for the remote participant.”

For fans, McLaren used the same technology to create ‘Slipstream’, which was launched during the pandemic to bring fans closer to the action and has evolved to offer interactive competitions, driver chats and exclusive VIP access.

“F1 fans are probably some of the most passionate in the sports industry and there's a constant desire to stay engaged,” adds Patel. “Slipstream really gave an opportunity for extending to new types of experiences.

“Having a highly secure, robust, reliable digital platform for operations which are mission critical then becomes hugely important – because at the end of the day, it's only live once.” 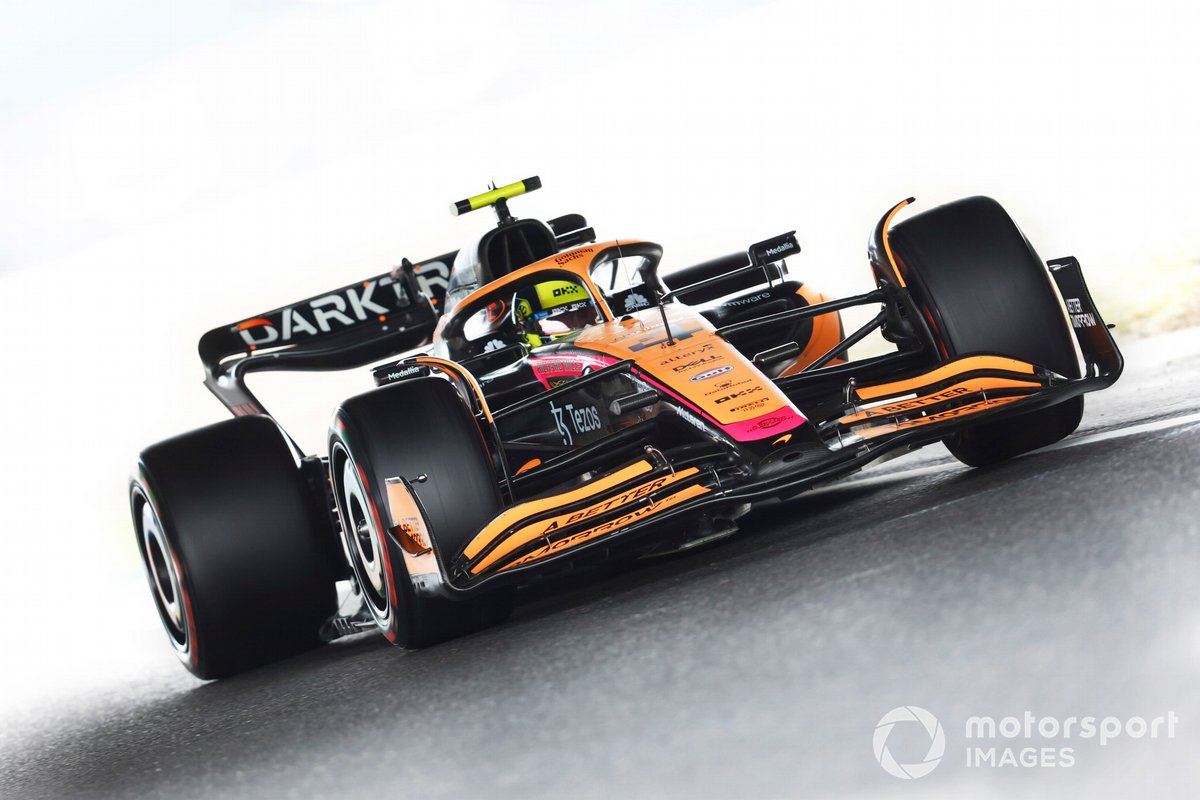 That brings us back to that far-fetched sci-fi vision. “That’s the bit that I'm pretty excited about,” says Patel. “It is something that we have already started with McLaren, the work around what we call Webex Hologram.”

This incredible new breakthrough technology was announced earlier in the year and if you have not seen it, prepare to be amazed. It may sound like a gimmick, but holograms could well be the next step for F1 engineers and fans alike.

“A few years ago, we thought ‘what if we could build an experience that was modelled on the Jedi Council’ – if you’re a Star War fan,” says Patel. “It’s from that little idea that we came up with this.

“Where a lot of the augmented reality space or virtual reality space is looking at avatars, we fundamentally think it shouldn't be avatars, it should be as lifelike and as human as possible.”

“The engineering team have had an amazing view where you'll be able to interact with physical objects in a 3D representation in different locations – and we've been working with McLaren using this holographic photo realistic technology.”

For the McLaren design team, it could be of use to help different departments in different places better engage with each other, checking in from the race track on new pieces that are being manufactured or prototyped.

It could also allow the team at the racetrack to actually interact with remote engineers, production staff, and agree new changes. But for fans, it could open the door to some opportunities that sound even more exciting.

“We haven't even tapped the surface,” adds Patel. “It really is at the cutting edge and we think there's a whole host of new things that you could potentially do in the future. 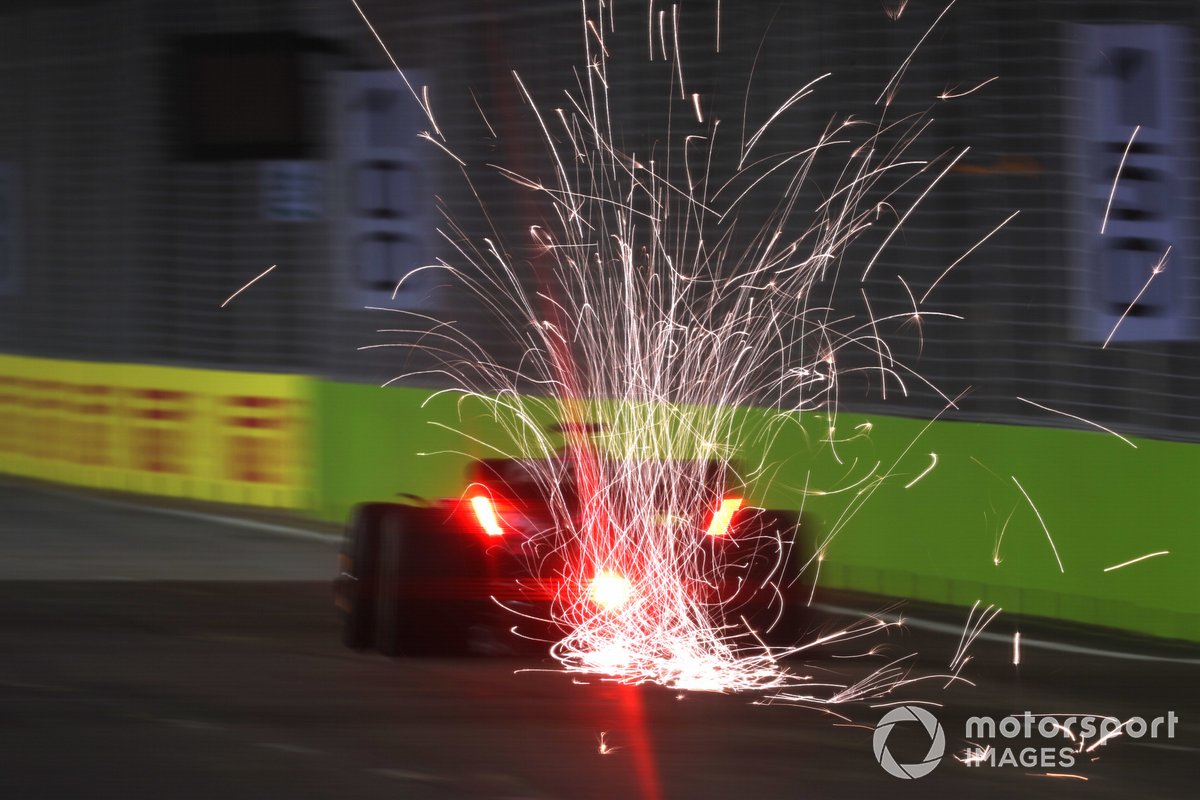 “Beyond that, there are so many further developments in this type of technology and I think the next generation fan experience could be phenomenal in terms of real time haptic feedback, you feel what the driver's feeling.

“When you take all of those things, the one constant that brings that all together is the network. It touches everything – the car; the drivers; the staff; the garage; the HQ. It's the one underlying platform that brings it all to life.

”I don’t want to pre-empt what McLaren might want to do with it. We just try to make sure we share the art of the possible. We’re just touching the surface of this, but the capability is absolutely there now.”

The questions and concerns resulting from F1's relentless growth plan