How McLaren has addressed its F1 brake problem

After a solid first pre-season Formula 1 test in Barcelona, McLaren endured a more troubled time in Bahrain last week as its running was hit by brake problems.

The issue was mainly attributed to the design of its front brake assembly, with Lando Norris unable to do more than a few consecutive laps before the brakes overheated.

It was an issue that didn't rear its head in Barcelona due to the lower temperatures that the teams were running in at this time of the year.

Crucially, however, winter in Spain offers conditions which are unrepresentative when compared to most of the F1 season, so was far away from the requirements of somewhere like a warm Middle East circuit.

Having isolated the issue in Bahrain, McLaren set about finding ways to have a solution ready for the race this weekend, even if it's only a temporary fix and a more refined version will follow in the coming weeks.

The solution fitted to the MCL36 in Bahrain is a metallic version of the carbon fibre brake disc shroud that the team ran during the first two tests.

And, while there's some differences in the shape of the new version spotted in the Sakhir pitlane, the material differences will also play a role in thermal transfer between the brakes, wheel rims and tyres. 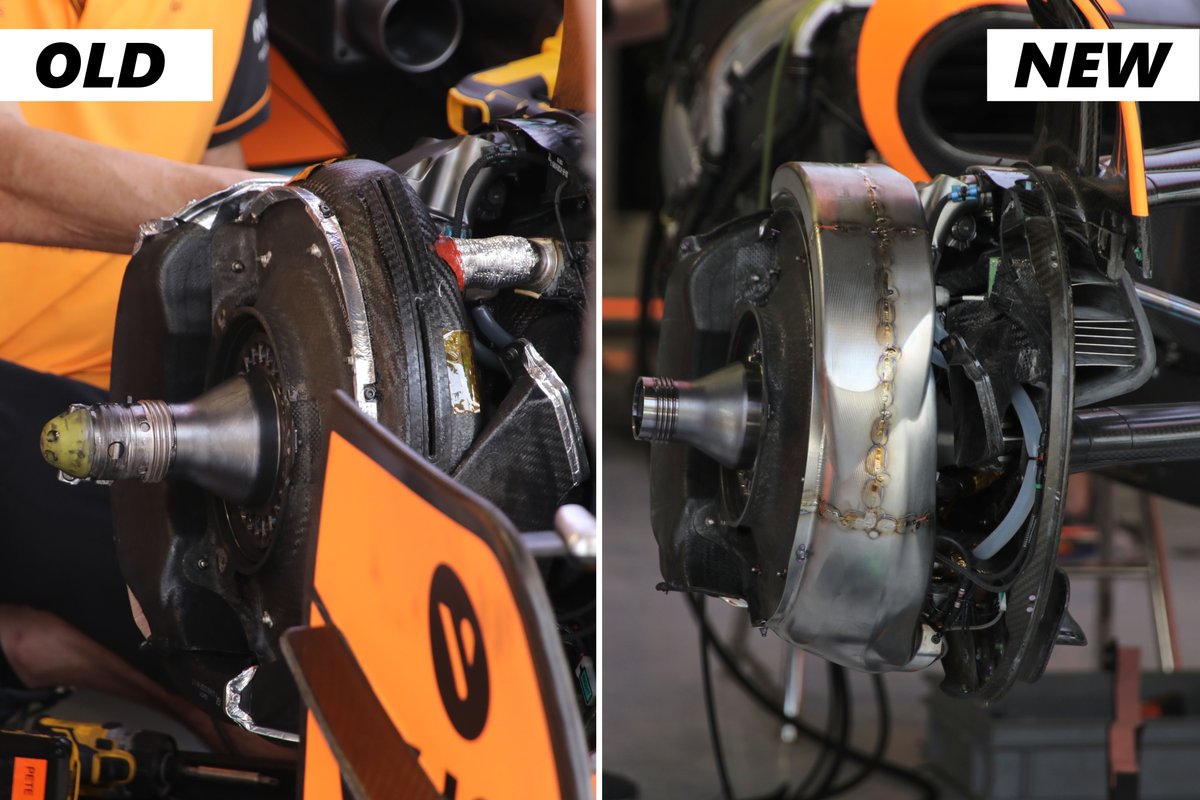 The issue for McLaren actually highlights a new and interesting technical battleground that's been forged by these new regulations.

While the brake components have been altered by the regulations, so too has the teams' approach to cooling them.

The diameter of the brake discs has been increased from 278mm up to 330mm, while the drill holes now have to be at least 3mm, which has limited the number and pattern that the teams will now have in their designs.

This comes at the expense of heat dissipation, which is also made more tricky due to the now much larger space afforded in the wheel well, as F1 switches to 18" wheel rims.

The switch, along with the introduction of the outer wheel covers and an inability to send airflow out through the wheel face, means teams now have to vent heat created by the brakes out through an outlet housed on the brake duct fence.

The larger space created within the brake assembly has led to some interesting new design directions, with McLaren one of the teams that's decided to enclose its brake discs within a shroud, meaning there's a clear path for the transit of the airflow and heat that's created under braking.

Similarly, Red Bull has a solution that shrouds the brake disc, albeit with a different material for this purpose and has also packed some insulation around the shroud too.

Meanwhile, Alpine hasn't taken the full shroud approach seen on the McLaren and Red Bull but has mounted its brake caliper at the front of the assembly. It has some tear drop-shaped outlets in the carbon fibre cooling housing that will allow the heat rejected by the brake disc to pass through. 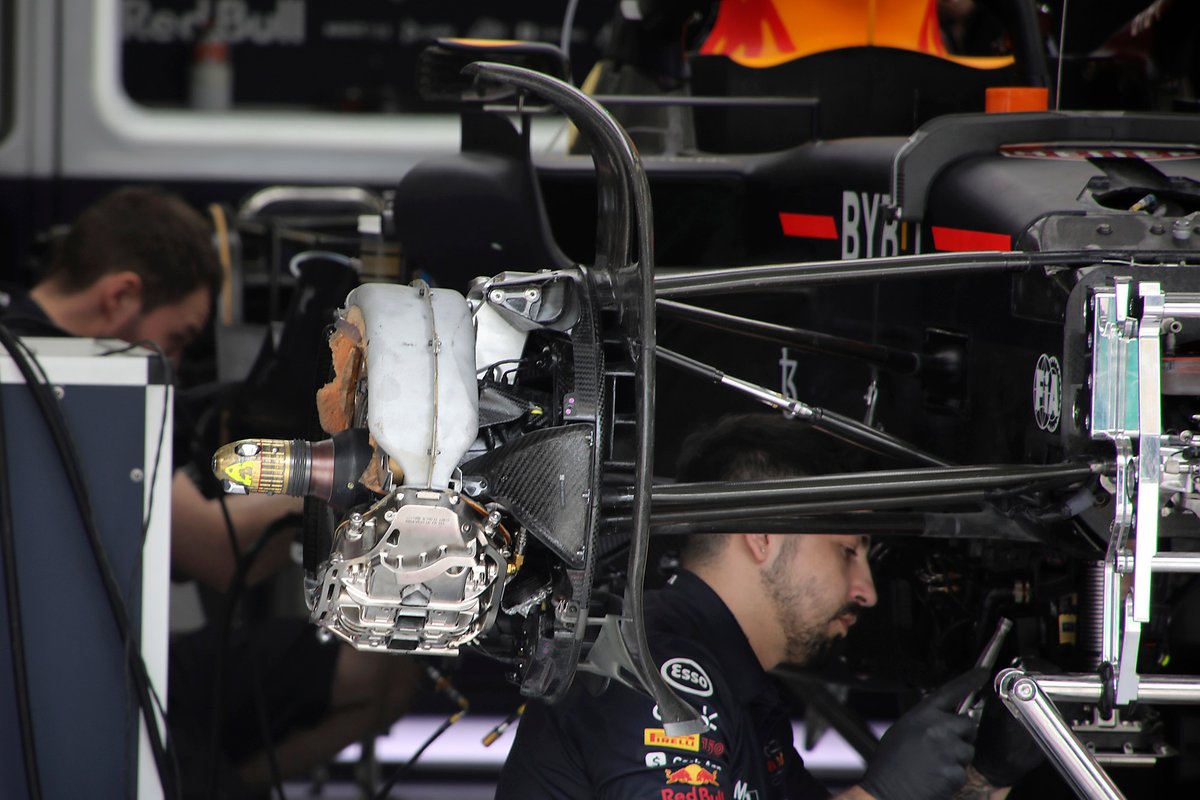 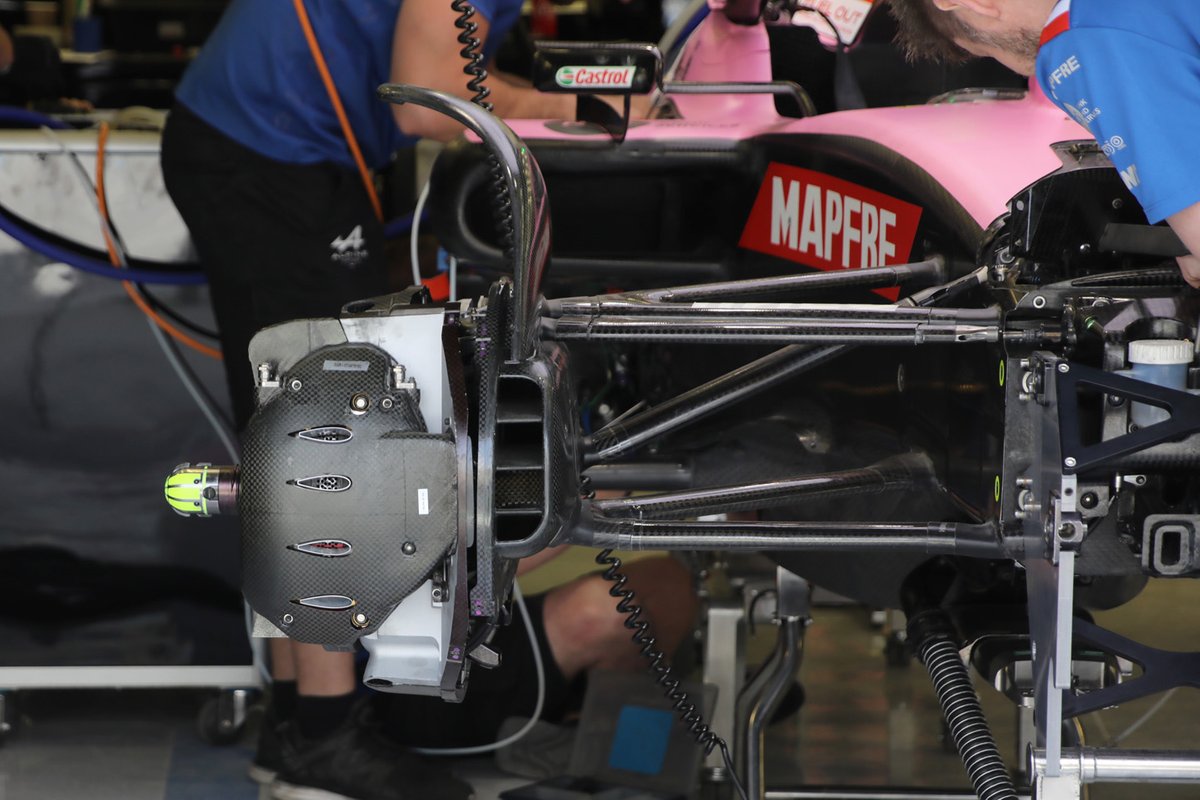 Our predictions for the 2022 F1 season