The ‘Future Mode’ colour scheme replaces the light blue accents with neon pink elements, and there’s more cyberpunk detailing to be found elsewhere around the car too.

While the renders released by the team are really about the visual impact that the livery will create, they also offer an insight into the development that the MCL36 has had, and will continue to undergo, in Singapore.

The difference between the car shown in the original renders before the season got underway and those readied for Singapore is quite stark but it’s obviously worth noting that not all that development is coming all at once this weekend.

Like the rest of the grid, McLaren has been steadily chipping away at the performance deficit to those ahead throughout the course of the season.

What the render does reveal is a further development of its sidepod solution, with the team having already traded its early design for a more Red Bull-esque downwash ramp at the French Grand Prix.

The render and images from the track suggest that the team has now moved closer to the inlet interpretation that Red Bull has utilised since the start of the season. 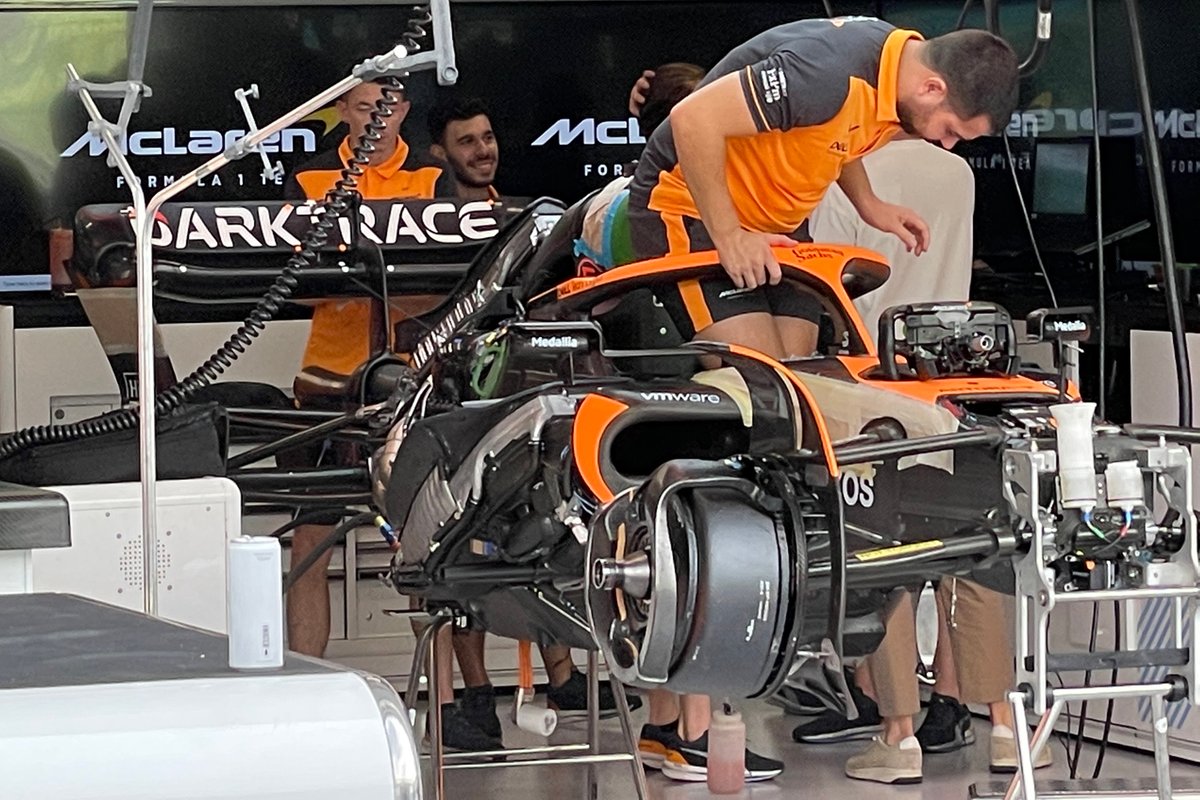 It’s not a direct copy of the Red Bull solution, likely owing to the differing locations of the impact protection structures on both cars and the internal packaging of their radiators, coolers and electronics housed within the sidepods.

The sidepods’ lower bodywork for the inlet does now reach further forward than the upper leading edge though, mimicking – in part – the design seen on the RB18.

While there’s yet to be visual confirmation that the MCL36 will feature some of the other new details presented in the render, it’s likely they will form part of the package that the team will race this weekend.

In that respect, there also appear to be revisions to the bodywork around the bib, floor strakes and the L-shaped edge wing that’s been in use since the start of the season. 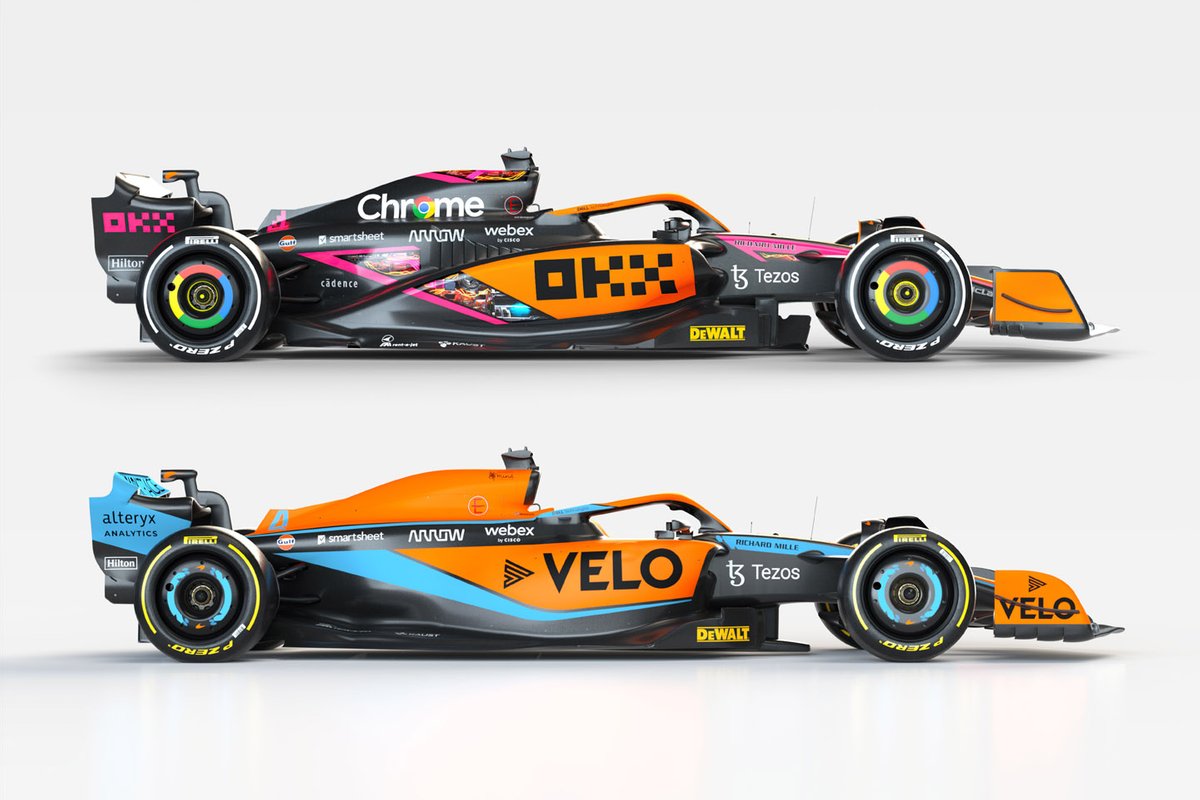