Ferrari has improved its Formula 1 fortunes vastly in 2021, and the team is also laying down the foundations off-track to take advantage of 2022's all-new regulations.

Part of that involves the implementation of a brand-new simulator, developed by Bristol-based Dynisma, which the team has installed at Maranello to chase greater performance gains and get a head-start on understanding its 2022 contender.

Simulators are indispensable tools in modern motorsport – right across the grid, from young driver through Formula E and F1, and developers of driver-in-loop motion simulators are relentlessly continuing to iterate their designs and create a more accurate replication of the conditions drivers face on-track.

Dynisma, set up in 2017 by ex-F1 sim engineer Ash Warne, has pinned its key focus in two areas for its commercial simulator projects: decreasing latency and widening the bandwidth to ensure that the feedback between simulator, driver and engineer is as responsive as possible.

"You've got the driver providing inputs via steering and pedals to the vehicle model which calculates the physics of the car. The car movements are then fed back to the driver by the Motion Generator, to which they can then respond by correcting their inputs and the loop starts again, up to four thousand times per second.

"If you have any delay at all in the loop then the driver will not drive the car in a realistic manner and your simulator test is invalid. Consider simulating oversteer; if the Motion Generator delays for 20 or 30 milliseconds before telling the driver that the back end is stepping out, then the driver cannot react in time and may spin."

Warne says that his company's simulators, including its first product, DMG-1, produce a latency of between three and five milliseconds, estimating that other products sit somewhere between 20-30ms. 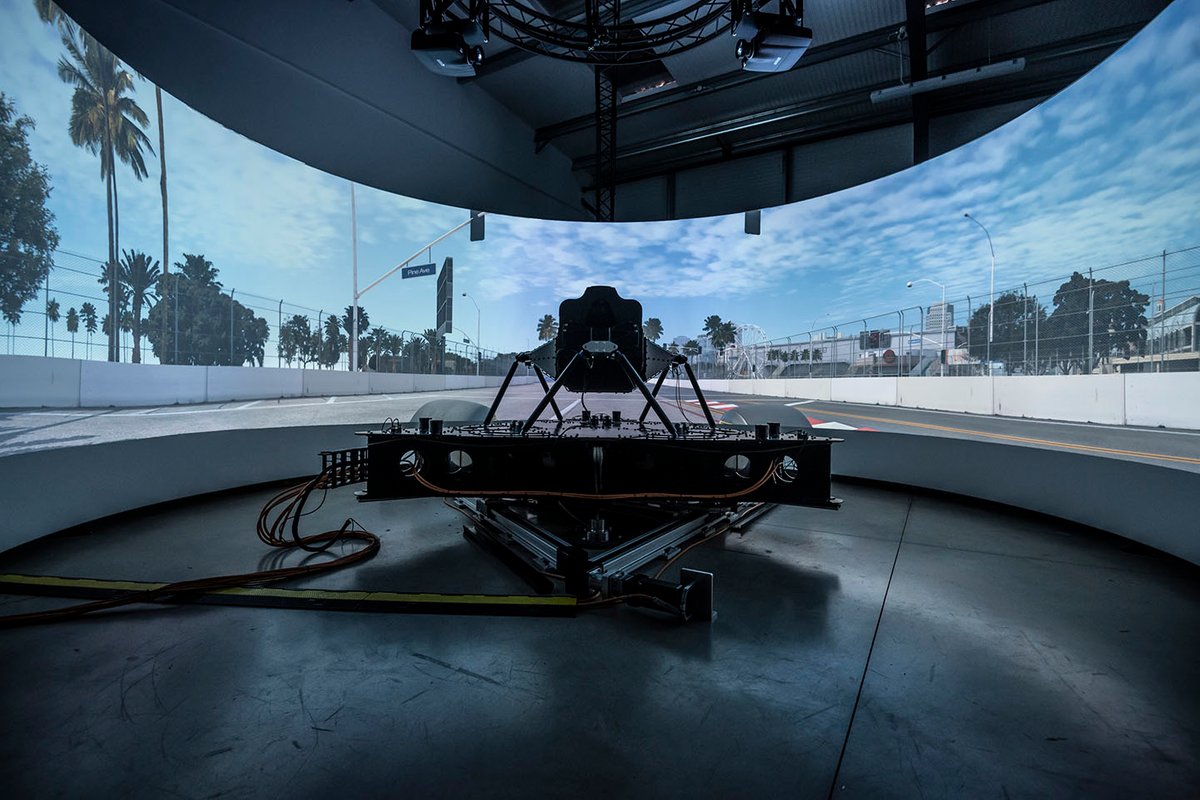 Although the time between input and response are - to human eyes - tiny, the extended latency can develop greater uncertainty within the results seen on the simulator.

"It's critical that you're able to produce the most accurate simulation possible of what's actually happening," Warne says. "The driver and the car need to work as one whether on the road or in the sim. If you add delay, you end up with an unrealistic scenario."

In F1, where lap times in qualifying are often split by milliseconds, cutting that latency down is crucial in ensuring that the drivers feel that the simulator provides an accurate replication of what they feel on-track. Reducing the delay in feedback means that the drivers respond to the car, and vice-versa, as close to real time as possible – rather than feeling a response a fraction later than expected.

Further to that, increasing the bandwidth ensures that more information can be transferred through the simulator to the driver, allowing them to experience more detailed track environments and more realistic depictions of bumps and elevation.

"If you've got a very detailed track model, perhaps calculated with a laser scan, or LiDAR scan, then there's a lot of information around the exact definition of the bumps on the track and the curbs," adds Warne.

"Lesser and older motion platforms really struggle in order to be able to provide the definition in that data set.

"Our motion platforms have this ability to transmit higher amounts of information. And that's measured by bandwidth. So some systems have a bandwidth of around 20Hz, whereas ours are between 50 and 100Hz depending on the exact operating condition. We can even produce frequencies beyond that. 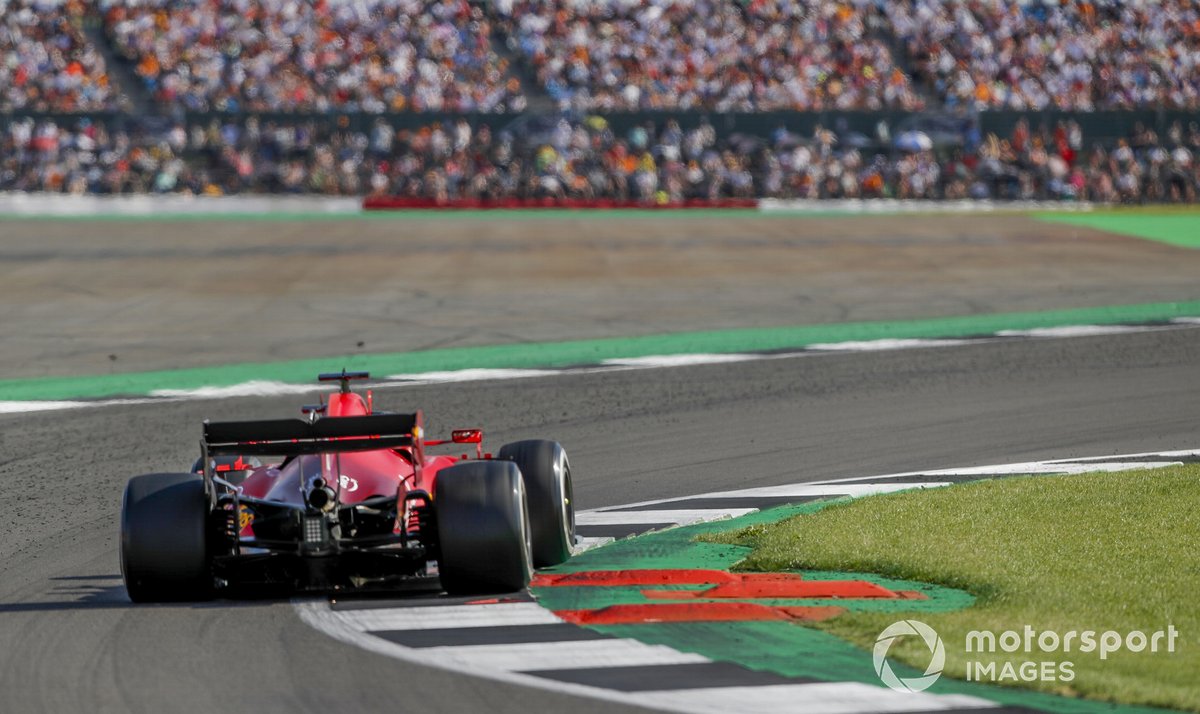 "For example, engine RPM, either from a single seater, or indeed from a road car, we can play the engine sound directly through the Motion Generator, and you just feel that in the chassis, it's a very immersive experience.

"In addition to that, there are other high frequency motion cues; like in a road car scenario, driving when the ABS system is enabled, there's that judder and that contains like a square wave of pulses."

This is all made possible thanks to the bespoke rocker layout that Dynisma uses across its simulator range. Warne explains that his Dynisma simulators make use of "a very low friction, low inertia, high stiffness actuator system" to assist with delivering motion, as opposed to the linear bearings frequently used elsewhere.

By limiting the friction in the system, the simulator experiences greater equivalence to a car, in which vehicle dynamicists abhor the effect of excess friction and seek to limit it from a suspension layout.

The rocker moves through an arc shape, aided by rotary bearings, to deliver the correct motion to the driver in the simulator.

Dynisma's motion systems also feature a two-stage configuration – one that delivers the responsive movement and the other which produces the larger-scale movements of the car.

"We have what we call a high frequency motion platform," says Warne. "That's how you get the feedback as directly as possible to the driver's backside and his vestibular system. 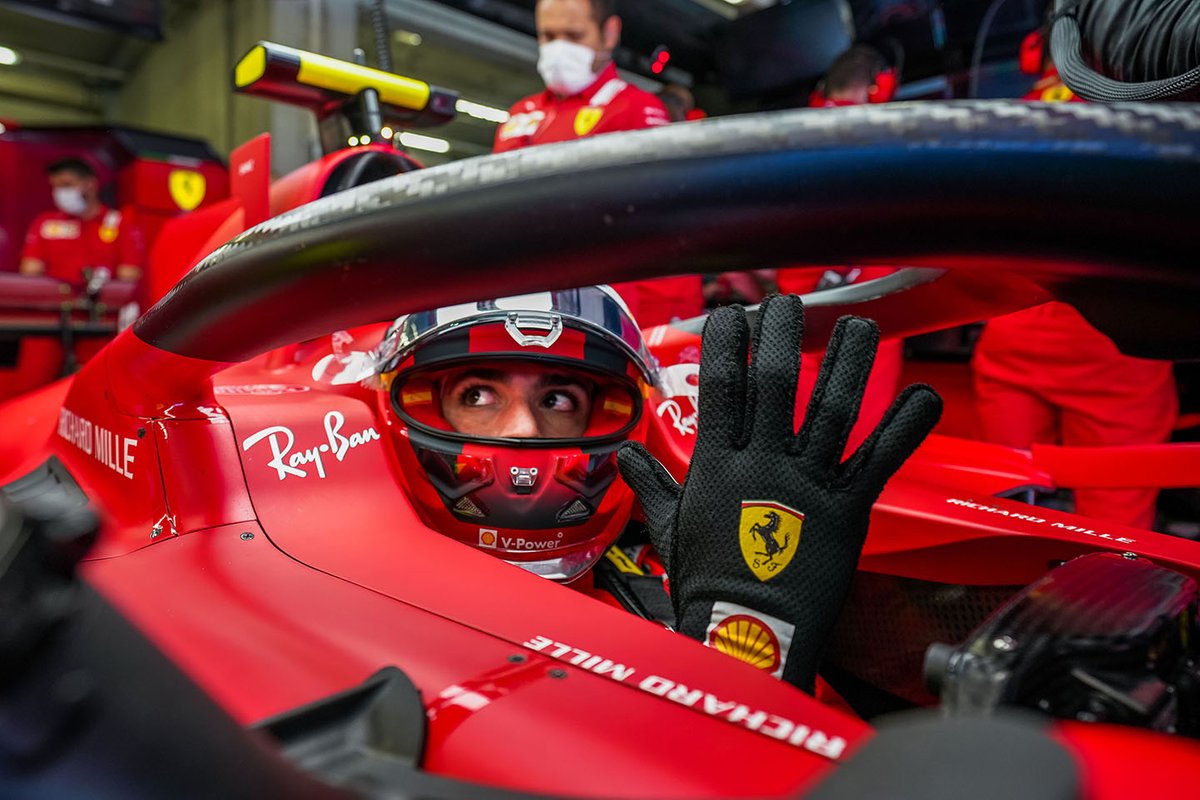 Warne adds that all of Dynisma's technology is scalable up and down, and so it can be expected that Ferrari's all-new simulator will feature the company's hallmarks. With the new-for-2022 regulations expected to create cars that will provide a greater challenge for drivers, it will require more effort to tame them.

Having greater responsiveness from the simulator will aid the efforts of driver pairing Charles Leclerc and Carlos Sainz Jr, giving the duo a much more direct understanding of how the car is expected to fare on track.

Ferrari has previously enjoyed dramatic turnarounds in fortunes over a race weekend thanks to late-night simulator work and, armed with a new simulator that should afford the team more accuracy with regards to feedback, the team can make further gains back at the factory if Friday practice sessions prove difficult.

This is especially crucial as the team continues to seek a return to the front of the grid. Although Ferrari must continue to deliver on the track, with much of the onus on the race team to extract the performance from the car, having support from an innovative new simulator back at base gives the team a very valuable weapon in its arsenal.