Charles Leclerc avoided a potential penalty at Formula 1's Monaco Grand Prix for missing the weighbridge in qualifying thanks to the quick reactions of his Ferrari team.

The Monegasque driver had been called in for a weight check towards the end of Q2, but did not see the signal and pushed on down the pitlane.

Had he gone to his Ferrari garage and the mechanics worked on the car, even just changing tyres, then that would have been enough to earn him a penalty for breaching the rules.

However, Ferrari had quickly spotted that the weighbridge request had been missed and immediately ordered the pole man to stop.

Mechanics then ran up the pitlane to push him back for the checks, which were passed without problem.

Leclerc confessed that stopping had been totally down to his Ferrari team as he had not spotted the stop sign, and actually doesn't even know where it was.

"It's a very tricky one here, because we get into the pits and I actually don't even know where the panel is, and whether it's on the right or left," he said. "But it's very far, far right or far left, so you don't look in that direction.

"Actually, I didn't see at all that I was called to the weighbridge. But luckily for me, the team saw the alarm and just told me to stop and they pushed me back. It wasn't great for being into the same sequence of the others after that, but again, we got out of this tricky situation." 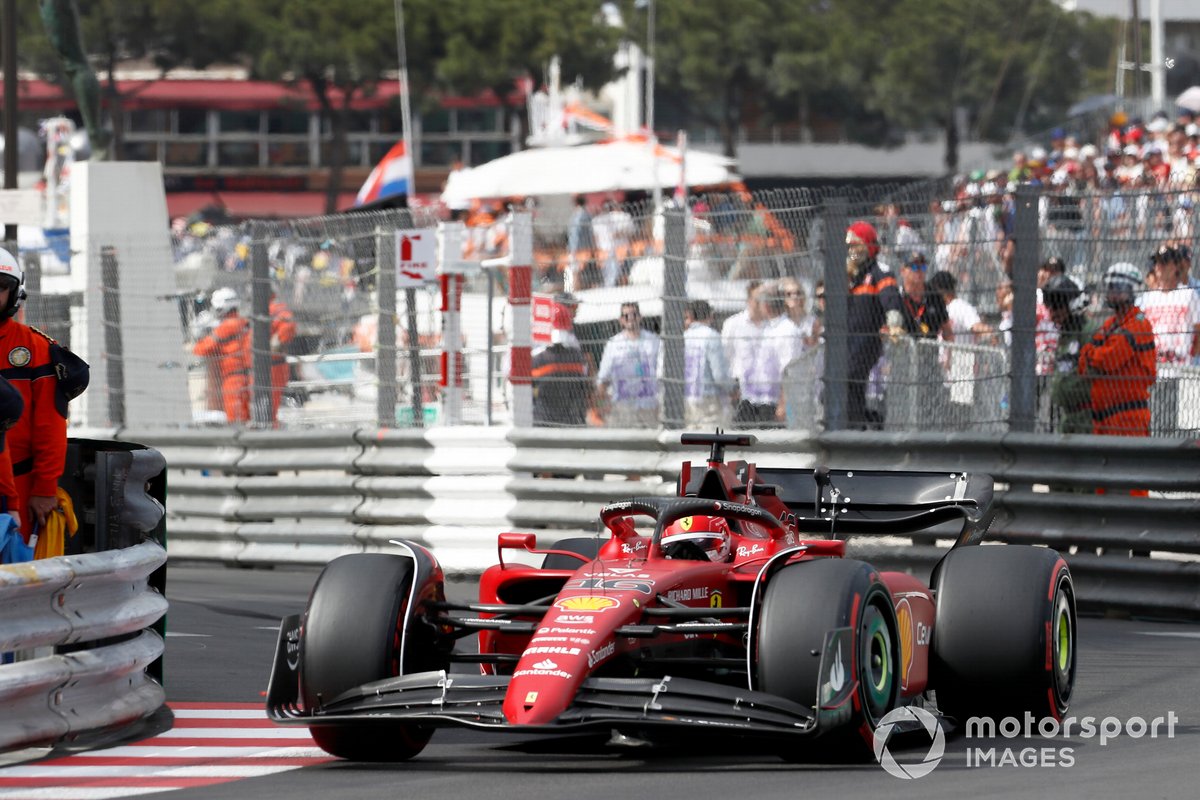 F1's rules are pretty strict when it comes to drivers missing the weighbridge and teams working on the cars.

At the 2019 Baku Grand Prix, Pierre Gasly had to start from the pitlane after missing a weight check in practice and Red Bull worked on his car – while the same happened to Sergio Perez at that year's United States Grand Prix.

F1's rules are clear that missing a weighbridge will only escape sanction if teams immediately respond to their drivers' error.

The regulations later state that the penalties for a breach can be quite severe.

"In the event of any breach of these provisions for the weighing of cars the stewards may drop the driver such number of grid positions as they consider appropriate or disqualify him from the sprint session or the race," it states.

Leclerc's escape is not the first time that drivers have had to rely on the actions of their teams to save them from a penalty for missing a penalty.

The tricky layout of the Monaco pitlane makes it easy for drivers to not see the weighbridge sign, with Leclerc, Sergio Perez and Nico Hulkenberg having all famously missed it in qualifying back in 2019.

In similar circumstances, the incidents were spotted immediately by their teams and they were returned for checks before any work was done on the car.