There were two factors at play here: the first that the setup of its power unit, and especially its turbo size, was not ideal for the high-altitude races in Mexico and Brazil.

But beyond that was the confirmation from Ferrari team principal Mattia Binotto after the final race that the Maranello squad had had to wind back engine performance in the latter stages of the year because of reliability concerns.

Some spectacular and costly engine failures earlier in the campaign – including Charles Leclerc’s blow-ups in Spain and Baku, plus Carlos Sainz’s fiery exit in Austria – had prompted the need to turn things down a bit while a solution was put in place.

In a short reference, Binotto said: “We had to slightly lower the power. Yes, we had to do it.”

But it has since emerged that Ferrari was able to go aggressive again in Abu Dhabi with its 066/7 engine with the team believing it had found the solution to those earlier reliability problems.

According to sources, the weak element in the power unit had been singled out as the spark plug within the pre-chamber.

This was the latest evolution of the TJI (Turbulent Jet Ignition) combustion system that Mahle had made available to Ferrari in 2016, and which had allowed the team to close the power gap to Mercedes.

In the six years since, enormous strides were made in the development of a system that has been optimised for the latest generation of power units that were homologated to be frozen until the end of the 2025 season.

The TJI system includes the spark plug and the fuel injector. Both are housed in a well in the cylinder head, and both elements work together to help maximise power.

Only 2-3% of the fuel is injected into the pre-combustion chamber, the rest spreads over the piston surface. The mixture inside the “cap” is particularly rich, while the combustion agent in the chamber is leaner, with more air than fuel. 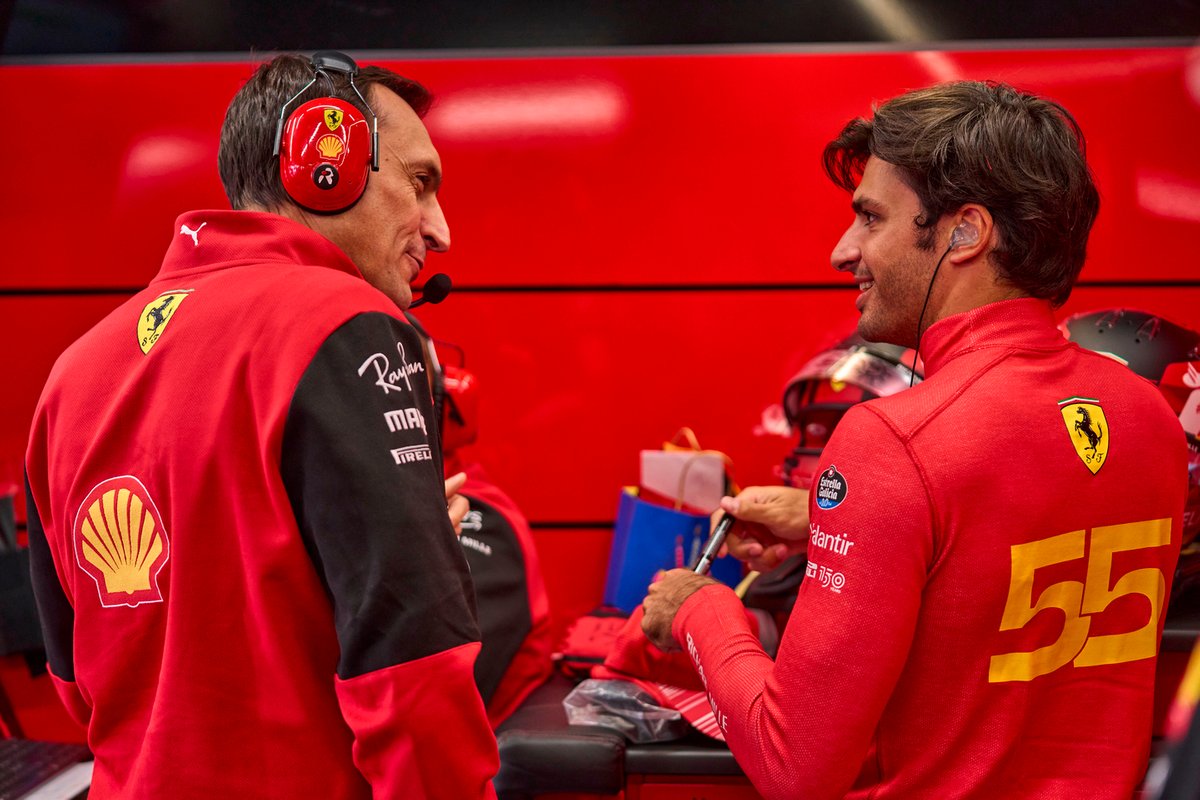 The ignition of the spark plug reacts with the very rich mixture in the pre-chamber, and causes the creation of plasma jets through open holes in the cap. Thanks to a very high pressure, the lean mixture is self-ignited in several points of the chamber with a flame spread that extends to the entire volume of the cylinder.

The system makes it possible to shorten combustion times, which delivers two advantages.

First the very lean mixture in the chamber means the harmful effects of detonations are reduced, meaning you can increase the compression ratio for more performance.

Plus, with teams still limited as to how much fuel can be used in a race (currently 110kg), for the same amount of fuel injected, greater thermal efficiency is obtained - which also equates to more power.

Ferrari pushed development to exploit the maximum pressure of the injection system, which reaches 500 bar as allowed by the regulations, and aimed for five discharges for each engine cycle.

But the extreme concept led to increased internal temperature, which caused the spark plug to suffer and eventually break.

The engineers, therefore, had to tweak their mapping to not push the spark plug over the limit, while an external supplier worked on delivering new materials to ensure that the component could cope with the needs of the engine in maximum power mode.

Ferrari’s performance in Abu Dhabi suggests that the spark plug problem seems to have been solved, which will be a big boost to Ferrari’s hopes for 2023 where it knows it cannot afford a repeat of its reliability woes.