Charles Leclerc joked on Thursday that he felt "stupid" about recent predictions of Ferrari struggles on Formula 1 weekends when it has gone on to take pole position.

Having gone into the last event in Baku playing down any talk of a repeat P1 grid performance as he delivered in Monaco, that was exactly what he went on to do.

“I felt quite stupid to have said that,” he smiled. “It was really a big surprise in Baku to be as competitive as we were, at least in qualifying.

“In the race, it was a bit back to where we expected to be, but I feel like [in France] it’s going to be a bit more of a normal weekend in a normal track, not a city track, and with a track like that, where there are a lot more medium-speed corners, where we are normally struggling a bit more.

“I expect things to be a bit more like the race in Baku. But hopefully I’m wrong as I was in Baku, and we are much quicker than we thought.”

But while Ferrari may not yet be as competitive as it wants to be, there is no doubt that the Maranello squad has made more impressive gains with its 2021 F1 car than many predicted after a challenging campaign last year.

So how has it done it?

It is important first of all to look at just what went wrong in 2020, when it was left all at sea.

Having initially developed the SF1000 to add more downforce to a design concept bearing rocket-like pace on the straights, Ferrari’s ‘agreement’ with the FIA over its powertrain performance left last year’s car seriously compromised.

The powertrain, owing to a flurry of technical directives from the governing body, was left neutered. The car then proved too draggy to overcome the reduced power and lacked straightline speed. Forced to produce a derivative of last year’s car, Ferrari therefore faced a challenge to make progress, but at least it knew what the problem areas were. 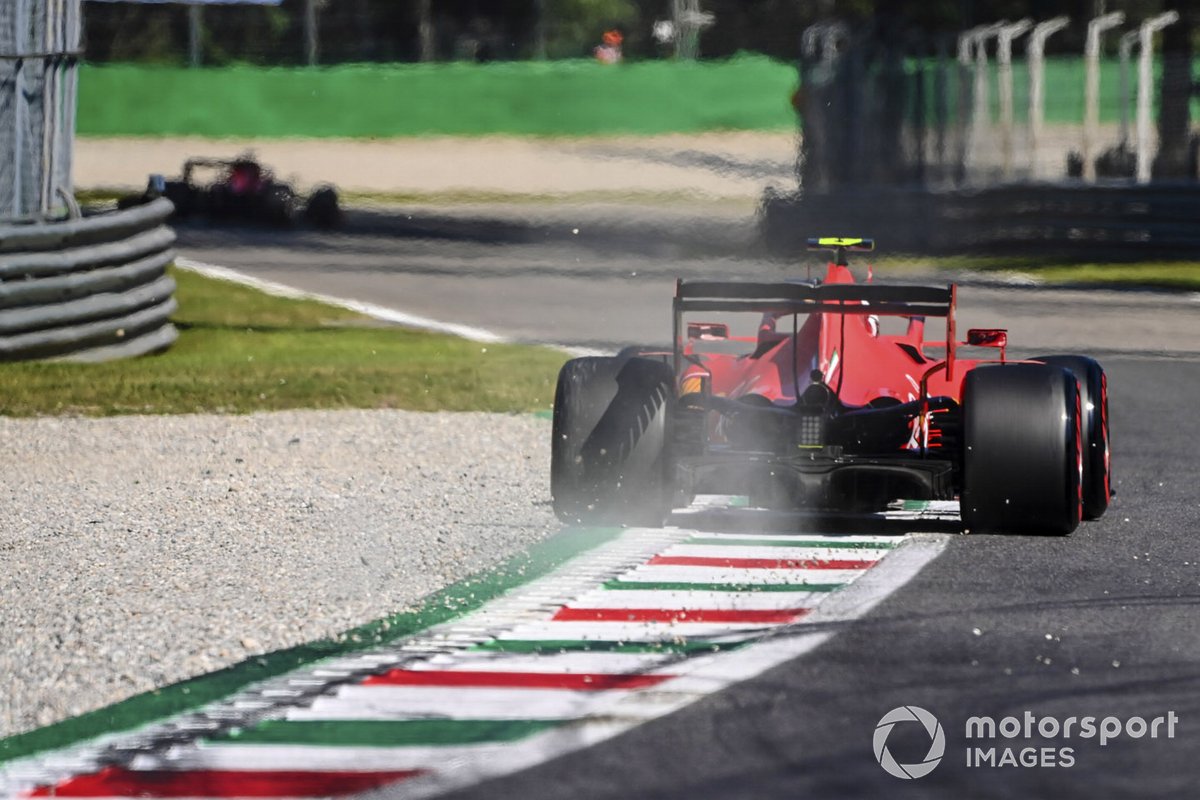 Ferrari has now regained its edge in low-speed corners. The SF21 rides kerbs with ease, and a modest set of updates has continued the team’s good work in mounting a prolonged assault on third in the Formula 1 constructors’ standings.

PLUS: How Ferrari got its F1 recovery plan working

One of the biggest visual changes compared to the recent lineage of Ferrari cars has been at the front. Many teams over the past couple of years have moved away from the thumb-tip crash structure and created a more visually appealing nose design.

McLaren, Renault/Alpine and AlphaTauri, along with Aston Martin and Alfa Romeo, have made the switch to a thinner geometry that can allow airflow to wrap around and enjoy a cleaner transition to the floor section. But Ferrari, having spent its off-season development tokens on reworking the rear of the car, had to make do with redesigning the nose fairing instead, creating a smoother transition to the nose tip.

Ferrari’s design is a bit of a halfway house in that regard, but still incorporates a pair of slots either side of the nose to draw clean airflow underneath the front end and work with the variety of fins leading up to the bargeboards. Ferrari also added a quartet of fins to the top of the nose to direct airflow down towards the undercut of the sidepods.

The tokens spent on the rear end include a redesigned gearbox and suspension package to generate a more tapered design to open out the floor, giving the team more chance to generate the correct pressure differential between the top surface and the underside of the floor. With 2021’s floor regulations having changed to limit downforce, Ferrari made reclaiming this one of its priorities. The bodywork has also been reconfigured to assist this, with the sidepods now producing a distinct downwashing effect to fit into that ‘Coke-bottle’ channel at the rear. 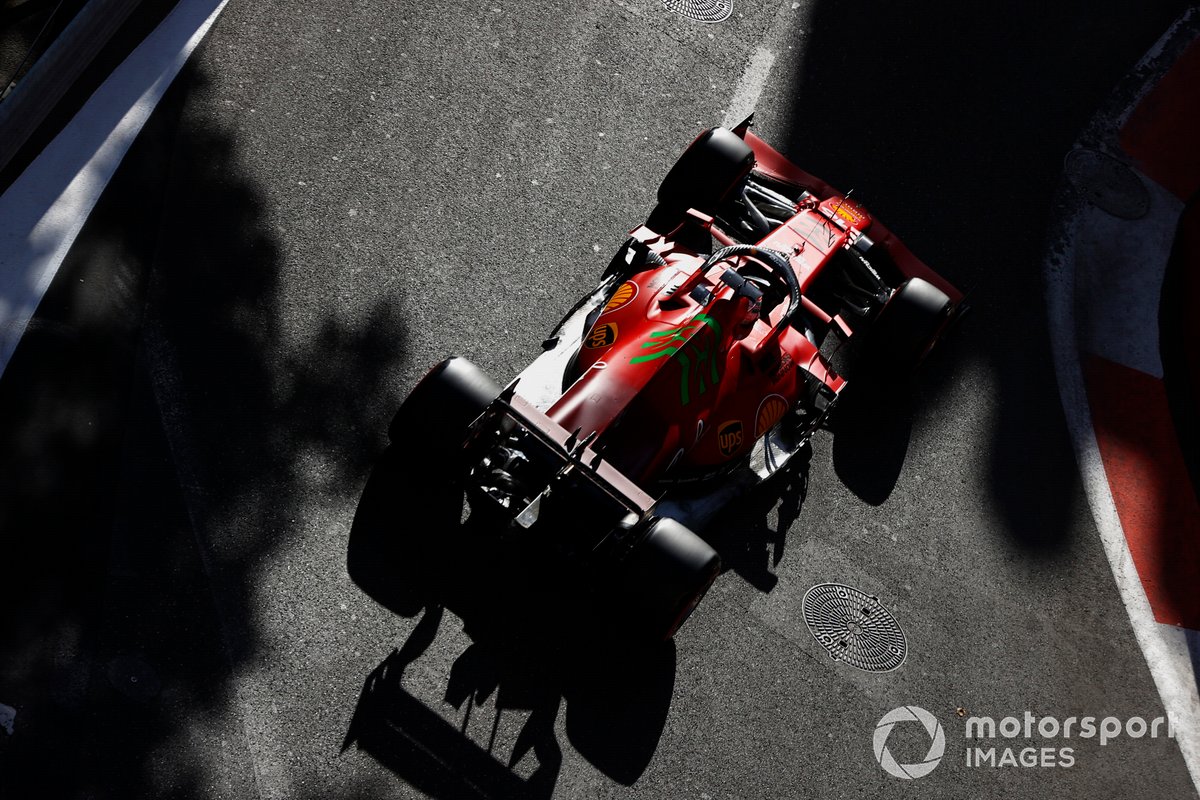 As the 2021 season opened, there was the opportunity to look at the other teams’ interpretations of the new rules and assess their merits. The full gamut of floor solutions broke cover at Bahrain’s three-day test, with the cutaway ‘Z-floor’ solution coming to the fore. Ferrari, having developed its own tapered design in perhaps the spirit of the rules, pressed its own version of the Z-floor into service in practice at Imola in April. It was never raced at the Italian venue, but was installed for the Portuguese Grand Prix the following month after one was made for each driver.

Prior to that, Ferrari had experimented with fins at the back of the floor, designed to act as a stand-in to the slots that had previously been used to let airflow leak outwards, creating something of a seal for clean air to move underneath the car. These were paired with a small winglet mounted ahead of the rear tyres between those fins and a rib further inboard, seemingly to try to trim off any turbulence created by the rotating wheels. In addition, a small collection of fins was placed on top of the diffuser to try to keep that sealed even further.

But Ferrari’s eventual Z-floor design seemed to reduce the necessity for some of the fins towards the rear of the floor, giving the team the option to work the airflow earlier and sealing the floor with the additional exposed corner of the new design. During the early part of the season, Ferrari had three outwashing fins about three quarters of the way down the floor’s edge, but these were removed with the introduction of the new floor. The Z-floor also features a fin along the top, helping to strengthen and direct the position of the vortex produced.

Ferrari later added to the collection of teeth at the rear corner of the floor, however, reducing their chord length to squeeze more in and strengthen their placement of airflow around the rear wheel. The 2021-spec floors have been a fertile ground for development as teams have had to grasp their limitations and work around them, and Ferrari has followed suit. 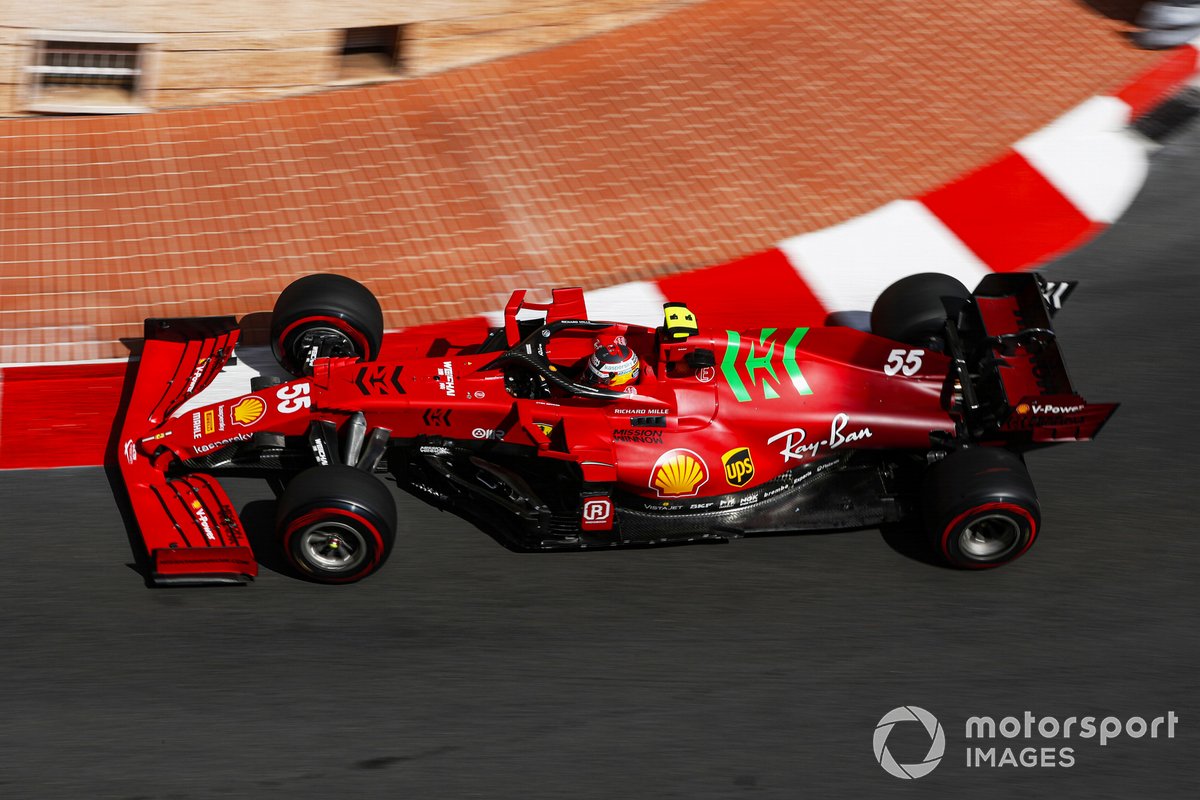 This willingness to make developments and not simply give up on the SF1000/SF21 concept has been a key factor in Ferrari’s ability to move to the head of the midfield. But equally, it’s had the chance to develop the power unit that left it struggling last season, introducing redesigned pistons and a new cylinder head to improve the efficiency of the combustion process. Ferrari also made minor changes to improve the hybrid components on board, extracting more power.

Although the Ferrari package is not the quickest on the grid in terms of straightline performance, the delivery of power has played nicely with the car’s compliance in the bumpier sections of the street venues, resulting in excellent performance at both Monaco and Baku.

In race trim, the SF21 does seem to tear a little more life out of the tyres compared to its rivals on the grid, giving the team less flexibility with regards to race strategy.

But Ferrari’s developments and excellent performances in qualifying of late seem to hint at a remote chance of a big result this year – if the stars align just right for either Leclerc or Carlos Sainz Jr.