Formula 1's rulebook has expanded massively over the years, and has got increasingly more complicated as new regulations have been added or evolved

One consequence of a constantly changing rulebook is that sometimes rules can end up contradicting each other, or a clause aimed to stamp out a certain design gets made irrelevant.

This is something that happened with the 2017 floor rules, as a regulation originally intended to stop teams exploiting holes in the floor was made inconsequential.

It happened because when the floor width was increased from 1400mm to 1600mm last year, a separate clause banning teams from having holes 700mm from the car's centreline was suddenly made irrelevant.

Teams quickly realised that without it being updated to reference an 800mm lockdown, there was a 100mm area on the edge of the floor where they were free to utilise holes again.

Ferrari has led that charge, with the most complete concept for perfecting the holes in the floor evident on its 2018 car (see below), although other teams are now copying in their own unique ways. 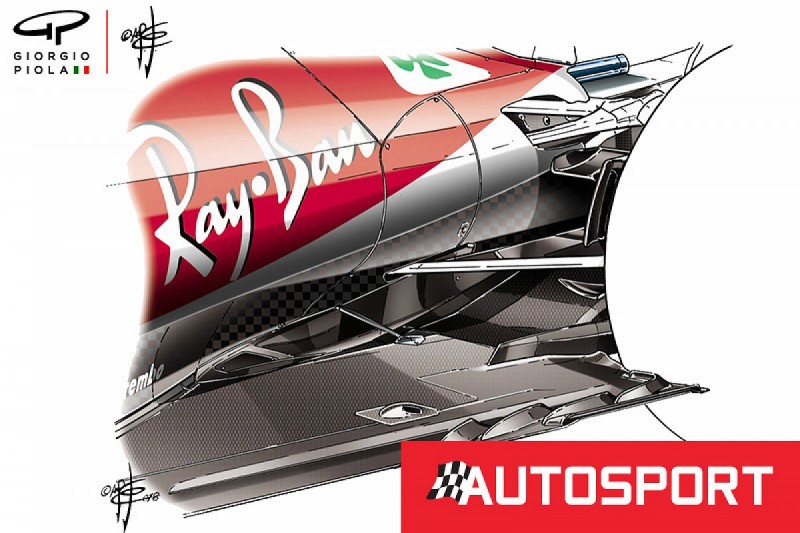 The value of the holes

The use of slots or holes ahead of the rear wheel are used to combat 'tyre squirt' and improve diffuser performance. All teams now make use of them to a greater or lesser extent.

The rotation and deformation of the rear tyres put the surrounding airflow into a constant state of chaos, resulting in airflow being pushed - or 'squirted' - laterally into the diffuser's path.

Left unchecked, this robs the diffuser of peak performance and creates inconsistencies - both of which impede the driver's progress.

For years now, designers have sought ways of controlling the turbulence created by the rear tyres, utilising various floor shapes, holes, slots, strakes and even exhaust gases in order to sculpt the airflow's direction while also enhancing the diffuser's edge vortex.

As an example of the performance on offer, Ferrari ran several iterations of these slots during 2017. Anything from three to six slots appeared, with various lengths and angles used in order to deal with the given circuit characteristics. 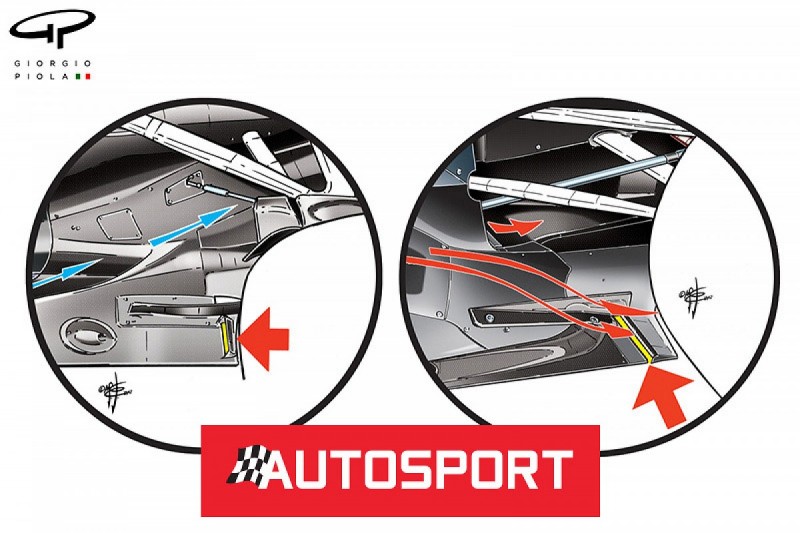 The last team to run fully enclosed holes in this area of the floor were Red Bull in 2012 (left inset), when in quite controversial circumstances its design helped the team win in Monaco.

That victory prompted unease from some of its rivals and there were threats of a post-race protest, but in the end the other teams did not see that through.

The FIA's stance over what would be considered legal was subsequently clarified, a situation that led to the slots we have since come to know. 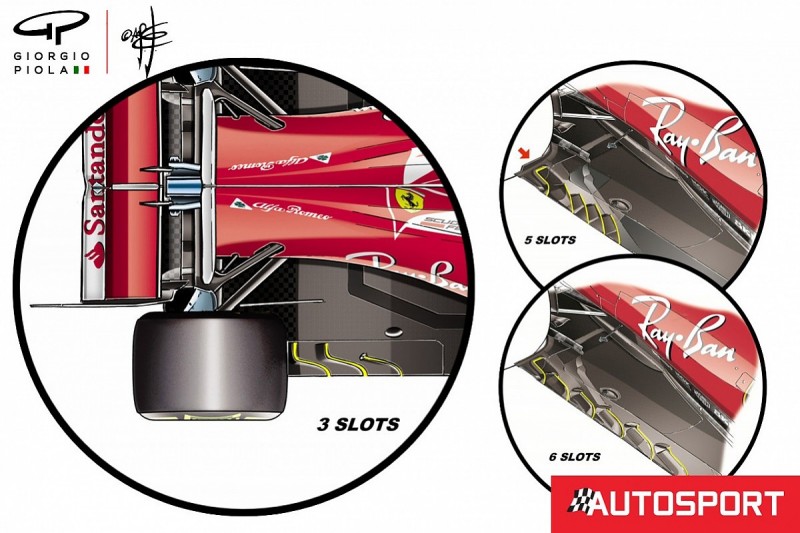 The last Ferrari to use fully enclosed holes ahead of the rear tyre was the F10 from the 2010 season, the slots latterly used in tandem with its exhaust blown diffuser. 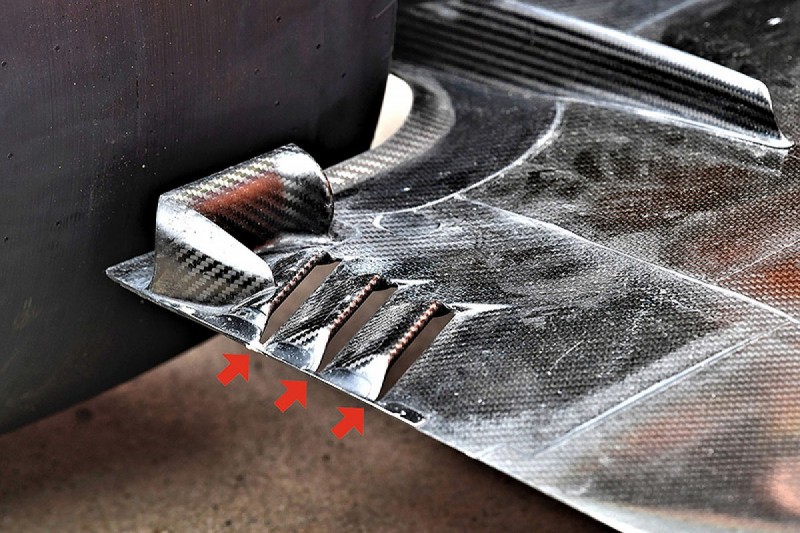 While Ferrari is not the only team to utilise the enclosed tyre squirt holes - as a glance down the grid shows most other teams are doing so also - it is the only team that has specifically designed its cars around this concept.

Other teams have spotted what Ferrari has been up to, and have made moves to seal off the edges of their previous slots - as can be seen in the McLaren image above.

This is far from an optimised solution though, and means that Ferrari has stolen a march on its rivals in the short term.

Expect Ferrari's rivals to come up with more bespoke solutions when the raft of major updates appears from the Spanish Grand Prix.

Will the giant of modern NASCAR ever win again?