It was little surprise that the big three outfits were keen to learn as much about the new, wider tyres as possible.

Pirelli found it easy enough to ensure no team gained an advantage with its development programme before returning to F1, conducting its initial testing with the Toyota TF109 (made available after the manufacturer's withdrawal at the end of 2010).

The supplier faced questions afterwards, though, as its choice of car for its 2013 programme, the 2010 Renault R30, came from a current team - despite neither of its test driver being affiliated with the rebadged Lotus squad, and Pirelli giving each team access to reports and data from its tests.

Come 2017, Pirelli was keen to avoid similar questions about its latest test programme, but was faced with the complication of constructing wider tyres for new aerodynamic regulations, which meant bolting prototypes onto an existing car was not feasible.

Thus the mule cars were born, with Mercedes, Red Bull and Ferrari each adapting a 2015 chassis for wider tyres and higher downforce levels.

Each team was allocated the same number of test days and the opportunity to try all the tyres in Pirelli's range, with the caveat they would be "blind" and not told which tyre they had been given, before a final verification test in Abu Dhabi, where all three cars ran.

Data was shared between all teams, and rivals could send observers to tests if they wanted to.

The FIA also tried to ensure that running high downforce mules did not contribute directly to 2017 aero development by mandating that the aero package did not reflect the new rules.

But despite those efforts, it has been suggested Ferrari's mule pushed the aerodynamic limits more than its rivals' cars, which in turn helped it to learn more from its high-downforce running and transfer that knowledge into the development of its 2017 car. 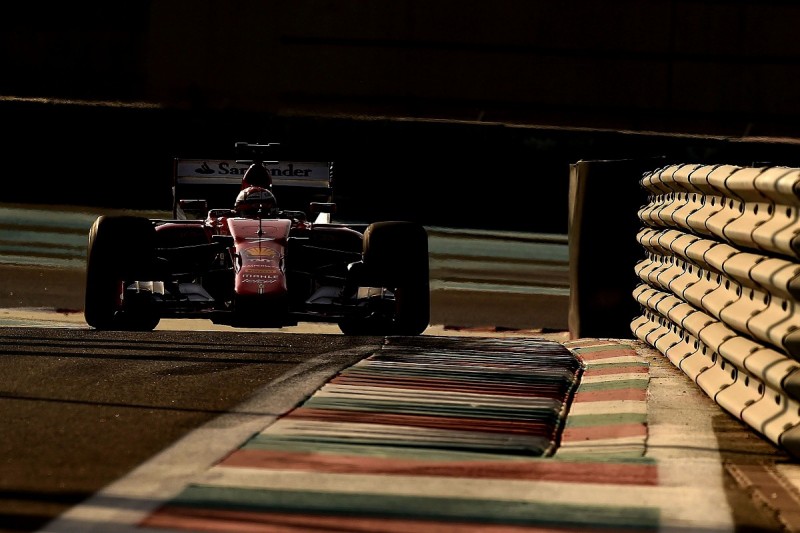 Ferrari also used its testing to properly correlate the Maranello windtunnel for high downforce and wide tyres, something both Mercedes and Red Bull have struggled with.

But a key strength of Ferrari's this season has been its tyre management, with the SF70H offering a wider operating window than its rivals, and it could just be its choice of drivers for its mule car testing that has given it this advantage.

All drivers who tested the compounds, especially in the latter stages as the definitive 2017 specifications emerged, could get a handle on Pirelli's direction. But Vettel and, to an extent, Raikkonen were effectively involved throughout and could follow the development path - and, just possibly, direct it.

"The experience of a four-time world champion is obviously valuable," said Pirelli's F1 boss Mario Isola. "A driver has sensations, feelings, when he drives a car.

"We have a lot of sensors, so we can basically replicate or check if the feeling of the driver is in line.

"Pascal was doing a very good job, he was always available, and giving us good feedback.

"[But] Sebastian is a professional driver, and when he was testing, after each run he was giving us a lot of detailed information, his opinion on each set.

"The other drivers did the same, and we had a form they had to fill in, to not forget any detail.

"Obviously a driver is trying to push you in the direction of the tyre that he likes.

"But the test was blind. So, he doesn't know if we selected the tyre that he liked or not." 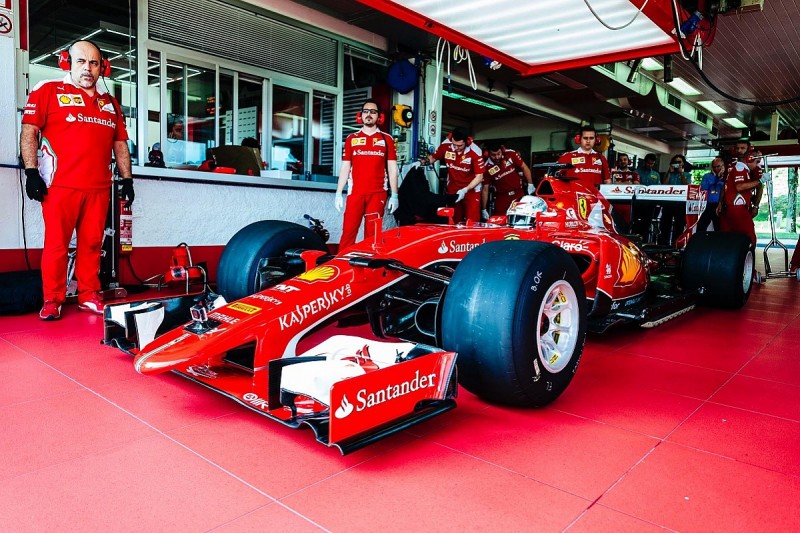 It is inconceivable that the teams would not have tried to use the tests to gain an advantage, so it was intriguing Red Bull admitted its programme didn't work as planned.

Christian Horner is adamant the tyre testing "hurt" his team as it thought it had a handle on things, tailored the RB13 to suit, and then the spec of the tyres changed, while Toto Wolff was also frustrated with how testing panned out.

"We were in the middle of that internal championship fight," said the Mercedes boss.

"It's understandable that none of the drivers wanted to spend a lot of time looking at future technology and tyres, and rather focus on their own championship.

"In F1 you very rarely find a silver bullet that is going to make all the difference.

"But it is about putting [together] all the marginal gains.

"Maybe, and it's just a hypothesis, Sebastian's credibility and feedback to Pirelli can have an impact."

It appears that Ferrari simply did a better job of learning from the high-downforce running, and transferring that knowledge into the development of the 2017 car.

Given the title fight could be decided by a few points, any "marginal gains" from Vettel's Pirelli testing may well make a vital difference.