How Fernando Alonso is managing his gruelling WEC/Formula 1 season

The two-time F1 champion will make his first WEC start this weekend at Spa as part of a full superseason commitment with Toyota's LMP1 team.

Alonso's WEC outing will come one week after F1's Azerbaijan Grand Prix, with the Spanish GP following a week later.

His WEC bid will include his Le Mans 24 Hours debut as part of a desire to win motorsport's 'Triple Crown' of the Monaco GP, Le Mans and Indianapolis 500, which Alonso contested for the first time last year.

"I'm saving energy more every day," Alonso said. "I know that it counts.

"You try to think two weeks ahead, what energy you will need in two weeks' time. It's not a short-term preparation, it's long-term.

"It's definitely a very tight calculation of the training programme, how you fly, how you rest, which planes you take, the food you eat.

"You try to be on an average level of 99% and not be peaky this year."

The first truly intense part of Alonso's season will be a eight-weekend run in which the Le Mans test day occurs between the Monaco and Canadian GPs, and then the gruelling Le Mans week begins.

Alonso will at least stay in France for the return of the country's grand prix the following weekend, before the Austrian and British GPs complete F1's first triple-header.

An even worse travel schedule will come later in the year.

The date change for the Fuji WEC race, specifically so Alonso can participate in Toyota's home event, means another run of five straight weekends - across three continents. 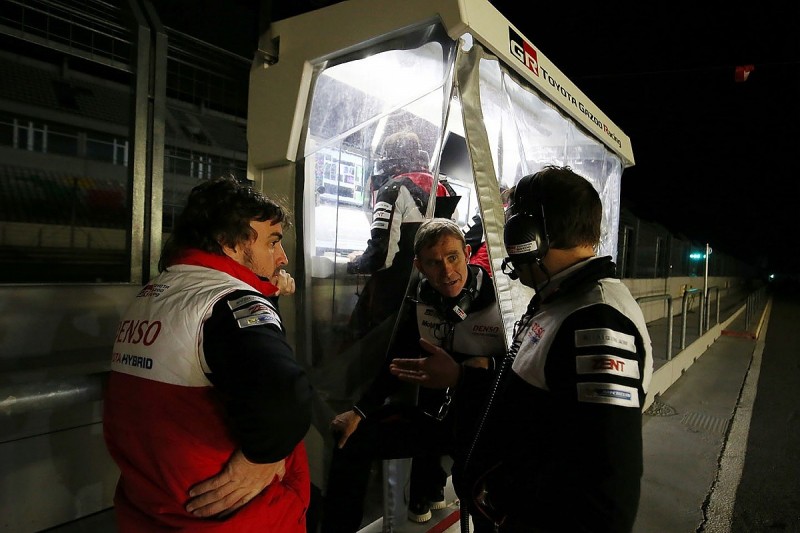 The September 30 Russian GP is followed by the Japanese GP and the Fuji WEC race on October 14.

Alonso will then head to North America for F1's back-to-back races in the United States and Mexico.

Alonso gets a weekend off at the start of November before ending 2018 with a hat-trick of races: the Brazilian GP, the WEC's Chinese round at Shanghai and then the F1 season finale in Abu Dhabi.

He has already devoted significant time preparing for both. As well as his usual F1 simulator work with McLaren, Alonso has added multiple simulator sessions at Toyota's Cologne headquarters in Germany.

This is in addition to being part of three intense Toyota test simulations.

Alonso cited his Thursday morning ahead of the Azerbaijan GP weekend as a good example of how he has modified his travel schedule.

"I woke up and I planned to go to the gym and have a little exercise, I was only feeling 90%, so I did nothing," he explained. "I stay a little bit more in bed, I go early to sleep again [in the evening].