Christian Horner has explained how catering costs played a role in Red Bull’s Formula 1 budget overspend in 2021, saying there was a “difference of opinion” with the FIA.

The FIA announced on Friday in Mexico that it had struck an Accepted Breach Agreement with Red Bull after finding the team had exceeded the $145 million budget cap last year. Red Bull was fined $7m and docked 10% of its aerodynamic testing time in the next 12 months.

Red Bull fiercely denied throughout the saga that it had spent beyond the budget cap, but said on Friday that it accepted the FIA’s proposal in the best interests of F1, ensuring the case did not drag on.

The FIA’s ruling detailed a number of areas where Red Bull had wrongly excluded costs, which led to an overspend of £1.8m.

One of these was catering, which emerged as one of the areas that had been interpreted differently when news first broke out that Red Bull may have breached the budget cap.

Speaking on Friday in Mexico, Red Bull team boss Horner acknowledged that “a lot has been made” about the catering allowance, joking that it had been suggested “we gave our staff too much food this year.”

He went on to explain that Red Bull thought catering costs were excluded from the budget cap as it is a company-wide benefit and not something solely related to the F1 team.

“Therefore, as something as a Red Bull policy, we viewed it as something of an excluded cost. Aggressive, but we felt acceptable.

“The FIA took a different viewpoint on that, and said that food was not excludable. Fair enough. But what was included was the entire catering bill of our entire company, so £1.4m worth of food, drink, coffees.

“Red Bull Powertrains had nothing to do with Red Bull Racing until this year, and their costs are included. So a difference of opinion on how that was applied.” 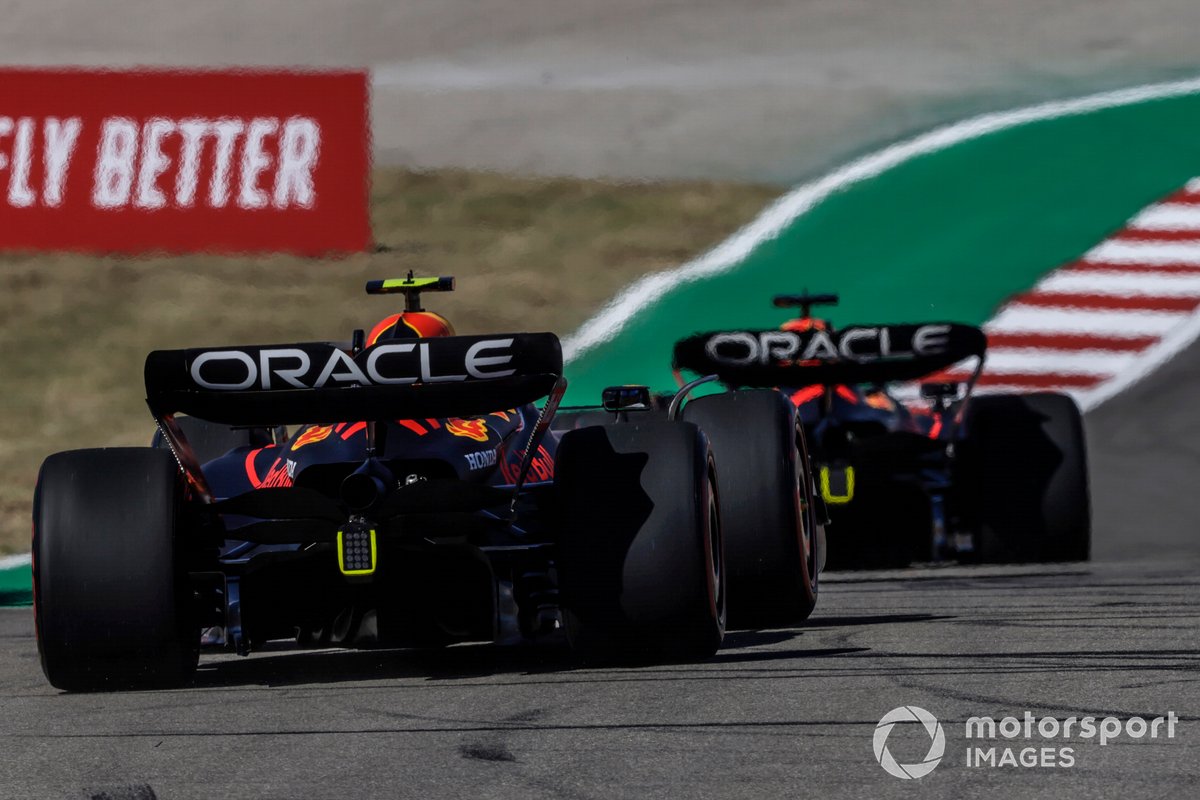 Horner explained a number of other areas that Red Bull believed could be excluded from the budget cap spend, causing its submission that was over £3m below the budget cap to be deemed as going £1.8m over.

One was a tax inclusion that Red Bull did not put as part of its submission which would have covered £1.4m of the breach, reducing it to just over £400k, while a change in the status back in June would also have been worth a further £1.2m had Red Bull been able to resubmit, according to Horner.

Sick pay was another area that Horner said the team had disagreed with the FIA’s interpretation, with Red Bull excluding payments made to staff whose illness meant they did not work with the race team.

“We always took a view that we wanted to support our members of staff in sickness and in health,” he said. “Members of staff who have been on long-term sick, we have supported them, as we will continue to do in the future.

“We felt sick pay, because the role played no function in the grand prix team for a period of eight months was an excludable cost. Unfortunately, the regulations can be interpreted in two ways.

The final big area that Horner claimed Red Bull and the FIA had disagreed on was the interpretation related to outgoing staff, who were placed on projects outside of the F1 team but still had their wages included in the cost cap calculations.

“We had a senior member of staff on a lock-in contract, a fixed term contract, that was offered a Hollywood-style offer from another team,” Horner explained.

“At that point, you can see that their heart and mind is not within your company, and so they were transferred from the Formula 1 activity into our advanced technology activity.

“The individual then left the company from there, but the time that was not spent in Formula 1 activity was included in the cap. So again, something that we vehemently felt was an excludable cost.”