Aston Martin has spoken openly about how it feels that Formula 1’s new 2021 aero regulations have hurt its low rake car.

Team principal Otmar Szafnauer is keen to hold talks with the FIA to understand the procedures of its legislature - and although the political saga will continue to rumble on in the background, the team has had to introduce developments in a bid to catch up with the opposition.

Having already changed its floor design for the first race of the season, Aston Martin arrived in Imola with yet more changes to try and boost the AMR21’s aerodynamic performance.

This time it turned its attention to the sidepods and the various aero surfaces that surround them.

The sidepods were already incredibly tightly packaged on the AMR21 but in an effort to boost aerodynamic performance, the design team focused on reducing the size of the inlet and, as a consequence, the size of the sidepod’s shoulder. 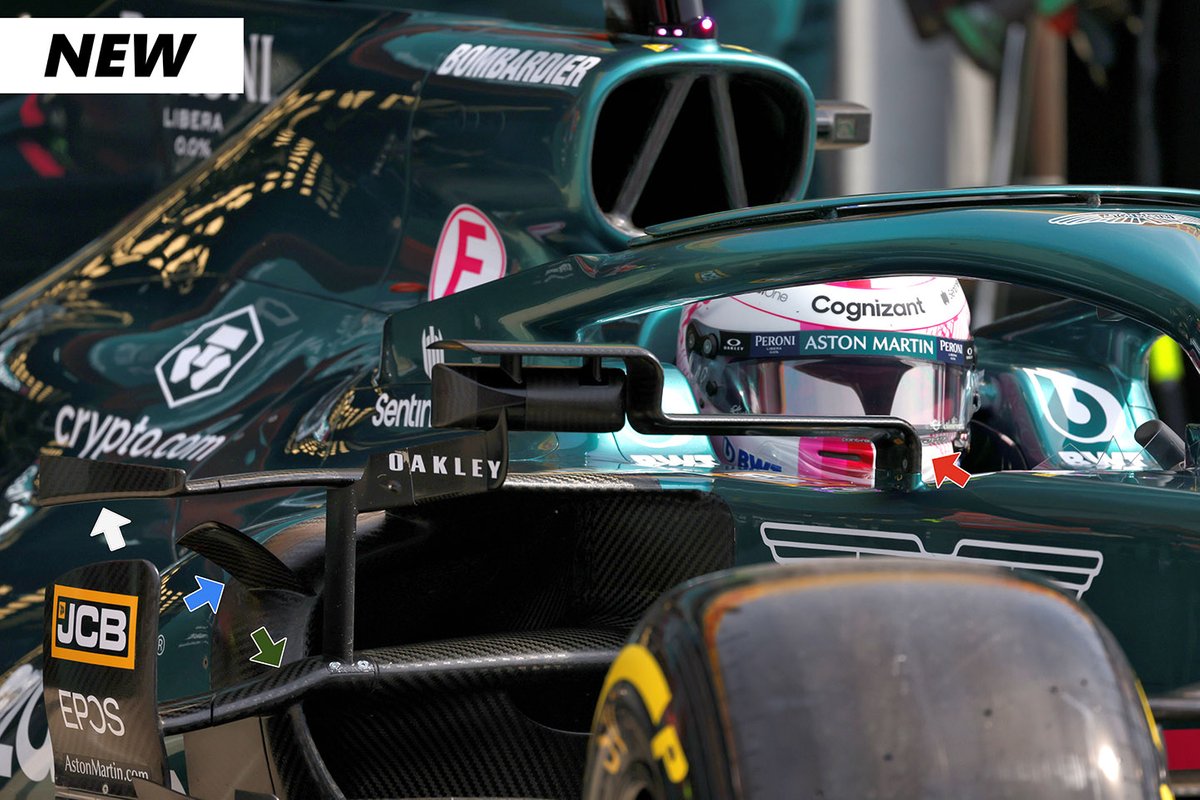 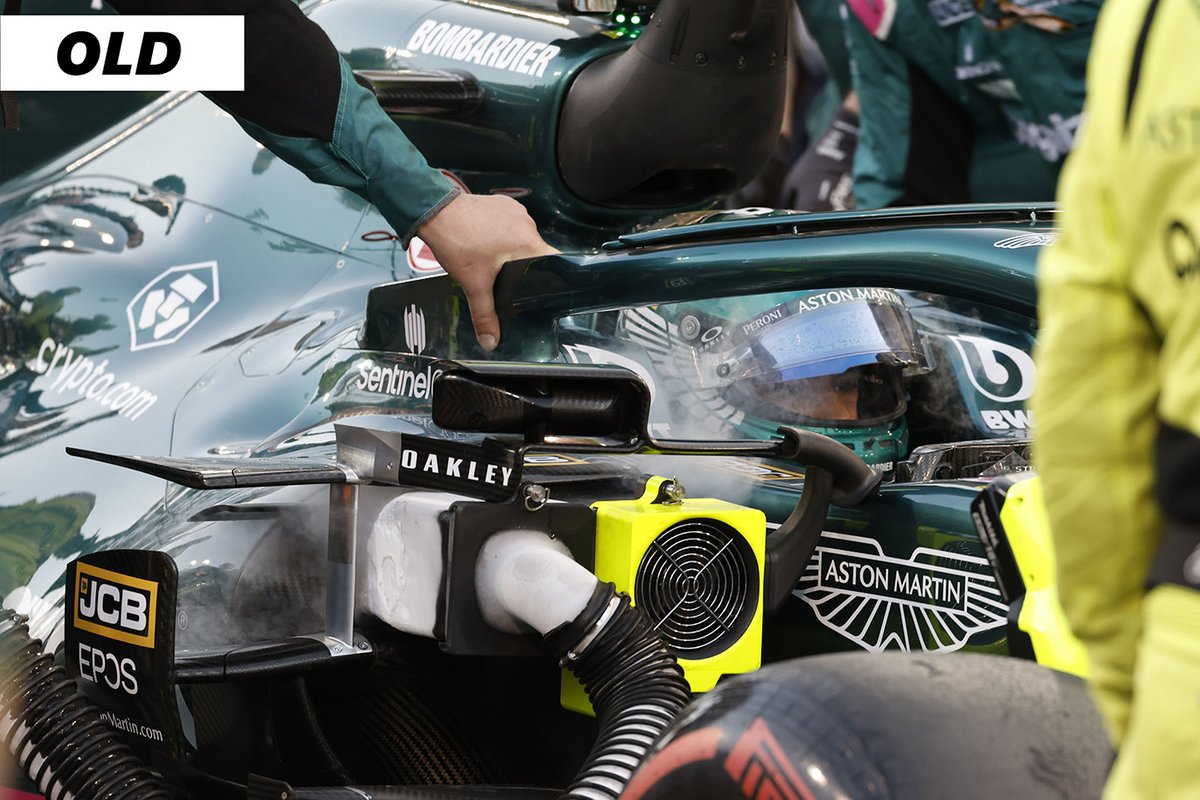 Having ticked both of these features off the checklist, Aston Martin was also able to go in search of further gains, with the sidepod wing that extends out from the cockpit to the edge of the floor now warped, whilst a much larger endplate is used to define its outermost edge (white arrow).

This design will likely shed a more intense vortex than the solution raced until now (below).

This change is also extremely interesting, as it’s much more in keeping with the aerodynamic philosophy that the team had in its previous guise as Racing Point.

Meanwhile, the lower side impact spar housing that extends out to meet the sidepod deflector has also been revised, as it now droops down to meet the vertical flow diverter (green arrow), altering the ratio in its division of the flow around the sidepod.

Aston Martin has also chosen to overhaul the design of its wing mirrors and their supports, with the main cockpit support now at a right angle (red arrow), rather than being curved.

As a consequence of this extra rigidity, the lower support that passed beneath the mirror has been removed. Meanwhile, the mirror housing is hung beneath the structure via two brackets, rather than one, whilst the lower mount attaches directly to the mirror. 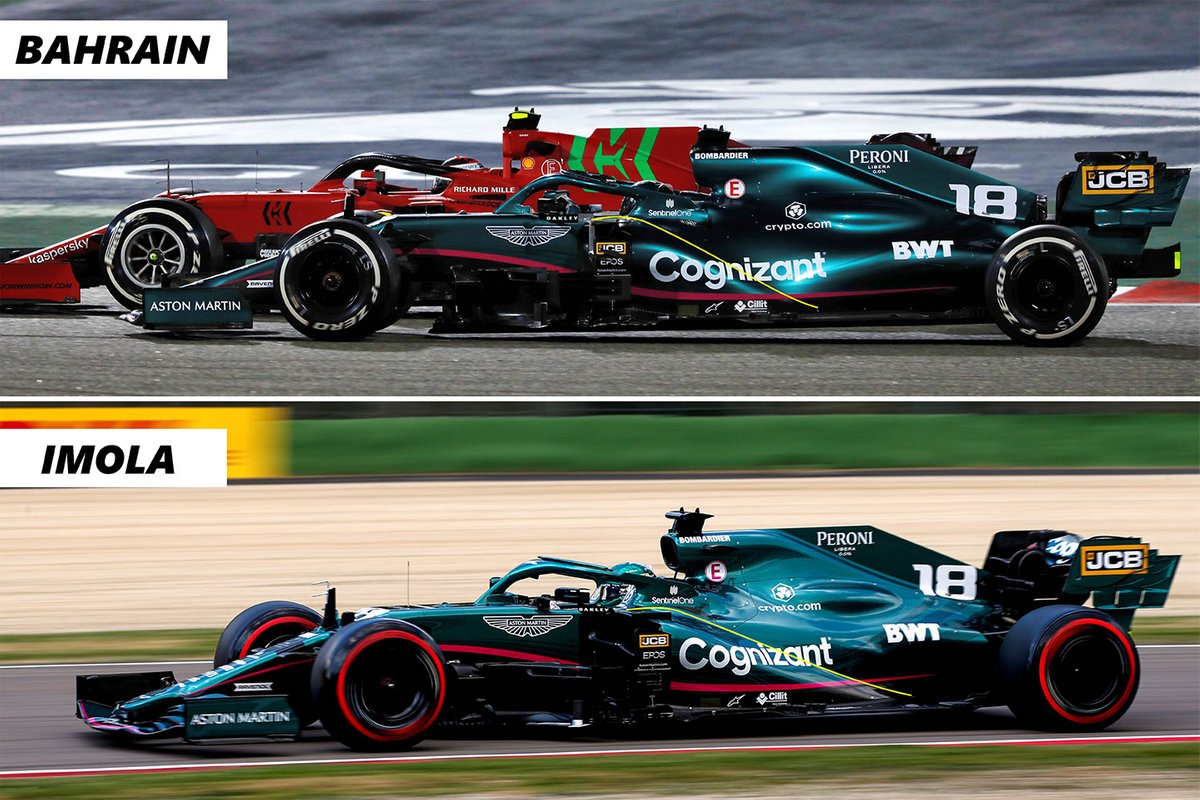 The changes are not only isolated just to the frontal region of the sidepod though, as the ramped section of bodywork behind has also been addressed as part of the update (as made clear by the yellow line). The ramp has been lengthened quite significantly in order that it meets with the floor much further down the car.

This has several ramifications, with not only the aerodynamic characteristics altered but also the internal flow for cooling revised too.

This has also resulted in the engine cover bodywork being revised, with the cooling outlet shape revised to accommodate the longer ramp (see the section around the BWT logo), whilst the bulge that’s wrapped tightly to the larger inlet plenum on this year’s Mercedes power unit might have been altered subtly too.

The team also had a new rear wing arrangement at Imola, with a spoon-shaped design used in preference to the conventional straight edge design. It’s a solution that the team has turned to before in its previous guises and will reduce the drag created at the outer extremities whilst still providing the downforce required from the central section. 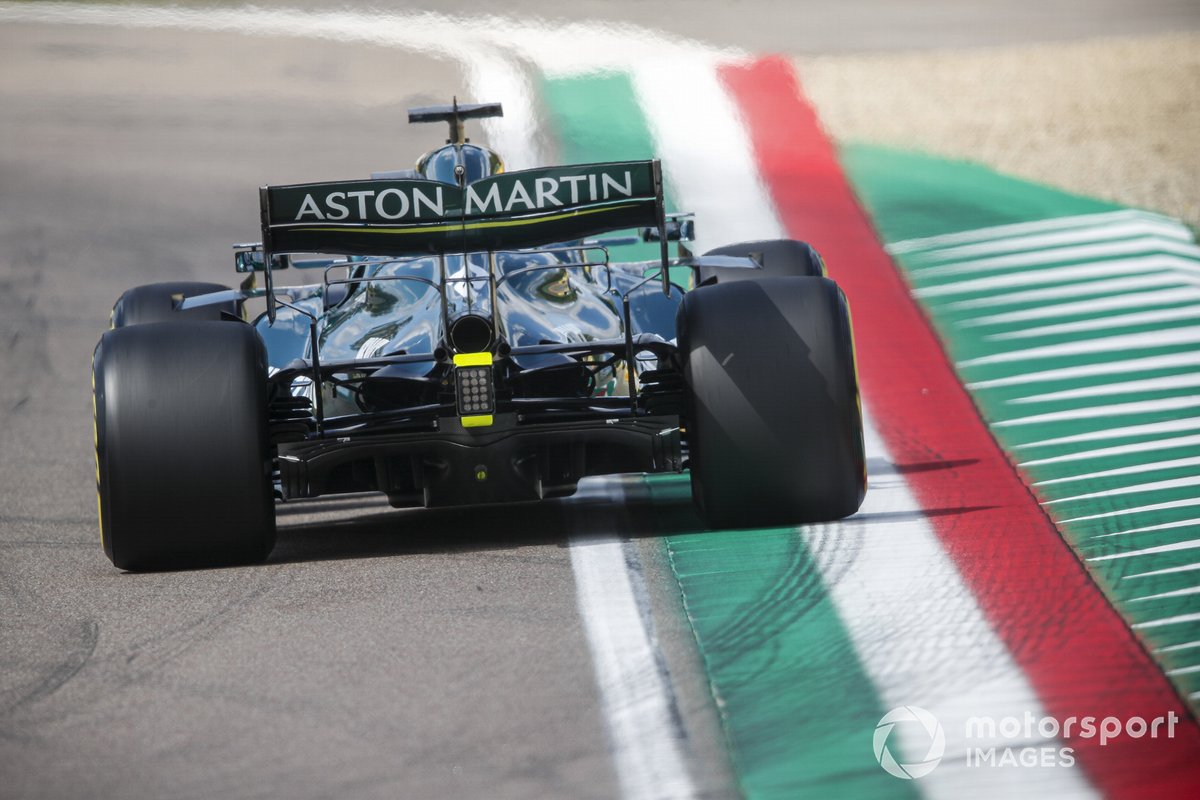 Aston Martin started out with the Z-shaped floor cutout that’s now preferred by most of the grid but its first effort was not quite as expansive as the new solution that arrived at the first race of the season.

The latest solution puts the team at the furthest point on the cutout spectrum to date, with most of the floor returned parallel to the car’s centreline. There is also a double row of fins to direct flow at the start of the cut out and a boxed-in set of fins line the edge of the floor ahead of the rear tyre. 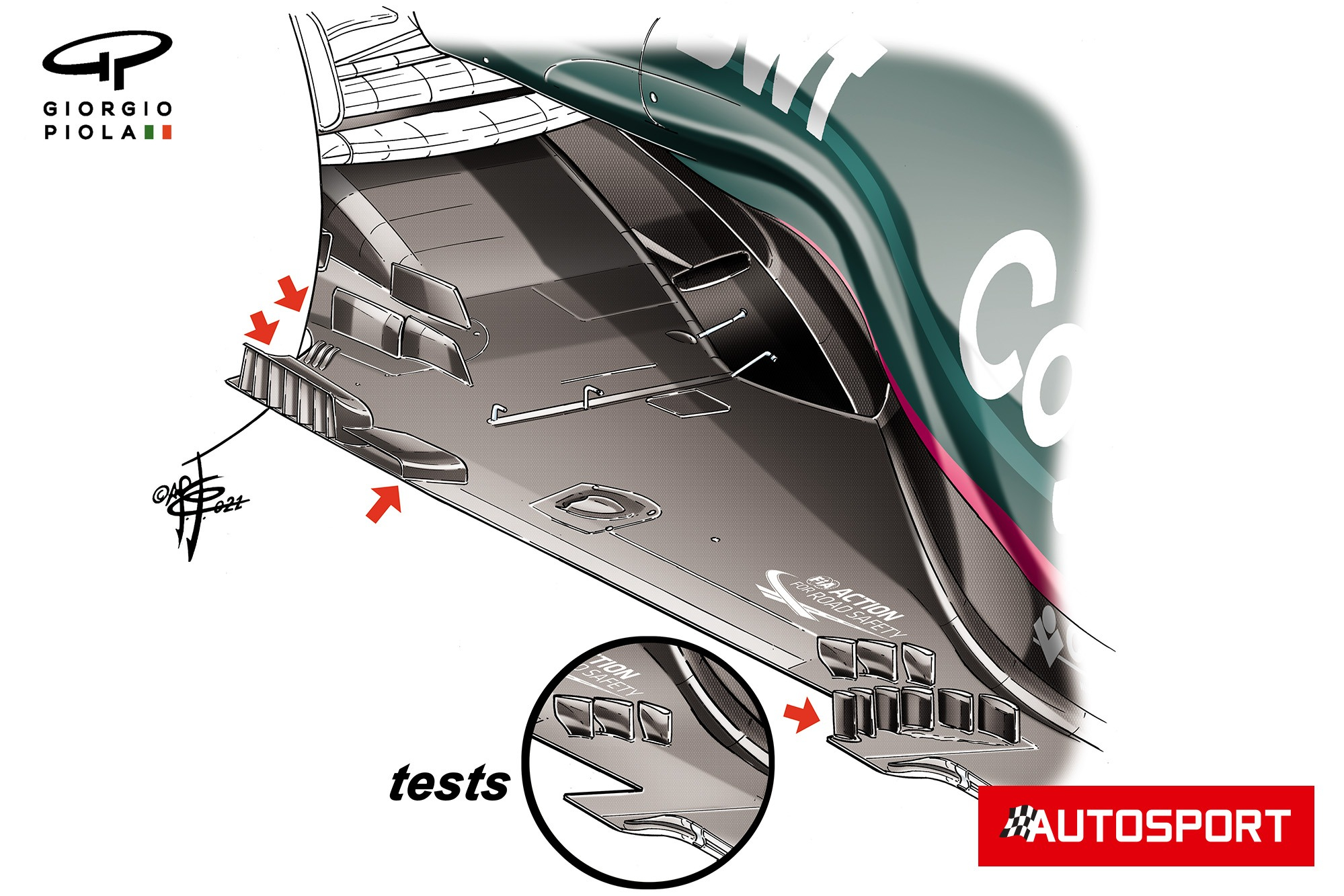 2021 F1 Portuguese GP session timings and how to watch