During the awards on Sunday at Grosvenor House in London, a silent auction took place in support of the Grand Prix Trust, a charity which offers support to the F1 community including ex-drivers and employees.

During the night, it was revealed that the leading bid for a four-person factory tour of Mercedes’ factory in Brackley had been claimed by Red Bull F1 boss Horner, who was attending on behalf of the team.

The winning bid eventually tallied in at £4,000, sparking humour on social media as fans considered the prospect of Horner having a snoop around the factory of Red Bull’s championship rival.

However, it has emerged that the terms and conditions of the prize mean that Horner may not be able to take up the offer of the tour. The small print reads: “Please note that employees of other Formula 1 teams are not eligible to take this tour.”

A variety of prizes were on offer via the auction, which along with external donations led to a grand total of £46,752 being raised on the night. 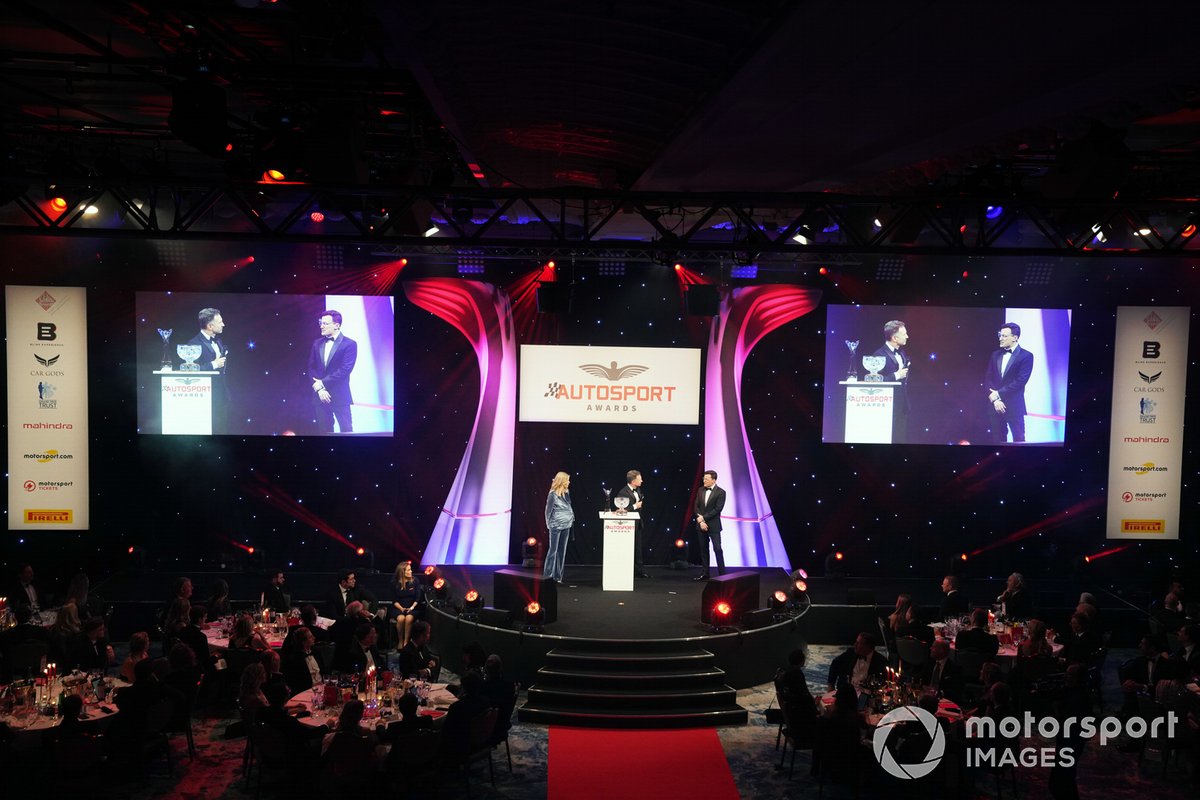 Presenters Nicky Shields and Will Buxton on stage with Christian Horner

Red Bull and Mercedes were engaged in a fraught battle throughout the 2021 season that saw both championships go to the final race of the season in Abu Dhabi.

Horner and his Mercedes counterpart Toto Wolff enjoyed a frosty relationship amid their title fight. Towards the end of the season, Horner claimed there was “no relationship” between them as rival team bosses.

During his time at the Autosport Awards on Sunday night, Horner saw Red Bull win the prize for International Racing Car of the Year for the RB16B which Max Verstappen drove to success in the drivers’ championship.

Horner also collected a trophy on Verstappen’s behalf for International Racing Driver of the Year, and paid tribute to his performances through 2021.

“It was like a heavyweight boxing match from Bahrain the first race until the last race in Abu Dhabi,” Horner said. “Max led more laps than all other drivers combined, won more races than any other driver last year, and is fully deserving of everything he achieved.”