Horner: Verstappen on "another planet" throughout 2022's F1 season

Red Bull Racing boss Christian Horner believes that Max Verstappen has been on "another planet" this year on his way to his second Formula 1 world championship.

Verstappen clinched the 2022 title with a dominant victory in Suzuka last weekend, with four races still to go.

There was some confusion after the flag about whether or not full points would be awarded despite the shortened race distance, but unlike the Abu Dhabi finale last year, the success was not clouded by controversy.

It was the sixth drivers' title for the team after Sebastian Vettel scored four wins in 2010-2013.

"To do it with four races remaining, I mean, it's truly a remarkable performance," said Horner, when Autosport asked if he could enjoy this success more than last year's.

"And I think Max has been on another planet this year, he has dominated this championship, driven with such maturity, such conviction.

"And I think, of course, far less controversial than the last race in Abu Dhabi, which was a titanic battle last year. And the big one outstanding for us is the constructors'.

"So after eight years, no other team has come close to winning it, and hopefully we can bring that home this year as well."

Horner agreed that drivers often face less pressure after winning their first title, allowing them to take a further step.

"I think last year was such a heavyweight bout between two titans," he said.

"And I think having achieved that world championship last year, it happened with Sebastian and it's happened again with Max, it's just taking that pressure off his shoulders of expectation, and he's just gone out and smashed it out of the park this year.

"He's in the form of his life, he's driving incredibly well, the team's working at an exceptionally high level, the strength and depth that we have throughout the organisation is immense. 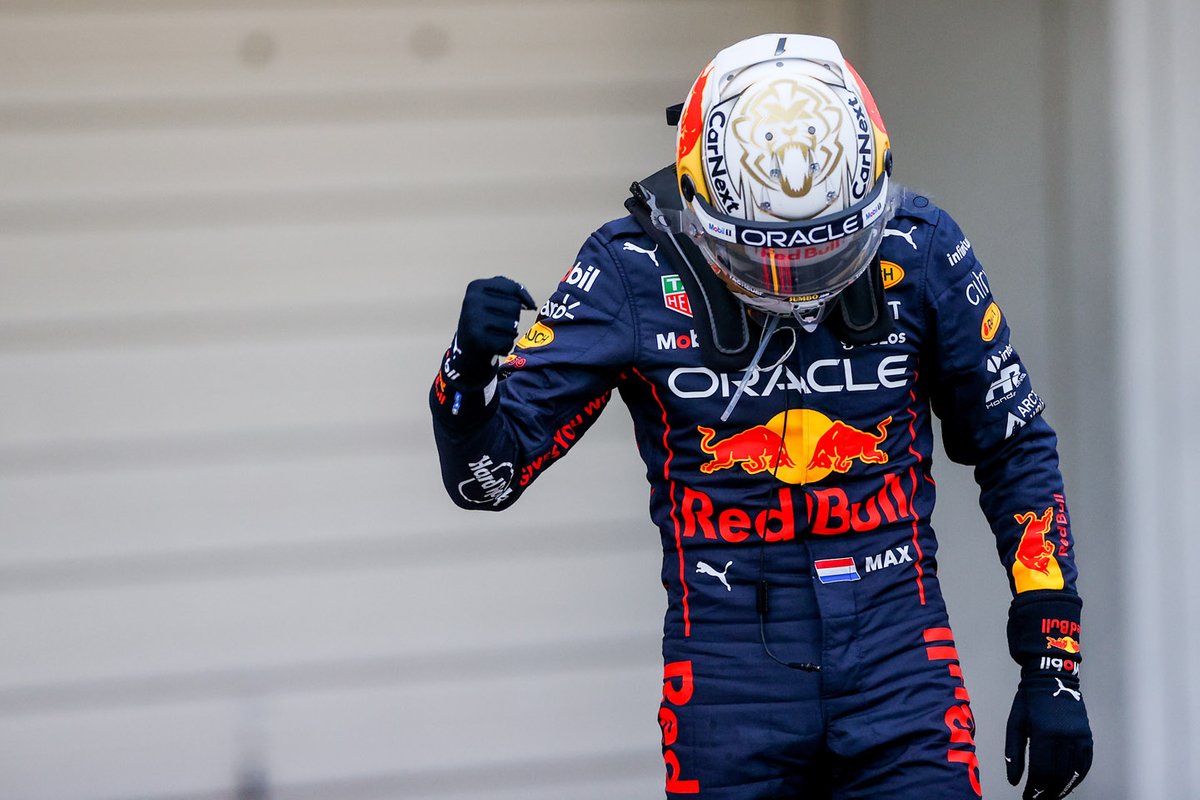 "And we're just very proud of him, and obviously, we'll enjoy this moment. But focus quickly to the constructors' side of the tables. And Checo [Perez] securing that second place in the championship."

The Suzuka win was not a straightforward one, as Verstappen nearly lost out to Charles Leclerc at the first corner, and had to muscle his way into the lead.

"We had a horrible start, he got quite a lot of wheelspin," said Horner. "But then he went for the old karting line around the outside. And he was fully committed.

"I talked to him in the break and he said, 'Look, I was going for it.' Charles gave him enough space and, and he made the move stick. And yeah, it was great racing those first two corners.

Despite the apparent ease with which he opened up a lead, it was a far from straightforward afternoon for Verstappen or his team.

"There's a huge amount going on," said Horner. "I mean, the circuit actually started to dry up. And these tyres don't like the energy, particularly in the first sector, you can do an awful lot of damage to them, and Max just controlled the slip, controlled the temperature, looked after those tyres, and in the end, had an awful lot in hand.

"We thought we were going to be one point short. So we're playing with the idea of pitting [to get fastest lap], but it was unsure whether Checo will pass Charles or not. But look, Max Verstappen has been outstanding this year.

"After a couple of difficult races early in the season, in the way the team has bounced back, the way he's driven, he's dominated this championship. And, again, that was a totally dominant drive today.

"What did he do? 25 seconds on Charles in 20-odd laps was a massive performance today. And with Checo finishing second as well.

"Fantastic for him and his championship, for the constructors', it's big points as well. So absolutely delighted with the outcome, and I think Max is a truly deserving champion."

Ricciardo wishes F1 could be more flexible with start times