Red Bull team boss Christian Horner thinks it is "unacceptable" that Formula 1 stewards can be lobbied by competitors while they are making decisions.

Horner was left angry at the way Mercedes F1 boss Toto Wolff was able to speak to the stewards during their deliberations over the crash between Lewis Hamilton and Max Verstappen in last weekend’s British Grand Prix.

After Wolff was advised over team radio by F1 race director Michael Masi to go and speak to the stewards, Horner marched down there himself to make sure that his team’s views were not ignored.

But he thinks that teams having direct access to stewards amid such debates should not be allowed.

“I saw Toto, who was lobbying the stewards, and I heard he was going there to do it, so I went to make sure that our view was represented,” explained Horner about why he was spotted at the stewards.

“I don't think it's right that a team principal should be able to go and lobby the stewards. They should be locked away so that they're not influenced.

“For me, it was unacceptable that he had gone up there to lobby the stewards. I wanted to make sure that there was a balanced opinion given, rather than trying to influence pressure on the stewards to make a menial sentence.”

Horner believes it is in F1’s interests for the stewards to do their deliberation in complete isolation, rather than be potentially influenced by outside parties. 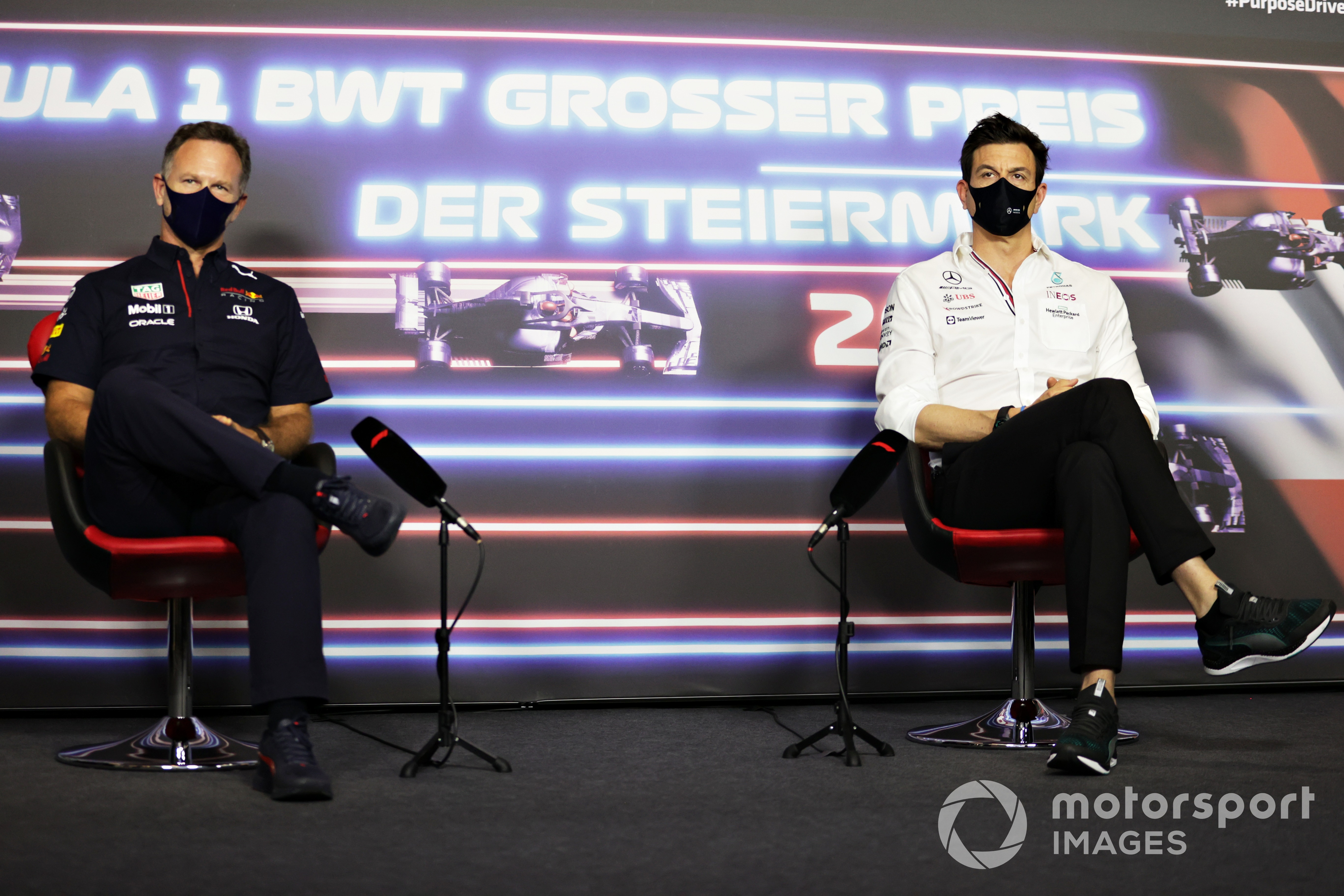 But despite Horner’s views on the matter, F1 race director Michael Masi said he has no problem with the stewards having an open door policy with teams.

"If we have an incident after the race, we invite the teams and the drivers to come up and appear before the stewards,” he said.