Vettel joined Red Bull in 2009 after serving his apprenticeship at sister team Toro Rosso. He finished second in his first season with the team and then won the world championship four times in 2010-13.

He then signed for Ferrari towards the end of a difficult season with the introduction of the hybrid engine rules in 2014.

Despite leaving the team, Vettel maintained a good relationship with Horner and the rest of the Red Bull camp after his departure.

“He was a pleasure for us to have in our team,” said Horner. “We achieved some great things together. I think having just watched him grow from a boy into a young man, he's a very principled guy. He has very strong beliefs.

“We've seen that in the latter stages of his career, as he's very much standing up for things that he feels passionate about, and rightly so. His family is important to him. He's a very private man. So pleased to see he's become an Instagrammer recently!

“And while his F1 career comes to an end, he's got a lot that I'm sure he wants to do in his life. And I'm sure he's going to go on and do some great things. It'll be sad not to see him around. But I think the timing is right for him.

“It's not nice to see him running around in the middle of the field, he doesn't deserve to be there. And I think the time is right for him to say, 'Now's the time for me to call time on F1'.” 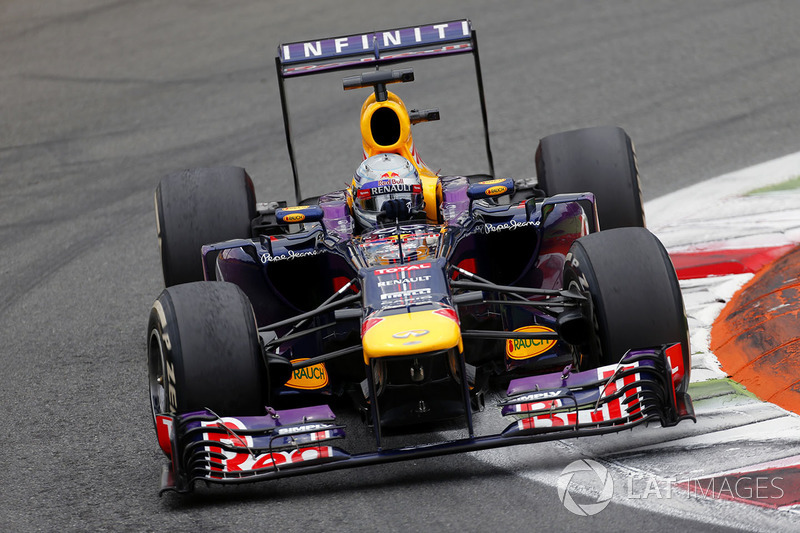 Horner paid tribute to Vettel’s commitment on and off the track over his years with Red Bull.

“I think the thing that stood out about Seb, was from the very beginning, you could see he was a very focused young man, and his work ethic was totally Germanic.

“He worked hard, he worked late, and he had a great sense of humour, so fitting into a British team, he embraced the culture immediately.

“He endeared himself across all areas of the business, whether he was turning up with chocolates for secretaries or learning the lingo in the garage – his command of cockney slang became legendary.

“He was formidable in the cars that we produced in that period of time. They were halcyon days in F1 – massive competitors, big teams that we were up against, and some outstanding successes.

“He, at that stage, was very focused on achieving not just success, but achieving and going for records. They meant a lot to him.”

Horner said Vettel showed steady improvement as he logged his four titles over his spell with the team.

“He just got better and better. I mean, in 2009, we were a young team, as well as him. And we made a few mistakes. In 2010, he was the standout driver that year, had a lot of unreliability, and against the odds won the championship at the end of the year.

“In 2011, he built on that. 2012 was a super tough year. He’d only won one race before we left Europe. And then won, I think, four on the bounce to go head-to-head with Fernando [Alonso] in that final race in Brazil.

“By the time we got to 2013, he just absolutely dominated, and then nine victories in succession that he achieved, that was that for me was his pinnacle year. He brought everything together and was just truly outstanding that year.”