Horner was left frustrated at a number of decisions made by current F1 race director Michael Masi during the Jeddah race – which included the five-second penalty that ultimately cost Max Verstappen a chance of winning.

On an evening that included Masi making major calls on red flags, handing positions back, bartering with Red Bull over grid slots and judging off-track overtakes, Horner felt it had not been a good evening for F1.

With a number of recent decisions by Masi having already divided opinion among competitors, Horner felt that the Saudi event had exposed what the series was lacking following the passing of Whiting in 2019.

Asked about comments from Verstappen that the calls made in Jeddah were befitting of F1, Horner said: “I think we're over-regulated.

“It felt like today the sport missed Charlie Whiting, I'm sorry to say, but the experience that he had…

“It's obviously frustrating but it's difficult for Michael [Masi] and the stewards, particularly at this type of venue, type of circuit, with the amount of debris and types of corner there are. But it's the same for everybody.” 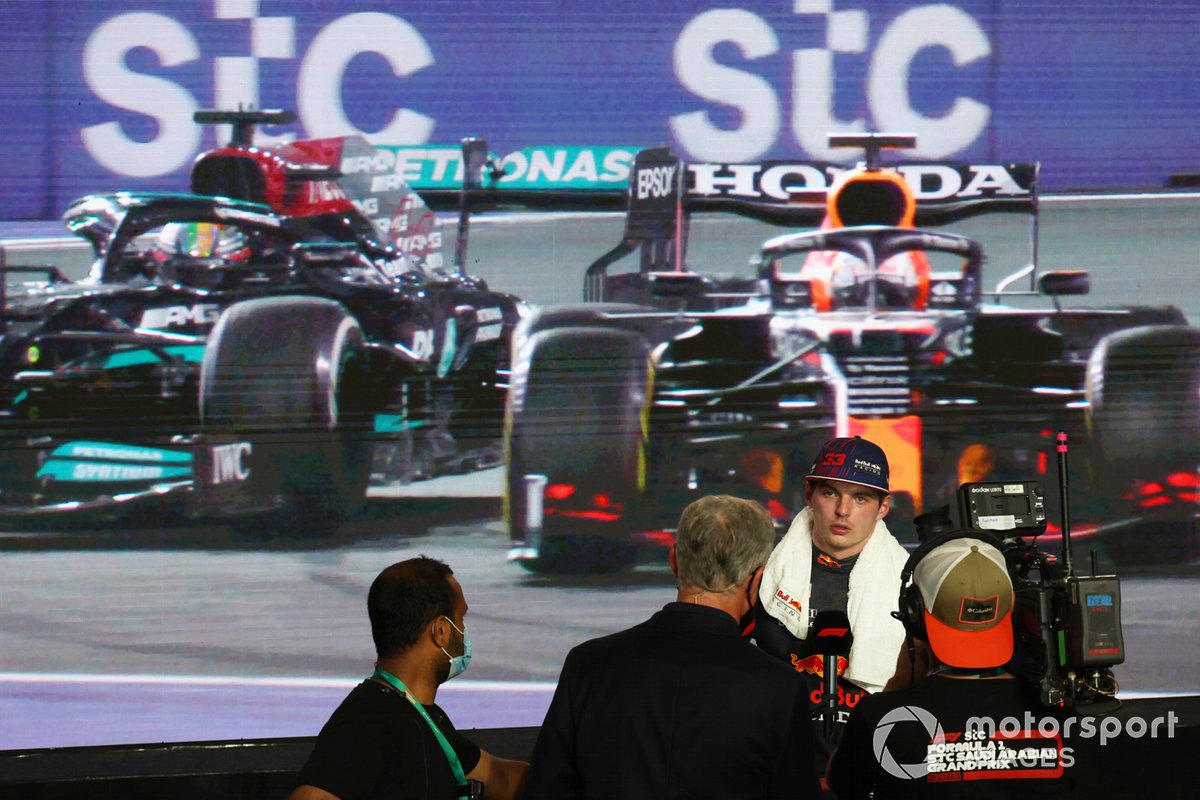 Horner questioned the consistency of the FIA's decision-making process, as he said that Masi’s rulings against Verstappen, including moving him back for the second restart and the five-second penalty, were in contrast to Hamilton escaping sanction for allegedly ignoring yellow flags and nearly colliding with Nikita Mazepin in Friday's final free practice session.

“Obviously pretty much every decision went against us, as they did in Doha a couple of weeks ago,” he said. “Then we saw two incidents yesterday that... it's been variable to say the least.”

Horner conceded that the intensity of events in the Saudi race, which included managing a lot of debris on the track, was not straightforward to manage. However, he reckoned there were big lessons to be learned from the events in Jeddah.

“I think it was a tough race for them to manage today,” he said about race control.

“Some of the process obviously was difficult to keep track of, so I think there are many lessons out of that race that will be discussed at length over the coming weeks.”

Horner was speaking before the extra 10-second penalty that Verstappen was given on Sunday night for “erratic” braking when he was supposed to be letting Hamilton ahead of him, which led to contact between them.