Christian Horner does not see Daniel Ricciardo “as the same driver that he was” when he raced for Red Bull in Formula 1, believing his confidence has been “sapped”.

McLaren announced on Wednesday that Ricciardo would be leaving the team at the end of the 2022 season after agreeing terms for his exit with one year remaining on his contract.

The decision came after Ricciardo struggled to match team-mate Lando Norris for form during their 18 months as team-mates, despite giving McLaren its first win in nearly nine years at Monza last September.

Ricciardo enjoyed the peak of his success at Red Bull between 2014 and 2018, scoring seven wins and twice finishing third in the drivers’ championship. He left the team at the end of 2018 to join Renault.

Red Bull F1 boss Horner said the situation surrounding Ricciardo was “very sad” as the Australian looks for options to remain on the grid for 2023.

“I don’t recognise him as the same driver that he was when he was with us,” Horner said in an interview on Sky Sports on Friday.

“If you think back to some of the races he drove for us, [like] winning Monaco Grand Prix with 50% of the power [in 2018], he put in some amazing performances.

“You have to think when he was alongside Seb [Vettel], when he first came into the team, how he delivered, how close he was obviously with Max [Verstappen] as well.

“So obviously it’s tough for him, but I really hope that he finds something for the future.” 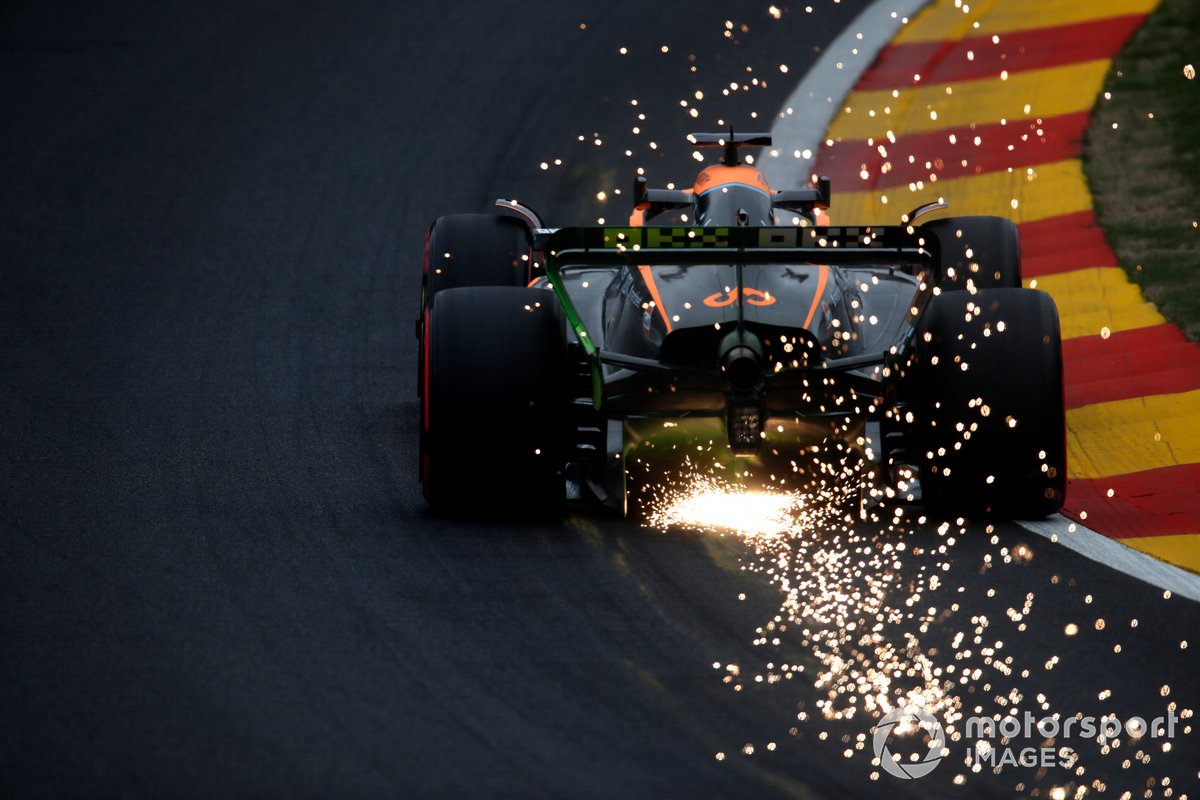 Ricciardo proved an even match for Verstappen in their three seasons as team-mates at Red Bull, but Horner felt he was no longer performing at the same level.

“We saw how close those guys were,” Horner said.

“Max has evolved since Daniel left the team. But Daniel on his day, he was right there. He put in some amazing performances, and we were sad to see him leave the team.

“His confidence has been sapped. We’re used to seeing him on the podiums doing shoeys, messing around with that big smile. We don’t see any of that any more.

“I hope for him he finds an opportunity to further his career, because I think Formula 1 would be better off having him in this championship than not.”

Following its decision to part company with Ricciardo, McLaren is now focusing on replacing him with reigning F2 champion Oscar Piastri, who is embroiled in a contract dispute with Alpine that is set for ruling on Monday.

Alpine has supported Piastri through much of his junior career and helped him through an extensive F1 testing programme, and plans to field him next year as Fernando Alonso’s replacement.

“I think if Renault and Alpine have invested into his junior career, it’s because you invest in youth because you’re investing in it for the future, and there has to be an element of loyalty within that,” Horner said.

“I don’t understand obviously contractually what’s going on there, but for him to be even in a position to think that he doesn’t have to drive for Alpine next year, obviously shows there’s something not right.

“Hopefully it’ll get sorted. He’s another great young talent. He drove for the Arden team in Formula 4, Formula Renault, so I know him pretty well. He’s a great talent that should be on the grid.

"Probably there’s been a bit more mess around his debut than there should be.”