Verstappen controlled proceedings at the front of the field from pole position to secure his second win of the year in the Emilia Romagna Grand Prix, negotiating the switch from wet to dry conditions well before ultimately crossing the line 16 seconds clear of team-mate Sergio Perez.

Perez enjoyed a close battle with Ferrari's Charles Leclerc through much of the race, but saw out the closing stages without any pressure after the championship leader spun off at Variante Alta with 11 laps remaining.

The result marked Red Bull's first 1-2 finish since Malaysia 2016, and meant it left Imola dropping just a single point across the entire sprint race weekend after Verstappen headed Leclerc and Perez in the sprint.

It marked an important response from Red Bull after Verstappen's retirement from second place in Australia two weeks ago, having failed to put up much of a fight to Leclerc, who eventually recovered to sixth in Imola.

"It was just the rebound that we needed after the disappointment of Australia a couple of weeks ago," Horner said after the race.

"[It was a ] phenomenal team performance because we took a bit of a risk coming into the weekend with a couple of small parts we introduced the car, which is always tricky when you've only got one session.

"But we attacked the weekend from the word go, and both drivers have been unbelievable. Both Max and Checo have driven brilliantly this weekend and that 1-2 finish, all credit to the team.

"Picking ourselves up after the disappointment of Australia, to come back with a result like that here in Imola was one of our best-ever results." 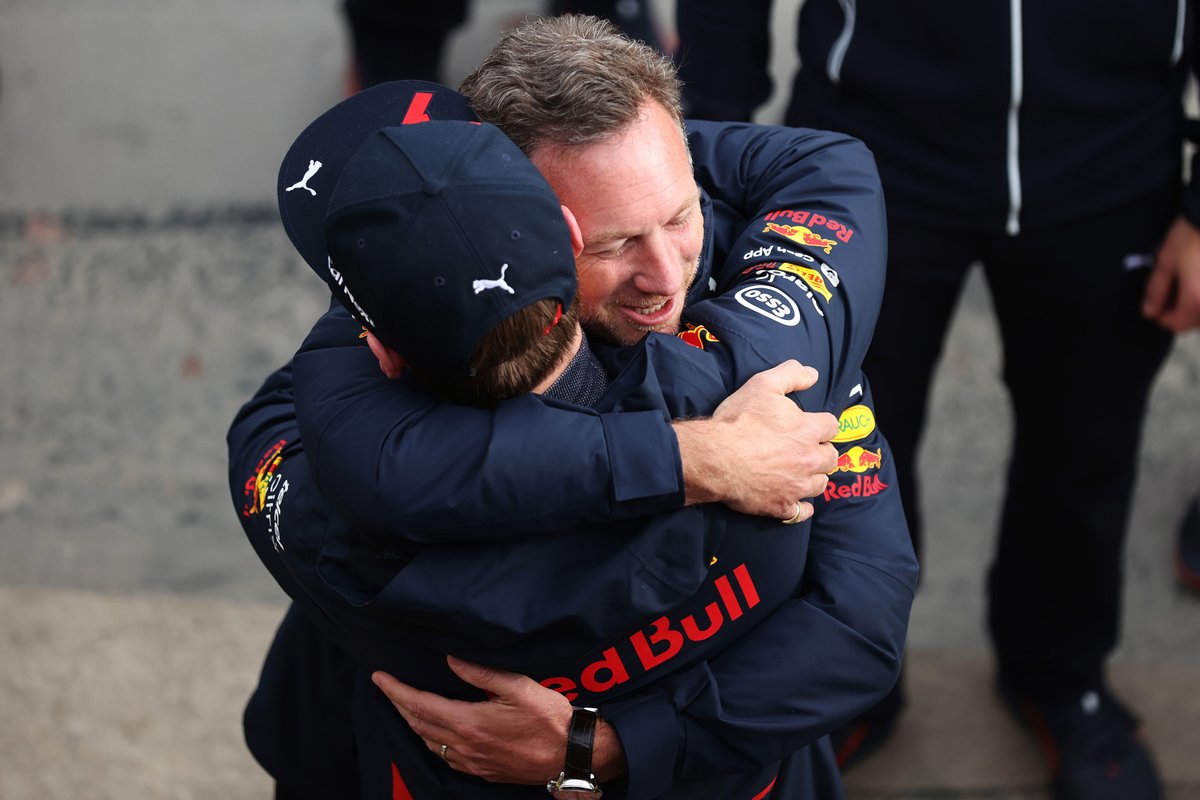 Red Bull enjoyed the measure over Ferrari in Italy, allowing the team to cut the gap down to 11 points at the top of the constructors' championship. Verstappen also reduced Leclerc's drivers' championship lead down to 27 points.

"It's a long, long season, and I think we'll take a lot of confidence out of this weekend," Horner said.

"The championship, obviously it was important for us to take some points off Ferrari, which we've done in both championship tables.

"We'll take that out of this weekend, and then try and build on it in Miami, an all-new circuit in a couple of weeks' time."

Leclerc's spin came as he hunted down Perez in the final stint to try and recover second place after slipping back from the front row at the start of the race.

Horner said the chicane was a part of the track where Leclerc was "consistently quicker than Checo", but that the Ferrari driver "got a little bit too greedy on the soft tyre".

"Mistakes can happen, and he was actually lucky to finish the race and obviously still get sixth place," Horner said.

"It was a bonus for us that, obviously we were able to take a few more points off than with him not finishing on the podium."

Hamilton: Everyone at Mercedes 'feeling it' over F1 struggles