Christian Horner says that Red Bull spoke to Lando Norris “a couple of times” about a potential Formula 1 seat prior to his contract extensions with McLaren.

Ahead of the United Sates Grand Prix, Norris revealed in an interview with German publication Auto Motor und Sport that he had spoken to Red Bull ahead of signing his latest McLaren deal.

Back in February, Norris put pen to paper on a new long-term contract with McLaren that will keep him with the team until at least the end of the 2025 season, making it one of the longest-standing driver contracts on the grid.

Norris said at the time there had been “little chats here and there” with other teams before he signed his new McLaren deal, but that “nothing went far.”

Asked by Autosport about the talks with Norris, Red Bull team principal Horner said: “We’ve spoken to Lando a couple of times over the years.

“But every time we’ve had a conversation, the next day he’s signed a contract with McLaren.

“He’s on a long-term contract with McLaren, and it looks like he’s going to be there for a few more years.”

Back in 2018, Red Bull’s sister team, Toro Rosso, was interested in signing Norris when he was racing in F2, prior to McLaren confirming the Briton would be making the step up to F1 the following year.

Norris expanded on his comments about the Red Bull talks over the Mexico Grand Prix weekend, saying his long-term McLaren deal was not in reaction to the talks with Red Bull. 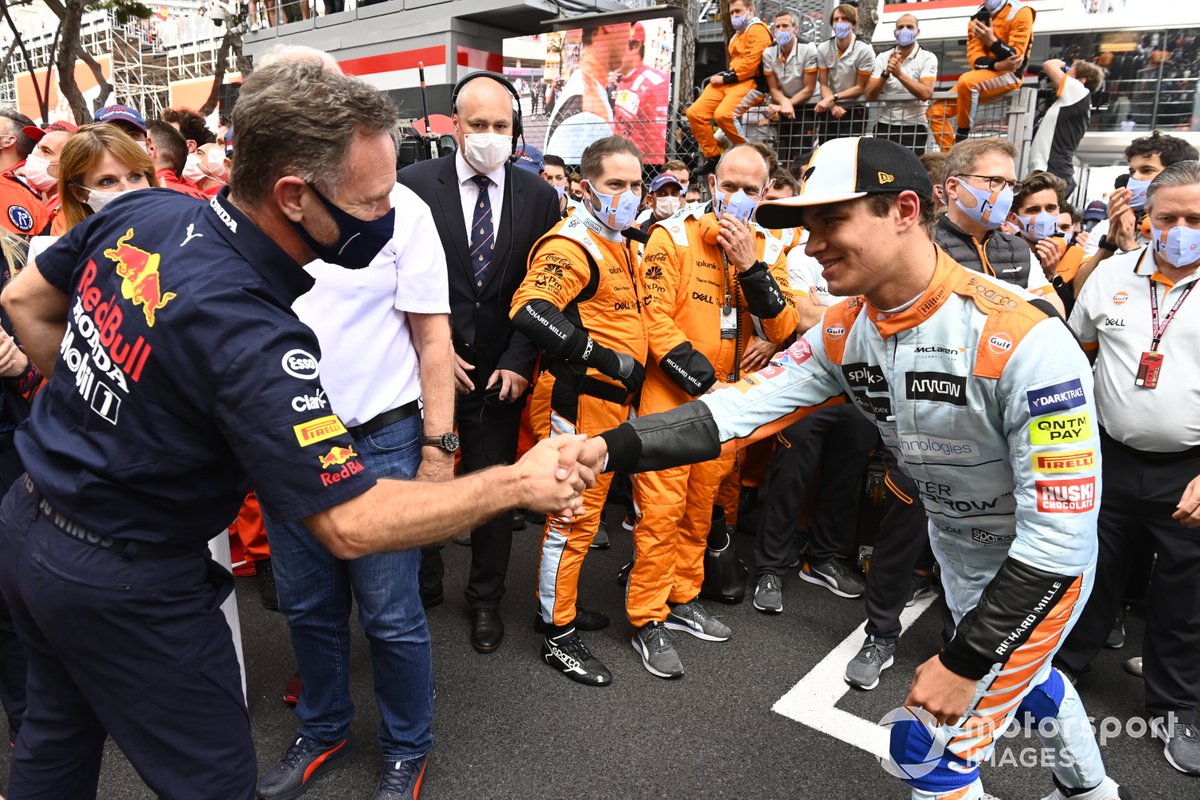 “It was more just when it came to the end of my contract, and it wasn't like we were talking heavily,” said Norris.

“Everyone always tries to speak to all teams at some point, so it was just [that] I spoke to them. I spoke to a few other people. But like a chance to chat. It's not like, you know, 'what can we do?' straightaway. Just keeping in touch, things like that. It's as simple as that sometimes.

“I was just coming to the end of the contract, when you see like what options are available, you just kind of find out what's possible, what might be possible over the next few years.

“It wasn't just Red Bull. Every driver has chats with a lot of different teams on what could happen. Simple as that basically.”

Following his F1 graduation in 2019, Norris signed subsequent deals with McLaren in May 2021 and in February of this year, and clarified in Mexico that he had “always been happy” with the team.

“Before I've ever spoken to anyone else, my talks have always been with McLaren first,” said Norris. “It's always how it goes.

"The best thing for me is signing the contract that I have now, just having that confidence and knowledge that you're going to be in Formula 1 for whatever, three, four or five years.

“For me, that's like the best feeling. [It] makes you more relaxed, more comfortable in the environment you're in. So that's the best of all of it.”