In the deciding Q3 shootout at Monza, Perez left the pitlane ahead of Verstappen to provide the Dutchman with a crucial tow that compromised his own result in the process.

The assistance from Perez helped Verstappen qualify third for Saturday's sprint, crucially just ahead of both McLarens, as Mercedes drivers Valtteri Bottas and Lewis Hamilton locked out the front row.

Team principal Horner praised Perez's role as a team player, suggesting that Verstappen was "vulnerable" to being outqualified by the Mercedes-powered McLaren cars.

While Verstappen edged Lando Norris by 0.023s, Horner estimated that the lack of a tow cost Perez half a second as he ended up six tenths down on Verstappen in ninth - ahead only of Antonio Giovinazzi's Alfa Romeo.

"I have to say, Checo played a key role as a team player today to give his team-mate a tow and help Max get into that position, because I think we were vulnerable to the McLarens," Horner told Sky Sports F1.

"Max up there in P3, Checo probably sacrificed half a second. So, he should have been higher than where he is, but we were pretty happy with that result.

"Based on what the deficit was last year, we pretty much halved that gap [to Mercedes]." 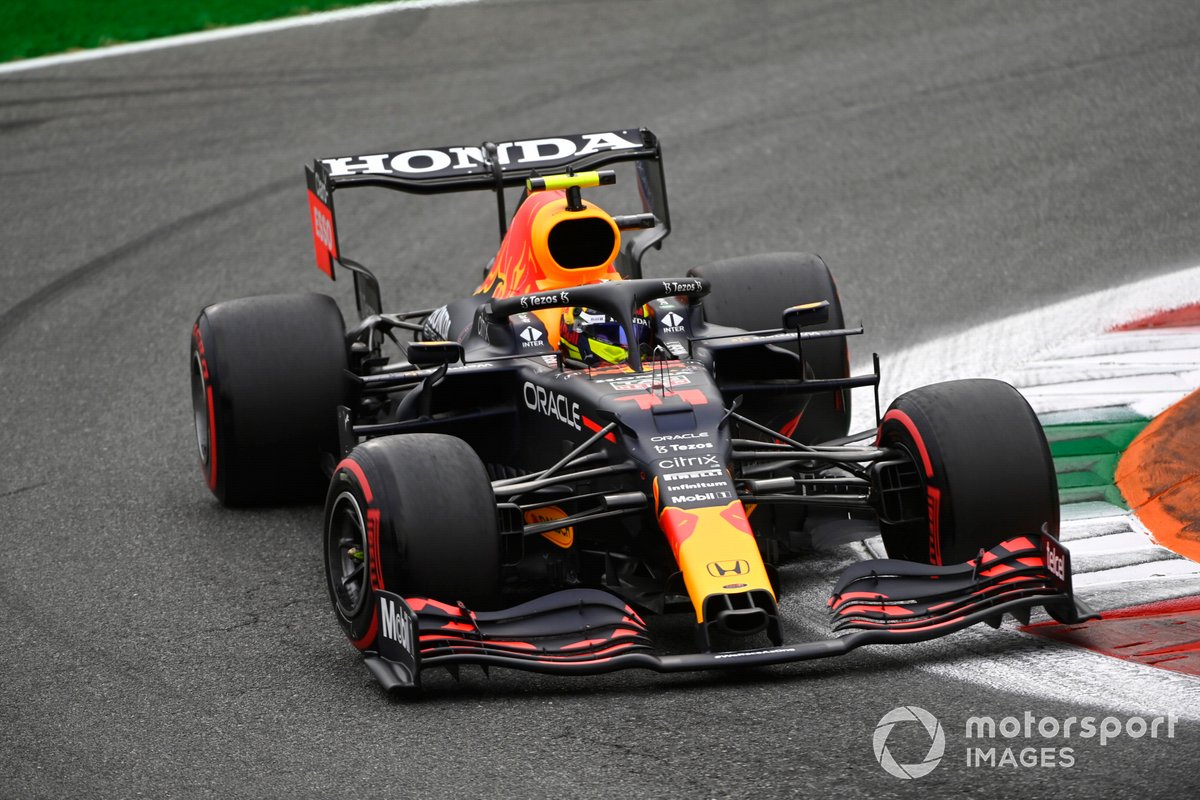 Perez explained his car was "really low on downforce" for Friday's qualifying session and conceded that making up ground in Saturday's 18-lap sprint, which sets the grid for Sunday's grand prix, will be a challenge.

'We were struggling there, we're really low on downforce," he said.

"Just trying to optimise the Sunday, so hopefully that can pay us back and then tomorrow in the sprint race, hopefully we can make up some positions and come through the field. The long run looks promising.

"The sprint will be quite hard, because it will be a DRS train very early on, but it's a long race and a lot of things can happen tomorrow."

"What's interesting is the run down to Turn 1," he added.

"Max is on the right side of the grid, hopefully he can pick up a tow on the run down to Turn 1. So, it puts even more emphasis, I'm sure.

"Lewis would have probably preferred to be on the left [rather] than the right.

"It's going to make it a really exciting sprint race, which of course is effectively the qualifier."