Red Bull says that Sergio Perez is doing better than the Formula 1 team expected him to do, but it is in no rush to sort out a fresh contract with him.

The Mexican was signed by the Milton Keynes-based team as replacement for Alex Albon this year, with the outfit believing it needed a stronger line-up to bolster its world championship chances.

Although Perez had some difficulty early on in adapting to the characteristics of the Red Bull car, especially in qualifying, he has made great progress and took victory in last weekend's Azerbaijan Grand Prix.

Red Bull team principal Christian Horner has nothing but praise for the rate of Perez's development, as he labelled his race pace in Baku as particularly impressive.

"We knew he was good around here but we didn't know he was that good," explained Horner.

"He was quick all weekend, and he's been bang on the pace. The only one lap where he made a mistake was Q3 run one.

"His race pace was phenomenal. Had he not been long at the first stop, he would have been right on top of Max for the overcut at that point as well, such was his pace in clean air.

"So phenomenal for him. The way he was defending Lewis [Hamilton] and controlling, that was a class act.

"To see him get that victory, it will be great for his confidence. It puts him up to third in the drivers' championship now. So I think he's ahead of expectation." 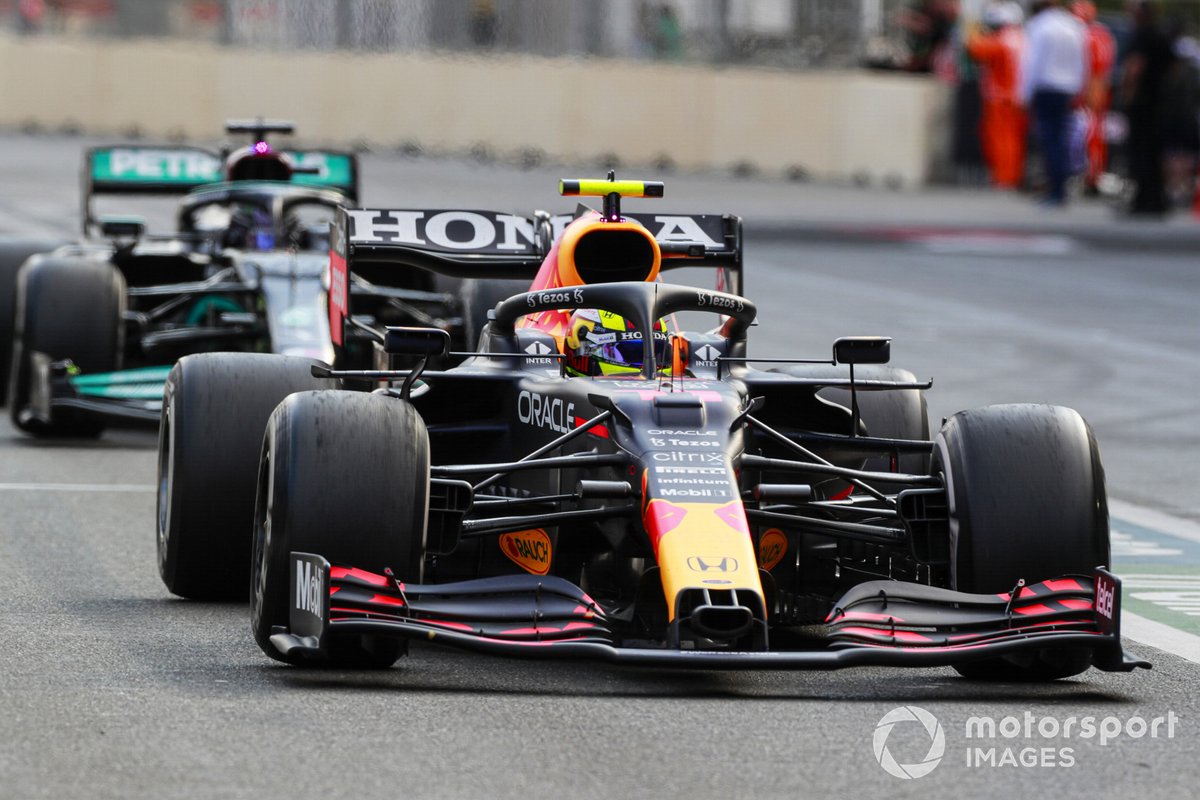 But, although the victory leaves Red Bull not needing to look beyond Perez for 2022 contenders, Horner said he is happy to wait before thinking about a possible contract extension.

"I'm really happy with the job that Checo is doing," he said. "We are only on race six out of 23. We've got plenty of time. He's enjoying being in the team. He's doing a great job and he just needs to keep doing what he is doing."

Horner did accept, however, that having Perez right up there in the mix for wins was a huge benefit for Red Bull.

"It's great to have both cars up there obviously, and I think that it's an added string to our bow on a day when you lose your lead car," he said.

"Checo is right there and, to deliver the win, that's exactly what we've been looking for. So I'm delighted for him, and pleased for the team for the amount of effort that's been going on behind the scenes."