Although the safety car brought out for Daniel Ricciardo's stranded McLaren cemented Max Verstappen's 11th victory of the season, Horner was adamant that it was not the manner he wished the race to end.

The safety car initially picked up George Russell instead of Verstappen, which prolonged the time spent under safety car conditions, and thus meant that the cars it had let go to eventually lock onto the race leader did not have enough time to catch up.

This denied the home fans a chance to see Ferrari's Charles Leclerc have a tilt at passing Verstappen for victory, and Horner empathised with the tifosi - stating that the safety car denied a "grandstand finish".

"We don't want to win a race under a safety car," Horner told Sky F1.

"And that's something that we've talked about for many, many years that they should finish racing. There was enough time to get that race going.

"We had the faster car, and we would have liked to have won the race on the track, not behind the safety car.

"So we share the disappointment of all the fans because it took away a grandstand finish." 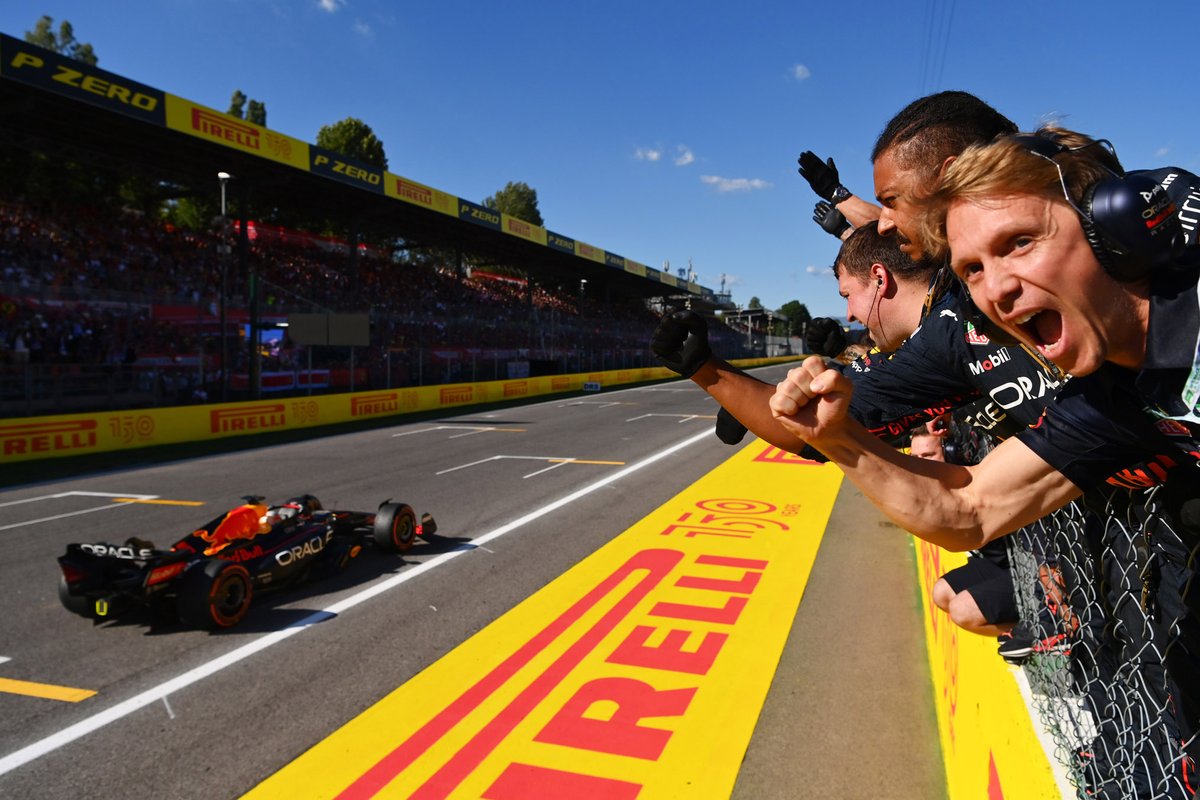 Horner said that, given the pace of Verstappen, the Red Bull squad was primed for victory anyway without the safety car - but noted there was a slight tyre off-set between the two drivers contending for the after their safety car stops, with Leclerc on a scrubbed set of softs while Verstappen had a brand new set if the race got going again.

The Briton also questioned why the clean-up operation for Ricciardo's car took so long, given the car was simply stopped at the side of the track.

"I'd just like to see the race play out," he said.

"And, you know, I think we would have won it if there hadn't been a safety car, we had enough pace in hand on the one stop that we'd adopted.

"We'd saved a new set of tyres, we had a new set versus Charles's scrubbed set. But it was also for a grandstand finish that we didn't get to see.

"And I think it goes against the principles of what we've discussed previously. So the biggest losers today, unfortunately, were the fans. But we need to look quickly to address it.

"We need to go through the details of it. But for me, there was more than enough time to get that race going again. And again with a car that wasn't in a barrier. It was parked on the side of the track."

When asked for his views on the safety car procedure, Mercedes boss Toto Wolff said that the race direction had done its job - hinting that it had learned from the experience of the 2021 Abu Dhabi Grand Prix when a rushed final lap restart handed Verstappen the chance to attack Lewis Hamilton and claim the world title.

"The race direction's corner has been under critics but this time they followed the rules," he told Sky.

"Maybe they could've done it a lap earlier or let George through - but they followed the rules and accepted the race ends under safety car.

"This is how it should be."