Hamilton had delivered his most competitive outing of the season so far at Silverstone, as he led the race during the middle pitstop phase having extended his first stint on medium tyres.

His tyre degradation looked good and he managed to get to lap 33 on the medium compound he started with. This compared to main rivals Carlos Sainz having pitted on lap 20 and Charles Leclerc on lap 25.

Rather than going for the fastest soft, Mercedes elected to put Hamilton on to the safer hard, a move which Horner reckons was wrong as he feels the team missed the chance for a maximum performance offset against Ferrari.

"I was actually surprised that Lewis, with the amount of laps to go, and the degradation that he's shown, didn't take a soft," explained Horner.

"He went onto the hard tyre on lap 33 and I actually thought he was going to go on to the soft, because that would have made it much easier for him to make the offset in grip.

"It felt like they [Ferrari] have maybe been let off the hook there."

Horner also says he has questions about Ferrari's own strategy calls, having not got Sainz out of the way of Leclerc early in the race, and then electing not to pit its Monegasque driver at the final safety car.

"Everybody's different aren't they? Every team is different," he said about the team's approach.

"I suppose that the call I understood least was not to pit both their cars, or certainly Charles, for the soft tyre [at the safety car]."

That late safety car that was triggered by Esteban Ocon's Alpine stopping on the old start-finish straight. 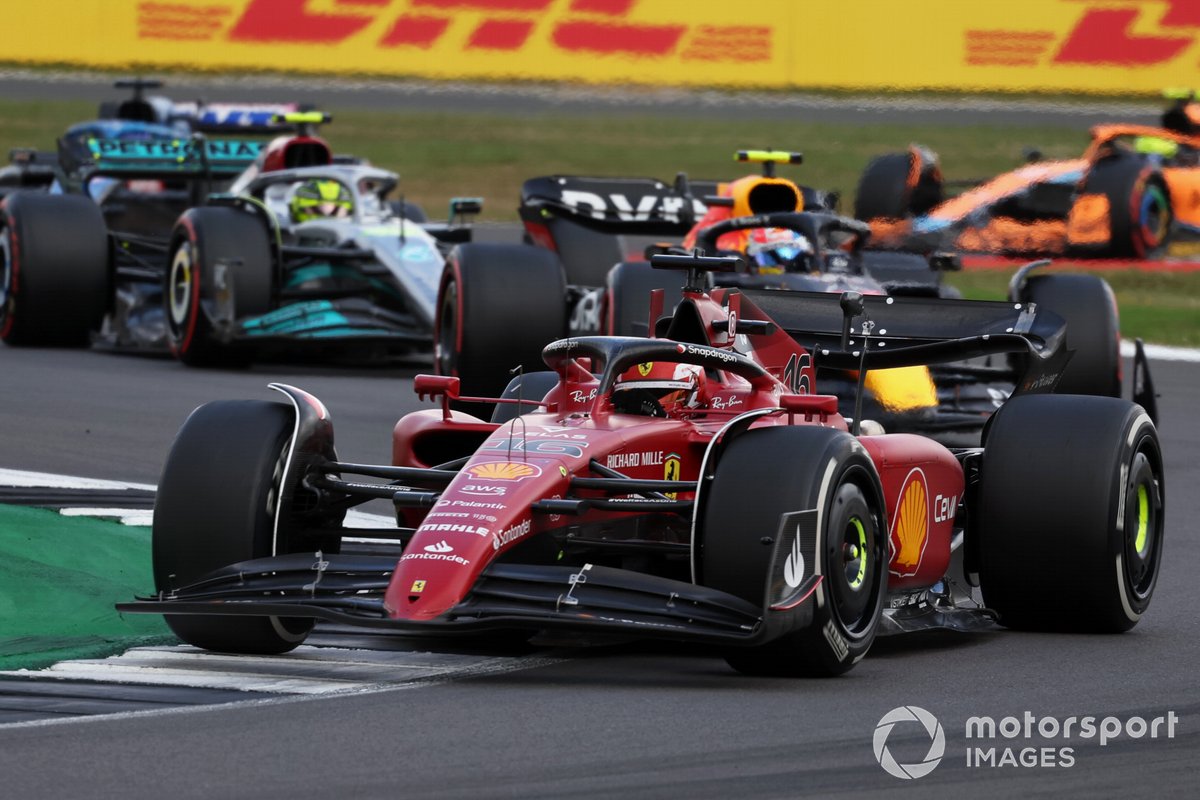 While Ferrari chose not to pit both cars because it felt there was not enough time to double stack - and it didn't want Leclerc to come in and lose the lead to Hamilton if he carried on - Horner believes that it should have stopped.

"[Hamilton] obviously had a free stop," said Horner. "And when you're the lead car, it's the hardest thing in the world to pit from the lead.

"But I think even if Lewis would have stayed out, with the tyre advantage of the soft, they [Ferrari] would have repassed him."

Ferrari's strategy decision meant Leclerc dropped from the lead at the restart to finish fourth, which only put him three places ahead of title rival Max Verstappen.

Horner admits that things could have been much worse for his team after Verstappen's victory hopes evaporated thanks to car damage picked up from an errant AlphaTauri front wing endplate.

"On a day where we've had two cars that were not in good shape at different points of the race, Sergio [Perez] has extended his lead over Charles, consolidating second place, and Max has only conceded six points to Charles.

"I think in the constructors we lost only 13 points. It could have been much worse."