Realising the power of the DRS on Jeddah's long city streets, Leclerc purposefully started easing off the throttle well before the last corner, forcing Verstappen to overshoot ahead of the DRS detection line. That meant Leclerc would get the DRS advantage on the following main straight, easily enabling him to retake the lead.

Verstappen quickly caught on to the Monegasque's tactics and at his next attempt the Dutchman locked up his tyres trying to stay behind Leclerc ahead of the final hairpin, both drivers actively seeking to avoid being in the lead.

With four laps to go Verstappen finally passed Leclerc to win the race after what he called "playing smart tricks", with Leclerc admitting he was "half throttle trying for Max to overtake me and for me to have the DRS".

"It worked once and then the second time, he understood so he braked very early and then there was a bit of a mess, but I think it was it was fun," he added.

While their duel was entertaining to watch and both protagonists saw no issue with it, questions were asked about whether drivers deliberately trying to avoid overtaking each other is the type of racing that F1 should encourage. 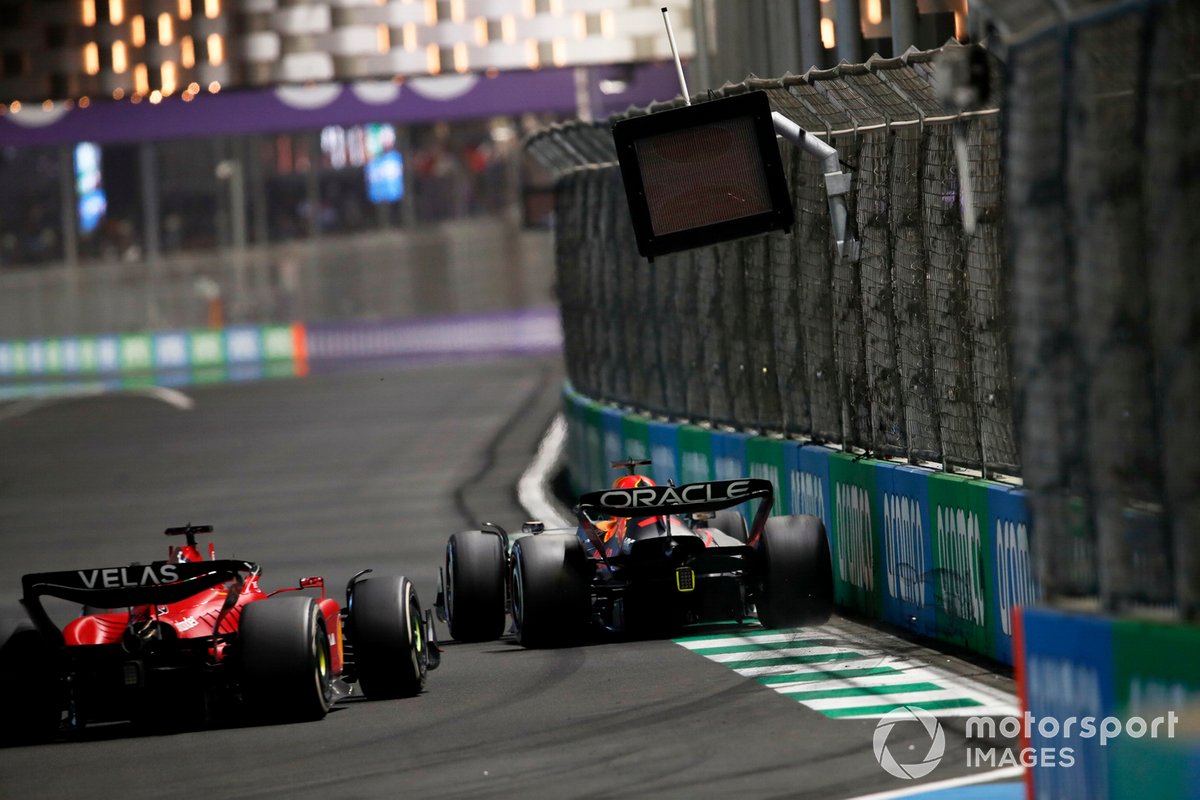 When asked by Autosport if the DRS games being played were getting silly, Red Bull F1 chief Horner acknowledged that F1 should look into where the DRS detection lines are drawn to avoid "a game of cat and mouse".

"The DRS is so powerful you could see that there was a game of cat and mouse going on between the drivers, where they'd actually brake to a point that they actually accelerated into the corner," Horner said.

"I think maybe we should look at where that DRS detection zone is for future years. You definitely want to avoid being in that situation."

Horner felt the Jeddah street fight did confirm that the 2022 rules had hit the mark, even as several drivers suggested that overtaking would still be impossible without DRS.

"I think the really encouraging thing about these regulations is that in the last two races we've seen Charles and Max pass each other about 10 times, which we haven't seen in previous seasons," Horner explained.

"It's been great racing, another fantastic race there between the two teams. Of a sample of two, you'd have to say it's a big tick in the box for the ability to follow closely and race wheel to wheel. It's been outstanding."