The Japanese manufacturer has struggled with performance and reliability this season, with the alliance the only F1 team yet to score in 2017.

Brown expressed "serious concerns" about Honda's capability in F1, following the news it would not be bringing an update to Canada because it was not yet ready.

When asked about Brown's comment that Honda appeared "lost", Honda chief Yusuke Hasegawa told Autosport: "It is unfortunate I can't convince them we are going in the right direction.

"But I am confident we are not lost.

"We still need some more time but we are doing the right thing.

"We are doing many things to speed up our development but I don't disclose what."

The Honda boss says the only way he can convince McLaren that Honda can turn things around by "delivering a better engine".

He added: "Maybe they are thinking Honda can make it in the future but we need to convince them by showing them."

Hasegawa and Brown discussed the latter's comments during a discussion in the McLaren hospitality unit in the Canadian GP paddock on Friday.

Hasegawa said he understands Brown's frustrations and insisted the pair "still have a good relationship".

"I was not surprised [by his comments]," added Hasegawa. "It's no wonder he has complained and he is frustrated.

"I'm frustrated, I'm disappointed, the team is disappointed. "This is a very difficult, a tough situation." 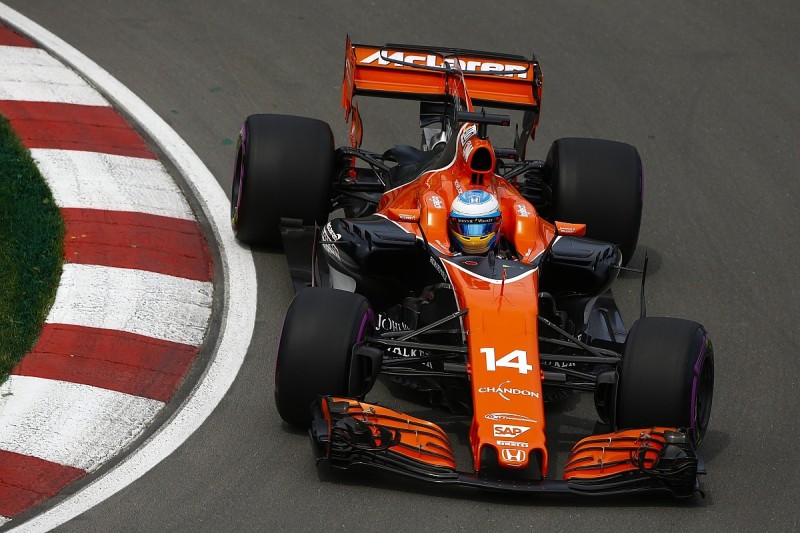 When asked if McLaren Honda can continue working together given the recent criticism, the Honda chief said: "There is no doubt about that.

"We are strong [and] connected as a team.

"We have decided to overcome these very tough conditions as a team together.

"We're working together to improve the situation."

Brown said on Friday that the team has back-up plans in mind for the 2018 F1 season if Honda's struggles continue.

Hasegawa said Honda has not been given a deadline by McLaren "at this moment" as to when it needed to prove performance but it plans to introduce an upgrade as soon as it is proven on the dyno.

On Friday, F1 sporting chief Ross Brawn told the BBC that the series values Honda and "if we can do anything to support their efforts to improve for the future we will do that".

When asked about Brawn's comments, Hasegawa said: "I didn't know that, but I'm very happy to have that."

Honda is understood to be using consultants to help it progress, with Hasegawa saying: "I've never said we don't want help from outside.

"It is happening but I don't disclose with who."

Formula 1 bosses hoping for 'a long partnership' with Silverstone