Honda is poised to adopt similar power unit packaging to that preferred by Mercedes for its 2017 Formula 1 engine, as part of a major revamp of the design

The Japanese manufacturer and partner team McLaren have been tight-lipped about what was changing with its power unit for the season ahead as it uses the lessons of its first two years back in F1.

McLaren technical director Tim Goss did confirm last week that there would be a new layout and architecture for the season ahead, as Honda takes advantage of unlimited modification scope following the end of the development token system.

"The new power unit takes much of the learning from the past two seasons, but has been specifically redesigned for this season," he said.

Although no details of the redesign have been revealed, sources have confirmed that Honda's F1 chief Yusuke Hasegawa has given the green light to move away from the compact 'size zero' concept that has been used for the past two years.

That design - aimed at making the engine packaging as tight as possible - featured a split turbine and compressor situated within the confines of the V-bank of the internal combustion engine. 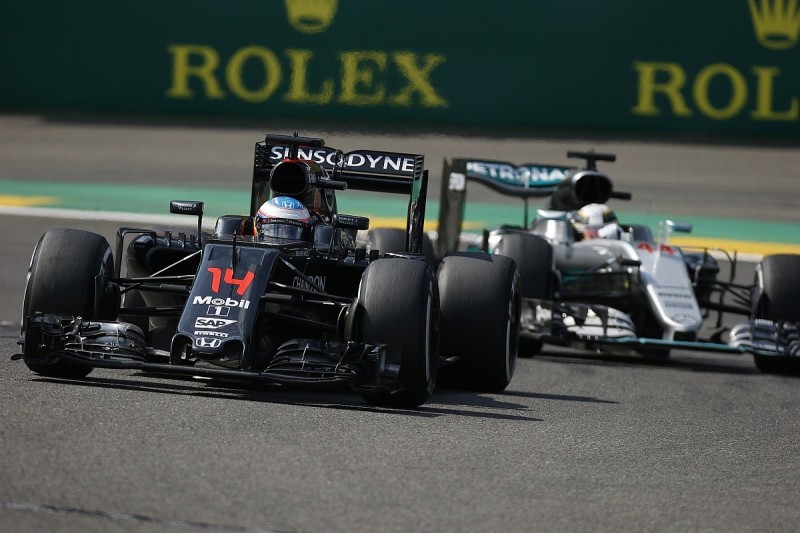 Honda now believes the drawbacks of that concept outweighed the advantages, so will now adopt the Mercedes-style route of the compressor being situated at one end of the engine while the turbo is located at the other.

The two elements of the turbocharging system will be joined by a connecting shaft that runs between the inside of the V-bank, also mirroring Mercedes.

As well as that, the water intercooler will be located in a niche between the chassis and the engine - which will significantly lower the power unit's centre of gravity.

Despite the dimensions of the engine being slightly larger than before, it is understood McLaren is still able to keep rear-end packaging of its new MP4-32 very tight.

Honda has also been focusing efforts on improving the internal combustion unit element of its package, having felt it made good energy recovery gains last year.

It is expected that Honda will adopt a multi-jet injector system to spray fuel inside the combustion chamber - similar to the turbo jet ignition system that Ferrari has put to good use.